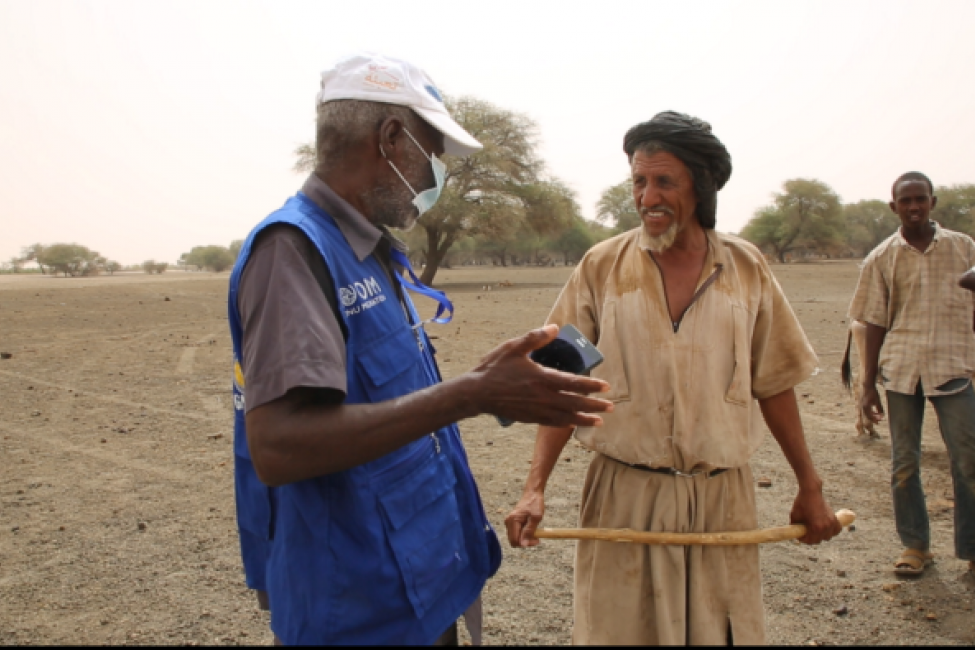 An IOM enumerator evaluates the impact of COVID-19 on nomadic communities in the Hodh Ech Chargui region in Eastern Mauritania, which borders Mali. Photo: IOM/C. Ly 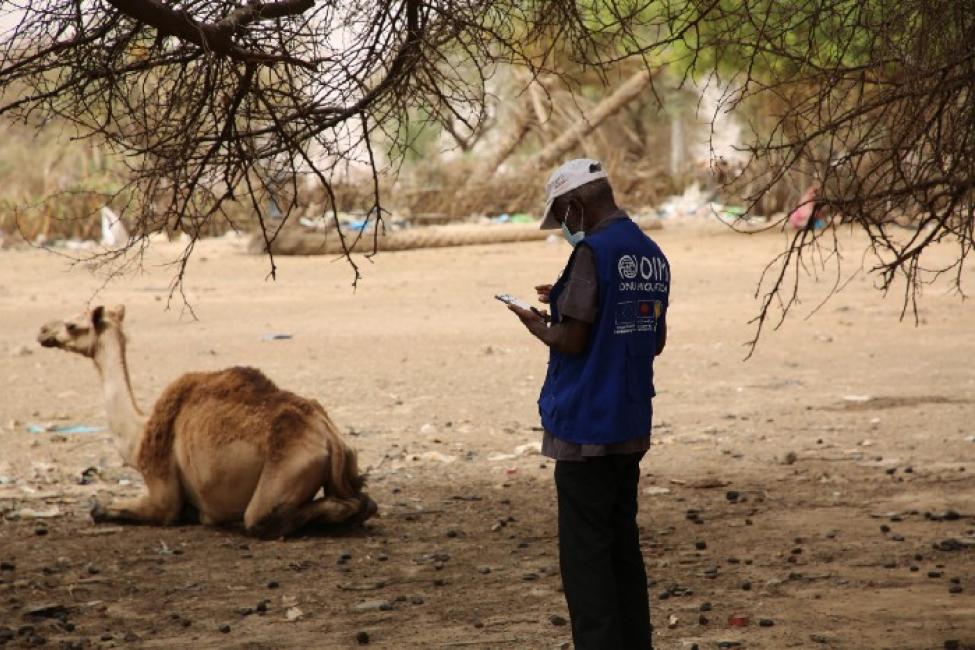 An IOM enumerator evaluates the impact of COVID-19 on nomadic communities in the Hodh Ech Chargui region in Eastern Mauritania, which borders Mali. Photo: IOM/C. Ly

Nouakchott/Dakar – Herders in Africa’s arid Sahelian region follow a seasonal cycle as they seek greener pastures for their livestock. Every year, thousands of men and beasts travel what’s known as “transhumance corridors” in a pilgrimage as old as time.

However, as a result of border closures decreed by Governments across West and Central Africa to limit the spread of COVID-19, herders and cattle who took to the corridor between Mauritania and Mali during the lean season now are stranded in border areas without resources to feed their livestock.

“Herders can no longer travel to Mali. They are stranded at the border and feel deprived. A large concentration of herders and their herds has been reported in the commune of Adel Bagrou, on the border with Mali,” explained Aliou Hamadi Kane, coordinator of the Groupement National des Associations Pastorales (GNAP), a Mauritanian herders association.

To monitor the situation and better address the needs of stranded herders, the International Organization for Migration (IOM) conducted a flow monitoring survey between May and June 2020. IOM learned a sizeable minority of herders – 16 per cent – were unaware of preventive measures to ward off the disease.

To address this deficit, IOM launched an awareness-raising campaign to combat the spread of the virus, which reached more than 1,200 people, and it installed hand-washing facilities in areas where herders have been stranded.

“The presence of thousands of herders along the small border areas has led to mixing of livestock and created tensions between them especially at water points,” Kane added. The impact of this situation on livelihoods and cattle health is also considerable.

“In this period, there is a lot of green grass on the Malian side. Mauritanian herders used to go there, but the closing of the borders is disrupting this flow. The Mauritanian government offers feed to livestock farmers, but it is not enough,” said Babiyé Ould Balemine, who participated in the IOM survey.

These tensions are compounded by health risks in this period of COVID-19. “Many Malian and Mauritanian herders do not distinguish the territories on which their cattle graze. These are roads people have travelled for years and years,” Babiyé explains.

Since February 2019, IOM has been working in partnership with GNAP to better understand the transhumance corridors through its Transhumance Monitoring Tool.

The tool’s methodology consists of collecting information on large and sudden population movements, their direction and the challenges faced by herders and their herds. The information is collected directly from the transhumant herders, notably through community relays.

The support to the herders was possible thanks to funding from the Government of Japan and the European Union through the EU-IOM Joint Initiative for Migrant Protection and Reintegration and Strengthening Border Management in Mauritania.