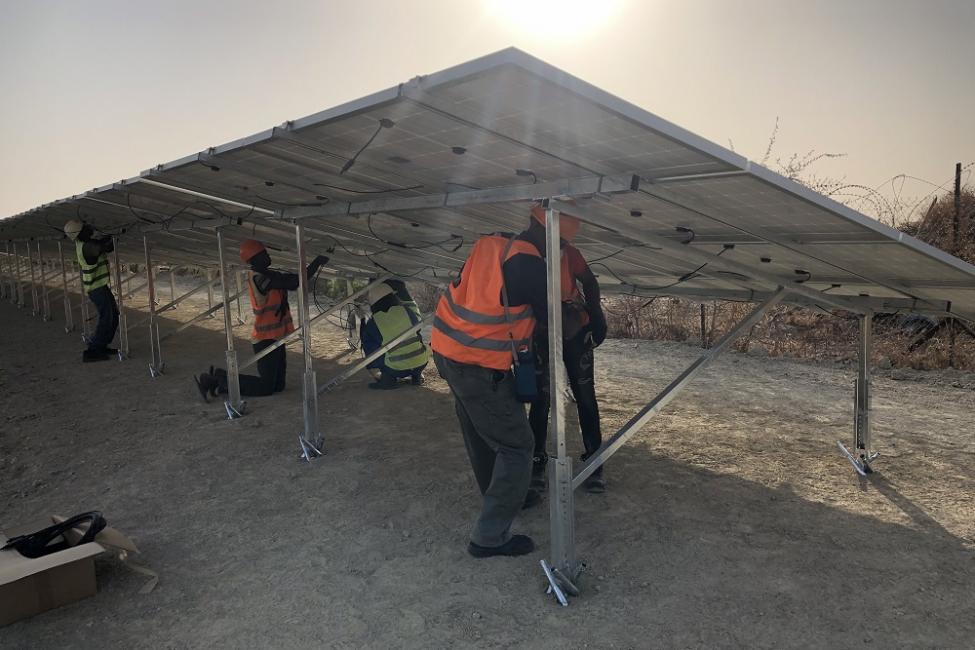 Managed by the International Organization for Migration (IOM), the plant will generate 900MWH of power and meet 80 percent of electricity demands in the Malakal facility, a ‘humanitarian hub’ that is base for 300 humanitarian workers from 34 humanitarian organizations in the area.

Together those workers serve nearly 30,000 internally displaced persons living in the adjacent United Nations Protection of Civilians (PoC) site as well as nearby vulnerable communities, including other migrants, living throughout Upper Nile State and parts of Jonglei State.

The hybrid solar power facility will generate electricity for office space and accommodations for humanitarian organizations and staff. The Hub was using some 1,200 litres of diesel per day and with the solar power plant, about 800 litres will be saved since 400 litres of fuel will now be used.

“The launch of the solar power plant could not have come at a better time,” said IOM’s Head of Sub-Office in Malakal, Arshad Rashid. “The restrictions on cross-border movement put in place by governments as a result of COVID-19 has meant delays in the fuel supply, and fluctuating costs of fuel needed to run generators. With solar power, we will be able to generate reliable and clean energy.”

The solar power plant has been developed by Norway’s Scatec Solar and Kube Energy, and part funded by the UK’s Department for International Development (DFID). With its installation, current energy costs will be reduced by an estimated 18 per cent, which includes a significant reduction in CO2 emissions and noise pollution.

“We are thrilled to have completed this project for IOM and the Humanitarian Hub in Malakal.  Given the considerable challenges of operating in South Sudan brought about by protracted war and harsh weather conditions especially during the rainy season, completion of the project in just over a year is a sizeable achievement,” said Raymond Carlsen, CEO of Scatec Solar.

According to IOM South Sudan’s Chief of Mission Jean-Philippe Chauzy, the development of the plant is consistent with the UN’s SDGs on Affordable and Clean Energy.

“South Sudan enjoys sunshine year-round. Even during the rainy season, we still have long periods of sun, so this bid to shift to solar power was a no brainer,” Mr. Chauzy explained. “It made absolute sense to fully optimize the power of the sun in this way. Investing in renewable energy is investing in a sustainable future and the launch of this innovative project will undoubtedly help us path a way towards the use of more renewable energy systems within the humanitarian sector.”