On International Day of the Disappeared: IOM Notes Plight of Families of Disappeared 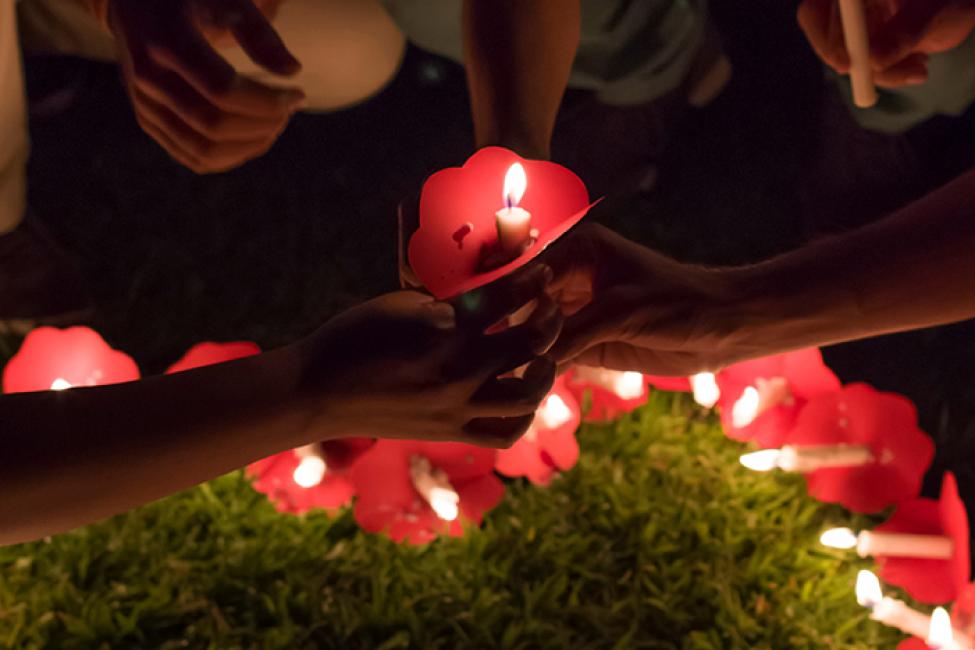 Geneva – On International Day of the Disappeared, IOM pays tribute to the families and loved ones of each person included in the Missing Migrants Project records – a total that today approaches 33,000 men, women and children.

No matter the context of the disappearance, the agony of even one disappearance can have deep effects on those left behind. Families missing a loved one are relentless in their faith that they will return someday, and unless they have certainty of the fate of that person, their lives become defined by an ambiguous loss between hope and grief.

“My two children left and never came back,” said Maman Dior, from east Dakar, Senegal, a district where hundreds have left and later went missing. “It's been 13 years that day and night, I wonder if they are dead or in prison, or if they will come back one day. At one point, we simply have to resign ourselves to the fact that our children stop being part of our daily lives even if we have no proof of their death."

In the context of migration, disappearance can occur in many ways.

People may lose touch voluntarily when they move to a new place and in that sense, they “disappear.” Others fall out of touch involuntarily, without access to communication or contact information, especially if they find themselves in situations of detention or forced labour.

It is nonetheless possible that these people will regain contact with their families in the future.

Then there are people who disappear during migration and will never be in contact again.

Since 2014, IOM’s Missing Migrants Project has recorded worldwide over 32,700 people who have died or gone missing and are presumed to be dead. Historical records suggest that since 1996, this number is approximately 75,000, although this is just as likely to be an undercount of the true number of fatalities: as not all deaths and disappearances are reported.

It may be impossible at times to determine if someone died in the context of migration. People’s remains may never be found or identified. For instance, since the Project started documenting deaths during migration, the remains of over 12,000 people have yet to be recovered from the Mediterranean Sea. At the same time the majority of those found will never be formally identified. Or buried.

“The rights of migrants, including the right to life, must be protected in order to ensure that migration is safe, orderly, dignified and humane and so disappearances in the course of migration do not occur,” says Frank Laczko, Director of IOM’s Global Migration Data Analysis Centre, where the Missing Migrants Project is based. “In cases when people do go missing or die, they and their families have rights, regardless of nationality or legal status.”

In 2019 and 2020, IOM is carrying out a pilot research project with families searching for missing migrants along the Western and Central Mediterranean routes towards Europe. The hope is that the findings will result in recommendations for how IOM and other actors can better address their needs.

For the latest data on deaths and disappearances on migration routes worldwide, visit the Missing Migrants Project website here.