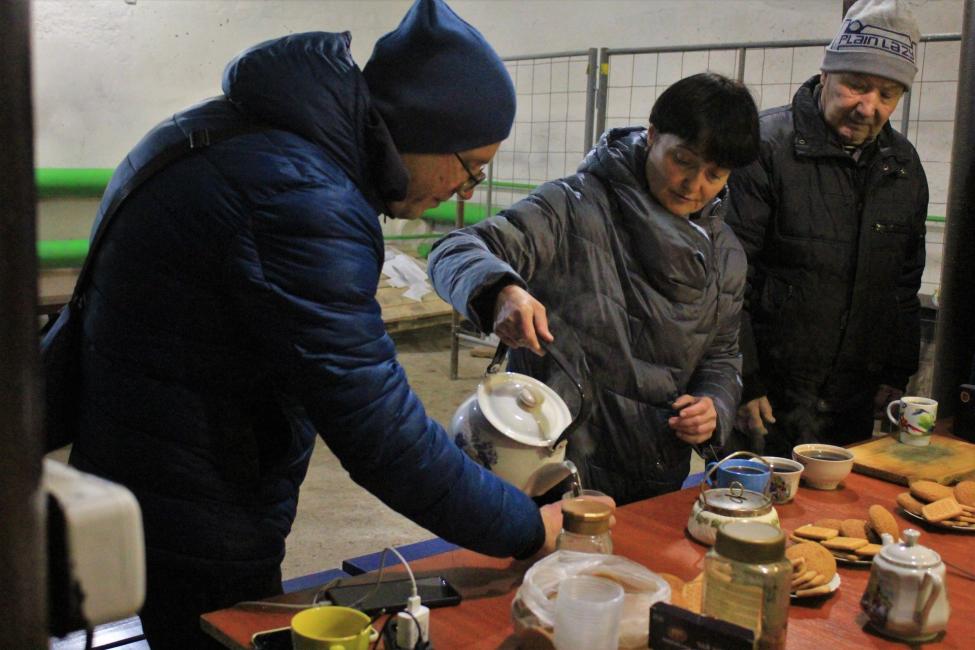 People gather at a heating point in Kharkiv, which operates thanks to a generator provided by IOM. Photo: IOM/Dariia Koniukh

Kyiv – As temperatures in Ukraine slide down to minus 10 degrees Celsius, and despite attacks on power supply and heating systems, data collected by the International Organization for Migration (IOM) shows that only 7 per cent of respondents nationwide are actively considering leaving their location.

Even in the event of prolonged cuts to all key utilities without a timeline for repair, two out of three say that they would not leave their homes.

At the same time, private resources for survival are becoming scarce, as 43 per cent of all households in Ukraine have exhausted their savings. To reduce costs, 63 per cent of respondents have reported that they are rationing their use of gas, electricity, and solid fuel.

“We must support them during winter, particularly those with no access to shelter or heat. IOM urges stakeholders to scale up their efforts as the needs keep growing with each passing day.”

The multiple attacks on Ukraine’s energy infrastructure have caused massive disruptions to water, electricity, and heating supply across the country.

As of December, over 5 million people who had been displaced, within Ukraine or beyond, have returned home.

“There were only 700,000 persons living in Kharkiv in March and now there are over 1.1 million. People are coming back and are determined to stay. We need to take care of them,” says Ievhen Hryschenko, Technical Director of the Kharkiv Heating Networks.

Ukrainian authorities at central and local levels are addressing people’s most pressing needs by setting up “heating points” at strategic locations, where people can warm up, charge their phones, have hot drinks, and access vital services such as first aid.

IOM has already donated 18 generators to the municipality of Kharkiv. According to Hryschenko, one of the generators is used to provide heating for 28 multistorey residential buildings, a school, a kindergarten, and a clinic. IOM has provided another four generators to the war-affected city of Mykolaiv in southern Ukraine.

In Sumy, another region heavily affected by shelling, the Organization has delivered thousands of mattresses, blankets, and bed sets, as well as solar lamps and jerry cans to 150 government-established heating points.

Similar assistance will be delivered to other regions in Ukraine, while another 1,200 generators are set to arrive in the coming weeks.

You can access the full Internal Displacement Report here.