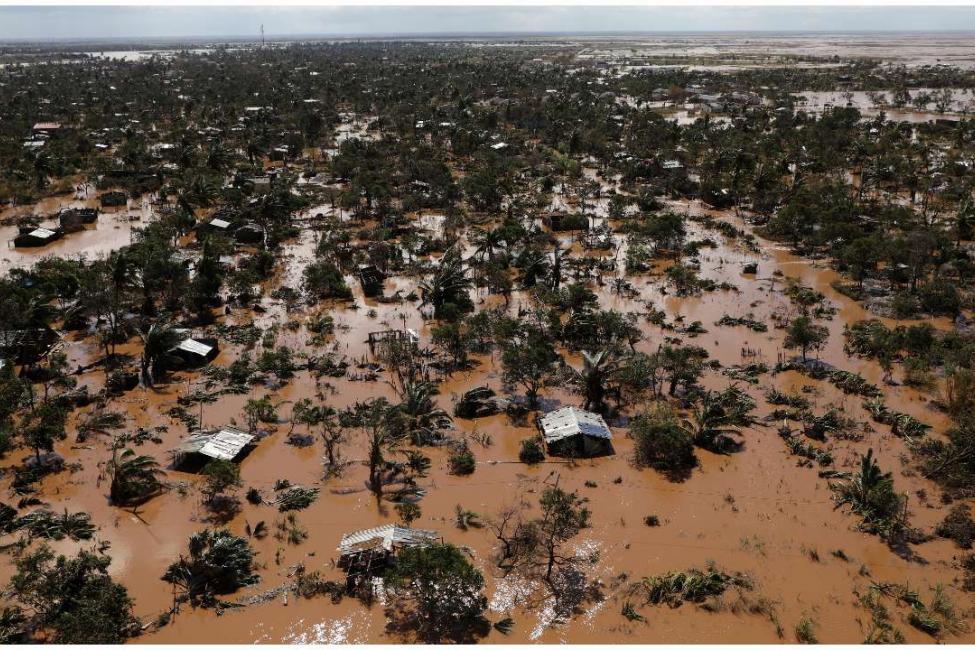 Maputo – The International Organization for Migration (IOM) is appealing for USD 36.4 million for the next six months, to respond to the humanitarian needs of an estimated 1.85 million people affected by Cyclone Idai in Mozambique.

“For IOM and the broader international community, this is a massive humanitarian emergency,” said IOM Director General António Vitorino. “The cyclone’s impact caused loss of life and left extensive destruction in its path.”

The full impact on Mozambique – where the death toll stands at 446, with over 109,000 displaced – is expected to increase, because of widespread destruction to farmland and fisheries. This is expected to create food insecurity for the affected population over the coming months.

“Given its devastating impact, Cyclone Idai could rank as the worst disaster to hit the region in decades,” Vitorino added.

The Category four tropical cyclone made landfall on 14 March and caused widespread destruction in Zimbabwe, Malawi and Mozambique.

Last Friday (22 March) an IOM Level 3 Emergency was declared for Mozambique and USD 500,000 in emergency relief funds were released by the Organization. IOM’s current appeal is part of a broader Humanitarian Response Plan for Mozambique from the UN Office for the Coordination of Humanitarian Affairs (OCHA), which was revised to include a USD 282 million appeal for flood response following Cyclone Idai.

Surge teams have been deployed to the affected areas from around the world. There are 13 rapid response officers on the ground in Mozambique and Zimbabwe, and 27 more incoming for the three affected countries. These rapid responders will focus on emergency and cluster coordination; assessments; IOM’s Displacement Tracking Matrix (DTM); and more strengthening of government led efforts; among other key technical areas.

IOM has raised the alert about emerging health issues amongst the affected population, two weeks after the Category four tropical cyclone made landfall.

“During crises like Cyclone Idai, many people flee their homes, exacerbating the health risks,” said Katharina Schnoering, Chief of Mission for IOM Mozambique, the worst-affected country.

“It is very important to ensure that people receiving treatment can continue to receive support, particularly those displaced and unable to access their homes and normal health services.”

IOM will target 100,000 people in need of health support during this emergency phase. Health referrals, transfer and assisted hospital discharge for cyclone affected populations is essential. The aim of the assisted emergency health referrals is to reduce morbidity and mortality among cyclone affected population by increasing access to medical care for the most vulnerable including the critically injured, children, elderly, women (pregnant and lactating), people with disabilities, HIV and TB patients and other vulnerable persons.

As the response grows, aid continued to arrive in Beira, with 20 tonnes unloaded by the United Kingdom Air Force this morning and more arriving tomorrow. This included solar lanterns, water purifiers and shelter kits, forklift trucks and other equipment to help quickly unload aid from planes and cut the time it takes to get relief items to those in need. In addition to a flight containing more than 7,500 shelter kits and 100 family tents which arrived in the country last week. IOM is assisting in the secure warehousing of all such aid materials as well as its distribution to the areas of top concern.

The European Commission is also responding to the through the Union’s Civil Protection Mechanism. Offers of aid from Germany, Denmark, Italy, Spain, United Kingdom, France, Luxembourg and Portugal have been accepted by Mozambique.