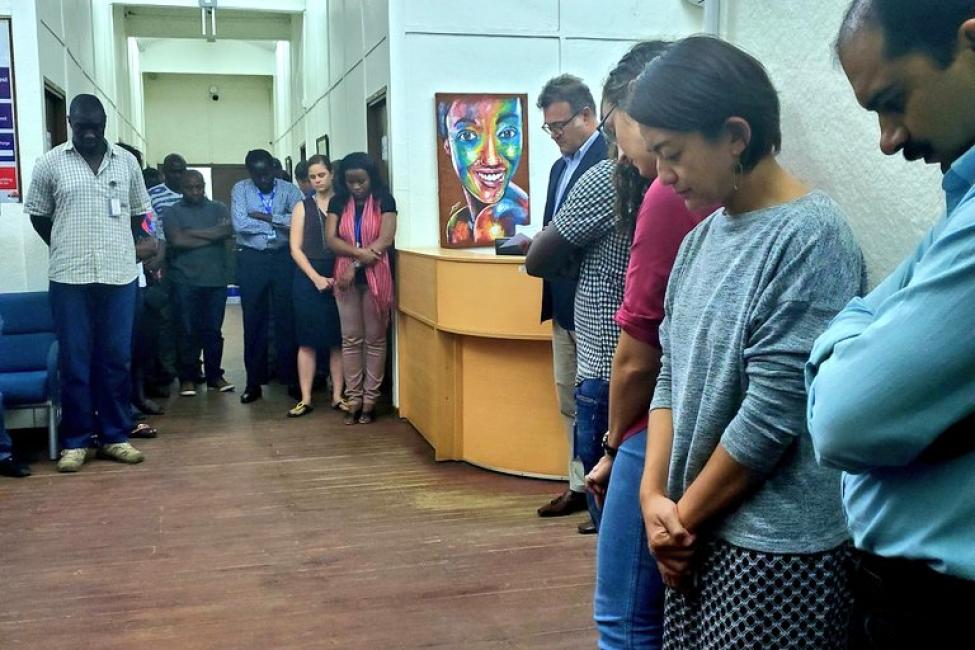 Juba – The International Organization for Migration continues to call for the unconditional release of a female volunteer and a four-year-old child abducted in South Sudan during gun-battle on Sunday morning that claimed the lives of three IOM humanitarian workers.

“There are efforts are being made at this time to try to locate the whereabouts of our missing colleague and the child,” IOM South Sudan Chief of Mission Jean-Philippe Chauzy said this morning.

“All possible action is being taken with the goal of trying to get our colleague released from her abductors immediately without any pre-conditions.”

On Sunday a group of IOM volunteers were caught in the crossfire between two armed groups in Isebi, in Morobo County, in South Sudan’s Central Equatoria region.

In addition to two men and one woman who were killed, two other male volunteers suffered non-life-threatening injuries. The abducted child is the son of the woman who was slain.

IOM’s humanitarians were working in Ebola screening point in border areas between South Sudan and the Democratic Republic of Congo, tracking the spread of the deadly disease.

Chauzy and a small team from Juba flew to Yei the largest town in the area where the incident occurred yesterday for an emotional meeting with IOM volunteers and colleagues of the deceased, and later the deputy governor.

"It was extremely important to meet with our volunteers, to listen to their concerns, their stories about the people who died. It was raw but I also want them to know that no effort is being spared to ensure their safely and to locate the missing," Chauzy said.

IOM began operations in southern Sudan in early 2005 and established the IOM South Sudan mission after the country’s independence in July 2011.

Since the outbreak of the conflict in December 2013, IOM has provided support to thousands of host communities, returnees, and internally displaced people including those seeking protection at the United Nations Mission in South Sudan Protection of Civilians sites.