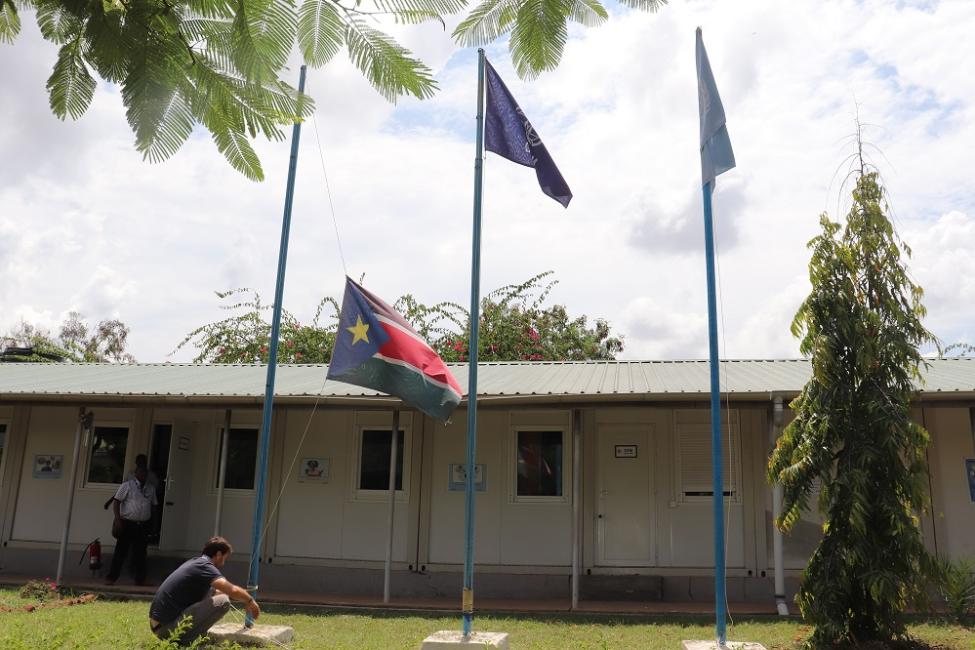 “We are deeply saddened by the loss of our colleagues and we extend our heartfelt condolences to their families and friends,” said IOM South Sudan Chief of Mission, Jean-Philippe Chauzy in Juba.

“We call for the perpetrators of these senseless acts of violence against innocent civilians and humanitarians to be brought to justice.”

The IOM volunteers, one female and two males, were caught in a crossfire during clashes that broke out in the morning hours of 27 October in Isebi, in Morobo County. Two other male volunteers suffered non-life threatening injuries, one of whom is recovering from a gunshot wound.

A female volunteer and a four-year-old son of the murdered female aid worker were abducted during the attack. Their whereabouts remain unknown.

IOM’s humanitarians were working in Ebola screening points in border areas between South Sudan, Uganda and Democratic Republic of Congo, tracking the spread of the deadly disease.

IOM Director General António Vitorino has expressed his “great pain and revulsion” at the assaults on civilians.

“We grieve alongside our staff in South Sudan, for the families of the victims and reiterate that humanitarians and civilians are not and should never be subjected to such heinous acts of violence – we are not a target,” said Mr Vitorino.

“The safety of our personnel is paramount and will not be further jeopardized until we secure guarantees for the security of all our personnel operating in Morobo County,” said Chief of Mission Chauzy. “No effort will be spared to support the grieving families and we reiterate our commitment to support the people of South Sudan.”