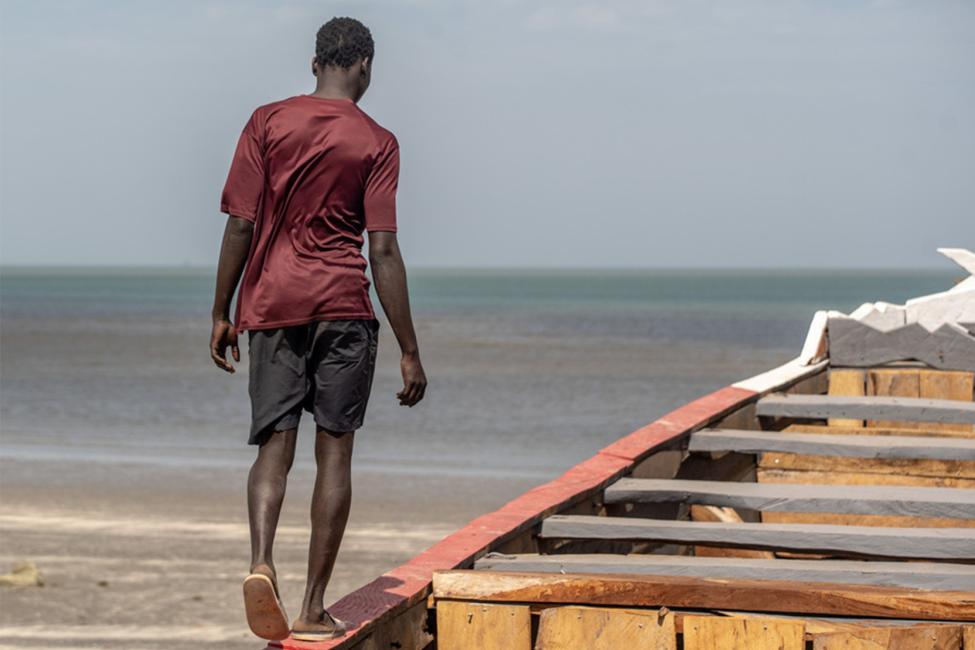 Sheikul narrates his migration experience while on an empty boat, similar to the one he traveled on. Photo: IOM/Alessandro Lira

Berlin – More than 50,000 people worldwide have lost their lives during their migratory journeys since IOM’s Missing Migrants Project began documenting deaths in 2014, according to a new IOM report published today (23/11). Despite the increasing loss of life, little action has been taken by governments in countries of origin, transit, and destination to address the ongoing global crisis of missing migrants.

“While thousands of deaths have been documented across migration routes each year, very little has been done to address the consequences of these tragedies, let alone prevent them,” says Julia Black, co-author of the report.

“Regardless of the reasons that compel or drive people to move, no one deserves to die in search of a better life.”

Over 30,000 people in the Missing Migrants Project records are of an unknown nationality, indicating that more than 60 per cent of those who die on migratory routes remain unidentified—leaving thousands of families searching for answers.

“As time goes by, there is no news,” a Moroccan migrant in Spain told IOM in 2021 while searching for his brother who disappeared 20 years ago en route to Europe.

Of the missing migrants whose nationality could be identified, more than 9,000 were from African nations, over 6,500 were from Asia and another 3,000 were from the Americas. Notably, the top three countries of origin— Afghanistan, Syria and Myanmar—are marked by violence, with many people fleeing their homes to seek refuge abroad.

More than half of the 50,000 individual deaths documented occurred on routes to and within Europe, with Mediterranean routes claiming at least 25,104 lives.

European routes also make up the largest total number and proportion of people who are missing and presumed dead with at least 16,032 recorded missing at sea whose remains were never recovered.

Africa is the second-deadliest region for people on the move, with more than 9,000 deaths during migration documented on the continent since 2014. Regional household surveys indicate that these figures are almost certainly a vast undercount.1

Another 6,200 deaths have been documented across Asia. Children make up more than 11 per cent of the lives lost on migratory routes in Asia, the highest proportion of any region. Of the 717 deaths of children recorded during migration in the region, more than half (436) are of Rohingya refugees.

In Western Asia, at least 1,315 lives have been lost on migratory routes, many of which occur in countries with ongoing conflicts that make documentation of missing migrants extremely challenging. At least 522 people arriving from the Horn of Africa have died in Yemen, often due to violence, and the deaths of 264 Syrians have been documented during attempts to cross the border to Türkiye.

We stress that obligations under international law, including the right to life, must be upheld at all times. We need to work together to prevent and reduce further deaths by prioritizing search and rescue operations, improving and expanding regular and safe migration pathways, and ensuring that migration governance prioritizes the protection and safety of people on the move. 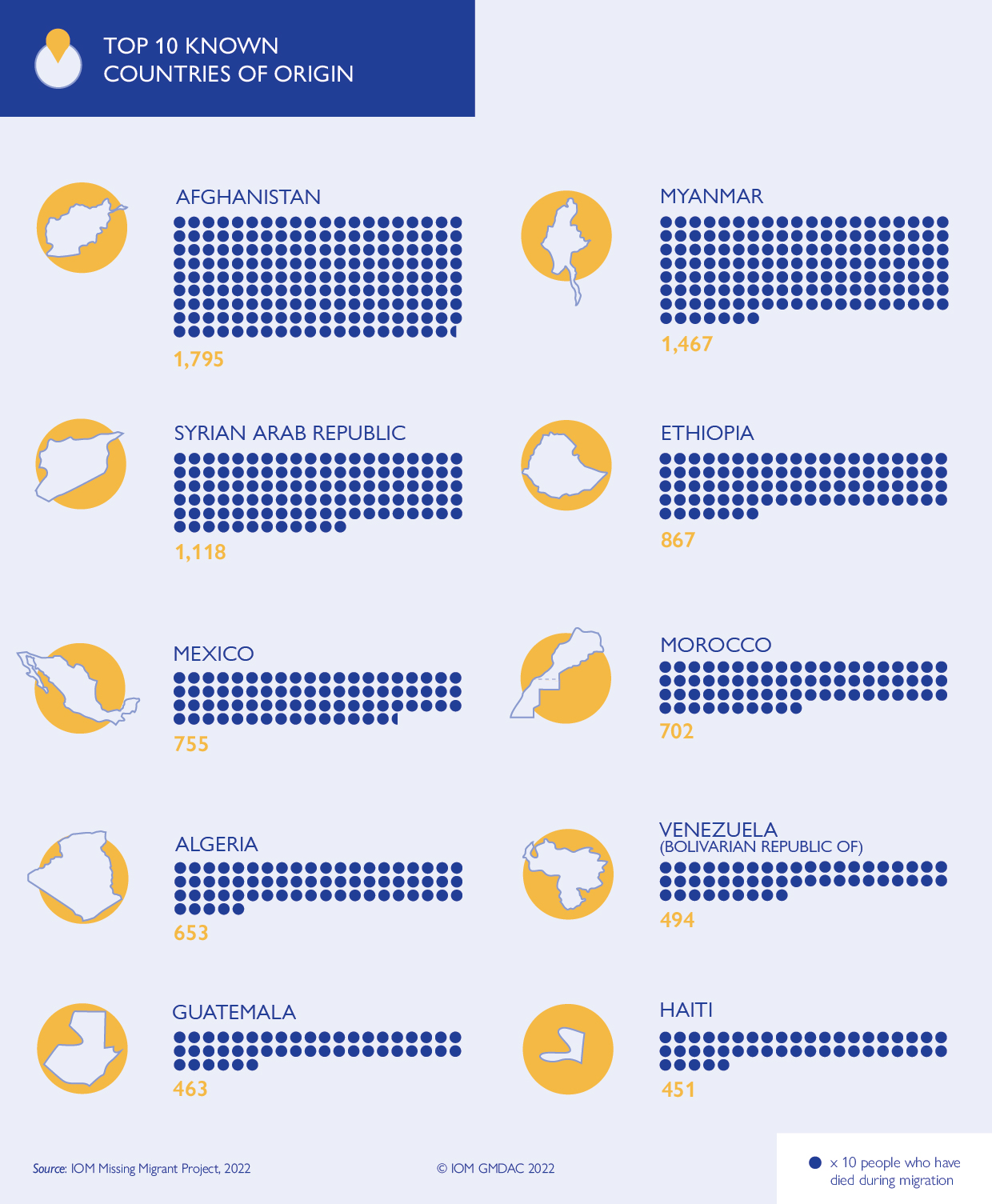 1 A 2021 household survey conducted by the Ethiopian Central Statistics Agency, for example, indicates that more than 51,000 Ethiopian migrants alone were reported as missing by their families.