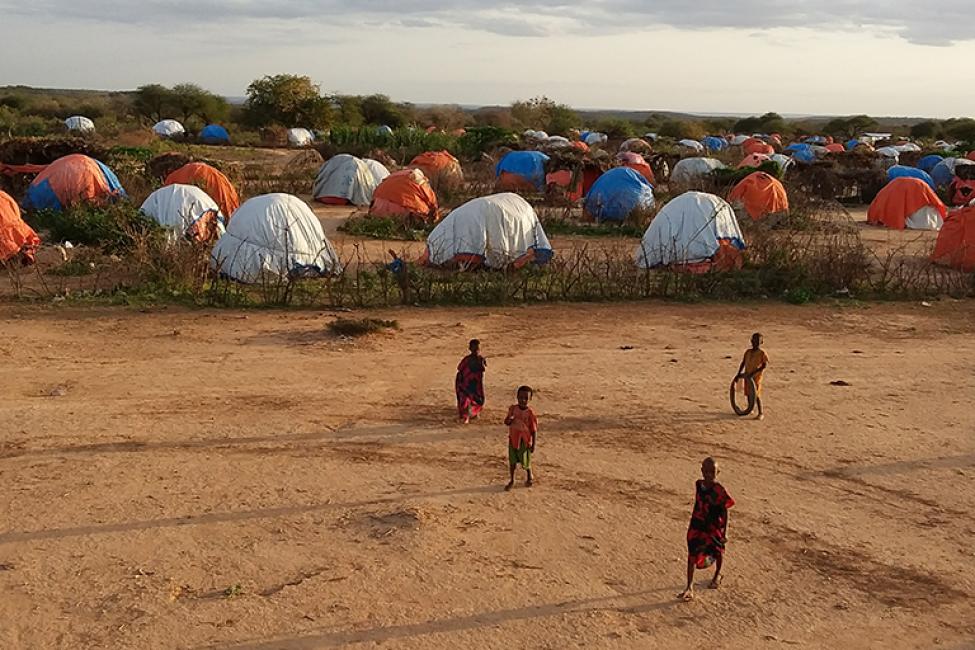 Addis Ababa – The Government of the Federal Democratic Republic of Ethiopia this week (23/10) endorsed the International Organization for Migration (IOM)’s inaugural National Displacement Report for Ethiopia.

The Report reveals for the first time the number of internally displaced persons (IDPs) in the country who are returning to their communities, their condition, and their needs.

Completed in October, it shares findings from data collected in July via site assessment of 1,163 sites throughout the country, and that reflects 1,642,458 people as internally displaced.

The biggest causes of displacement were conflict which displaced 1,089,856 IDPs, followed by drought which affected 424,845 IDPs and seasonal flood which affected 35,995 IDPs.

Using a new tool called the village assessment survey it identified that 816,813 of IDPs, across 659 villages, had returned home in June.

The Government is currently leading a return initiative, that began in April 2019. This follows ethnic clashes in parts of the country in 2018, which contributed to a highly fluid situation, as evidenced by 3.04 million people who were recorded as displaced in March 2019.

To assist in this work, IOM Ethiopia continues to collaborate closely with national, regional and local government counterparts to track mobility.

It is working with the National Disaster Risk Management Commission (NDRMC), for the site assessment and the village assessment surveys, and the Ministry of Labour and Social Affairs (MoLSA) for flow monitoring, throughout the data collecting and data endorsement process.

UN Migration has been conducting mobility tracking using a series of tools since 2012, and from September 2019 active tools now also include site assessments (SA) and village assessment surveys (VAS).

Besides mobility tracking, IOM also implements flow monitoring, which is used to track ingoing and outgoing migration flows at strategic areas of transit.

The recently released National Displacement Report is a new way of reporting on the displacement of people that was adopted by IOM Ethiopia’s Displacement Tracking Matrix (DTM) programme this year and replaces previously produced National Dashboards and Regional Reports.

The data are shared with government and humanitarian counterparts to inform programming, strategic planning, targeted response and advocacy.

Data are also used in institutional documents, including the Humanitarian Needs Overview and Humanitarian Response Plan.

“We are very pleased to be able to provide comprehensive data on IDP populations, returning IDPs and host communities through our National Displacement Report. This data will help inform humanitarian response, development programming and government policy and advocacy,” said Cecilia Thiam of DTM Ethiopia.