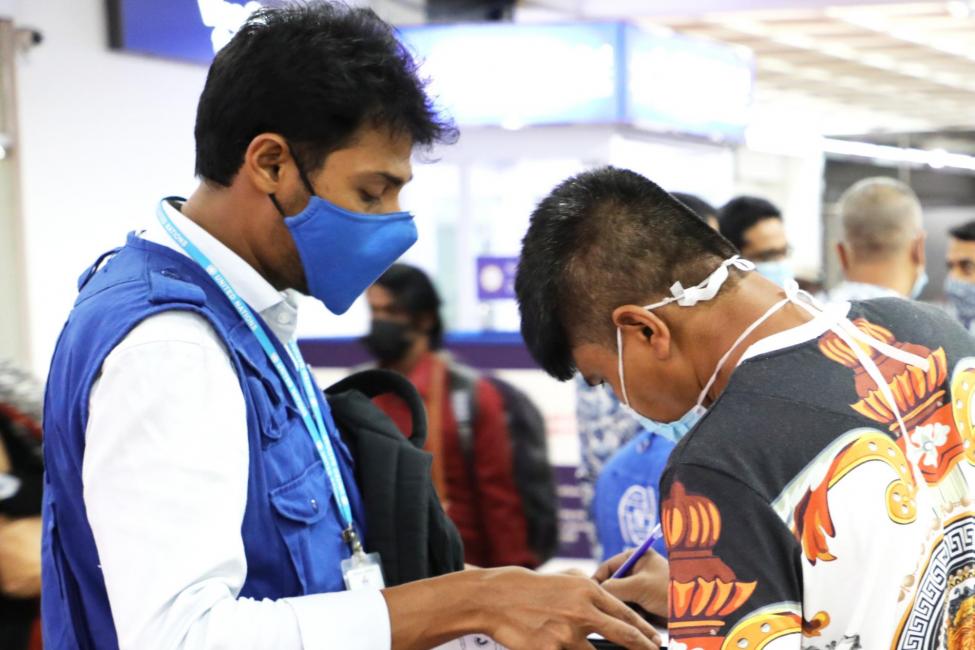 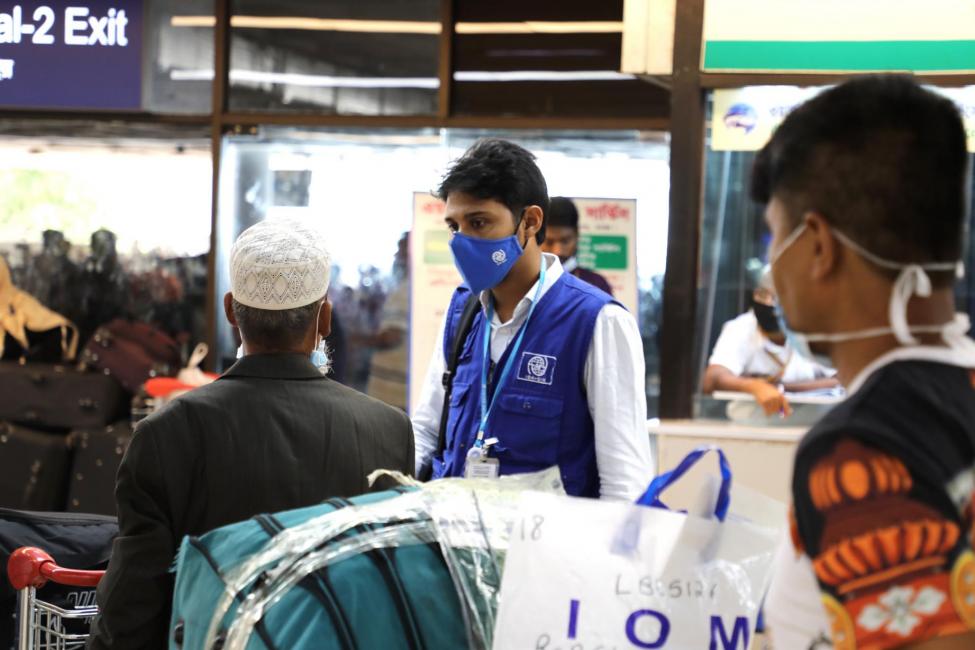 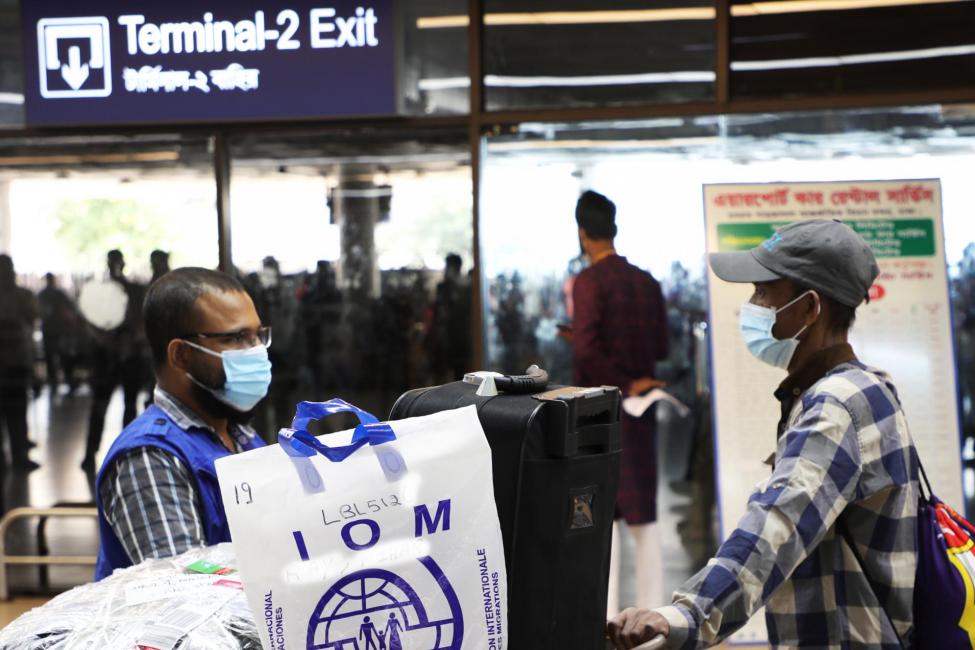 Beirut/Dhaka – The International Organization for Migration (IOM) said today an increasing number of migrant workers are desperate to escape economic hardship in Lebanon and a group of stranded Bangladeshis among them arrived in Dhaka today from Beirut with IOM, Bali Process and government help.

“Many migrants are reaching out to IOM. They have lost their jobs, they are hungry, they cannot access medical care, and feel unsafe,” said Mathieu Luciano, head of IOM in Lebanon. “Many are so desperate that they want to leave the country, but they do not have the means to do so.”

A recent IOM survey of more than 1,000 migrants in Lebanon showed that nearly half wanted to return home. With the economy in deep crisis and a political stalemate after the government resigned following the devastating Beirut Port explosion a year ago, embassies have also seen a sharp rise in the number of migrants asking to return to their countries of origin.

The IOM survey revealed that many migrants have lost their jobs and livelihoods, and an increase in exploitative practices such as non-payment of wages, unfair dismissal, or breach of contracts by employers, have subjected migrants to greater hardship.

“There is a clear need to rapidly scale up IOM’s emergency programmes, including voluntary humanitarian return,” Luciano said.

Today's 18 arrivals in Dhaka followed a coordinated effort from the Bali Process, through its Voluntary Returns Support and Reintegration Assistance Programme, and IOM’s Cooperation on Migration and Partnerships for Sustainable Solutions (COMPASS) initiative funded by the Ministry of Foreign Affairs of the Netherlands, to support and protect stranded migrants, particularly against human trafficking and smuggling.

“The economic crisis coupled with the COVID-19 pandemic has exacerbated the vulnerabilities of Bangladeshi migrants in Lebanon,” said Giorgi Gigauri, IOM Bangladesh’s Chief of Mission. “We will continue to work with the relevant governments, donors, and partners whose efforts are highly appreciated to facilitate voluntary return and reintegration of migrants in vulnerable situations.”

Before leaving Beirut, the migrants had health checks, including COVID-19 tests, were screened for protection vulnerabilities by IOM, and given transport. They were also provided with post-arrival reception assistance in Bangladesh and will receive reintegration support.

IOM and other UN agencies and NGOs have launched an Emergency Response Plan (ERP) 2021-2022 to address the growing needs of the most vulnerable Lebanese and migrants and provide life-saving humanitarian support. The plan, costed at USD 378.5 million, complements the Lebanon Crisis Response Plan and United Nations Relief and Works Agency (UNRWA) programmes for Syrian and Palestinian refugees, and the communities hosting them.

The ERP is available online here.