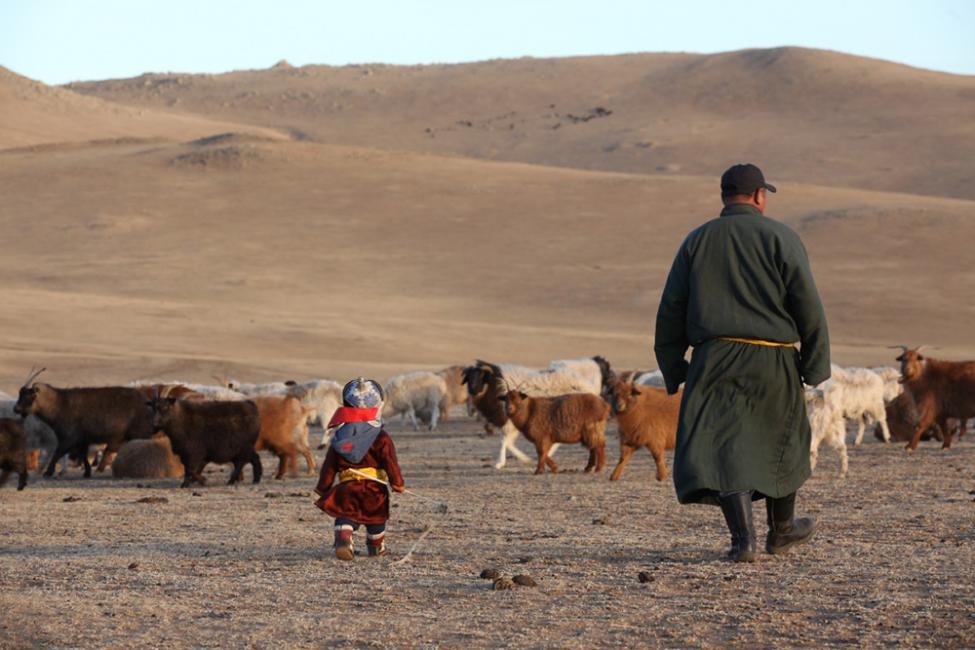 The event, which was part of a joint IOM / NEMA project on climate change and disaster-related migration, brought together migration experts and representatives from government, NGOs and UN humanitarian agencies to discuss the role of IOM’s Displacement Tracking Matrix (DTM.)

Mongolia suffers from natural disasters including droughts and bitterly cold dzud winters, which kill livestock and force herders to migrate to urban areas. Fewer economic opportunities in the countryside are also causing growing numbers of rural people to migrate to cities.

IOM and NEMA have conducted a baseline study to monitor population mobility for disaster preparedness in Mongolia using the DTM. The study will help the Government of Mongolia to establish a comprehensive system to collect data on displacement caused by climate change and natural disasters.

“Clear and timely data is essential for emergency preparedness and response. All stakeholders involved in providing humanitarian assistance need to be able to access shared data to make sure that no vulnerable groups of people are excluded,” said IOM China and Mongolia Chief of Mission Giuseppe Crocetti.

IOM’s DTM was first created as a tool to capture the number and location of people in displacement situations. Over time it has been customized for use in different countries and has developed into a more complex system for faster data dissemination and response. In Asia it has been used to promote emergency preparedness in Afghanistan, Lao PDR, Philippines, Cambodia and Indonesia.

NEMA Deputy Director and DTM Team Leader Batmunkh Uuganbayar told workshop participants that rural livelihoods in Mongolia depend heavily on the environment. “In order to analyze patterns of herders’ internal migration, NEMA has now assessed the data in 330 soums (districts.) DTM implementation is bringing opportunities for further coordination and partnership at all levels,” he said.