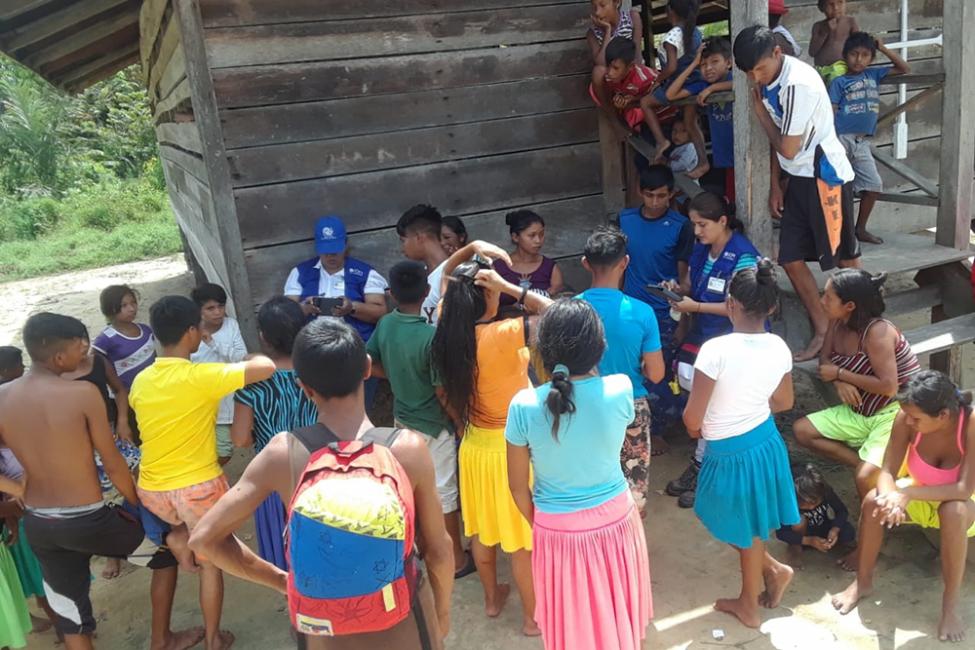 The initiative, carried out as part of IOM Regional Action Plan (RAP), has reached over 793 Venezuelan refugees and migrants, particularly members of the indigenous Warao tribe arriving in the regions of Barima Waini and Pomerron Supanaam.

Many Venezuelans are using boats to cross into Guyana, where they are arriving without food, shelter, and other necessities. Since most of them are only fluent in the Warao dialect, communication has proved difficult.

IOM has distributed lifesaving information, including guides on how to access documentation and the regularization process in Region 4 (Demerara-Mahaica) and Region 2. Thanks to a Memorandum of Understanding (MOU) signed with the Venezuelan Support Group (VSG) and the help of the Civil Defense Commission, IOM has been able to distribute this information in borderline areas that are difficult to access.

IOM Displacement Tracking Matrix (DTM) has also been deployed to understand the needs and identify vulnerabilities in the migrant population, particularly in those with a higher risk of becoming victims of human trafficking, smuggling, and irregular migrants. In a first phase, DTM was implemented in Regions 1 and 4, as well as in Georgetown. This initial stage of the study concluded on September 5 and will be made available later during the year.

In parallel, IOM Guyana has organized workshops to train first-line response officers from the Ministry of the Presidency, Guyana Defence Forces, Ministry of Indigenous Affairs, Ministry of Foreign Affairs, Guyana Public Force, Ministry of Communities, Department of Migration, and the Ministry of Public Health on issues such as human trafficking, smuggling and other vulnerabilities; direct assistance and referral systems.

These humanitarian aid efforts to assist Venezuelan refugees and migrants and strengthen government capacity in Guyana have been made possible thanks to funding from the United Nations Central Emergency Response Fund (CERF).