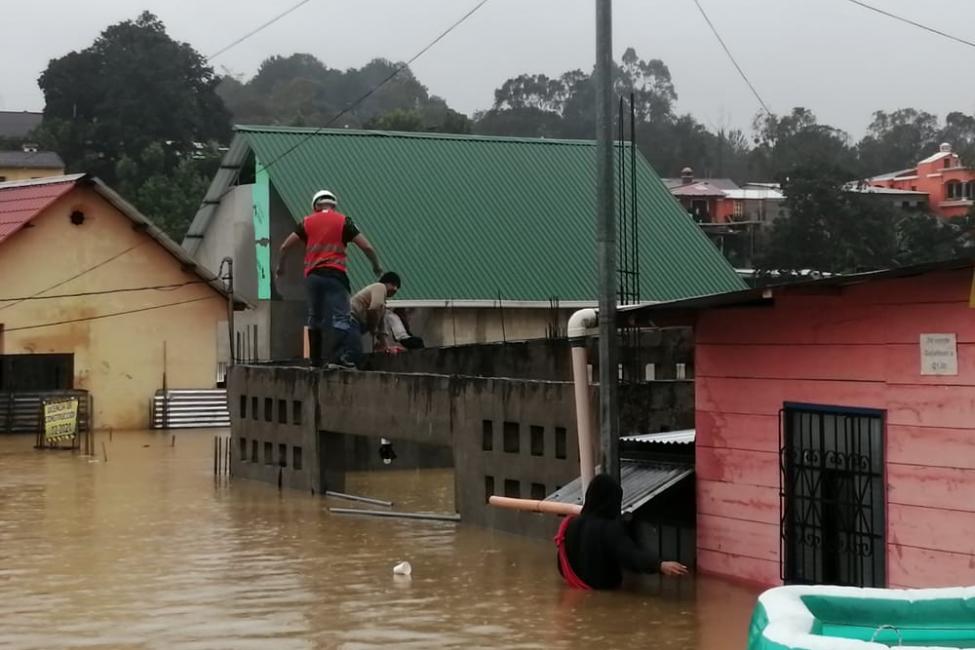 In San Pedro Carchá, in the Guatemalan department of Alta Verapaz, the community doubled as first responders. Photo: Emiliano Tux 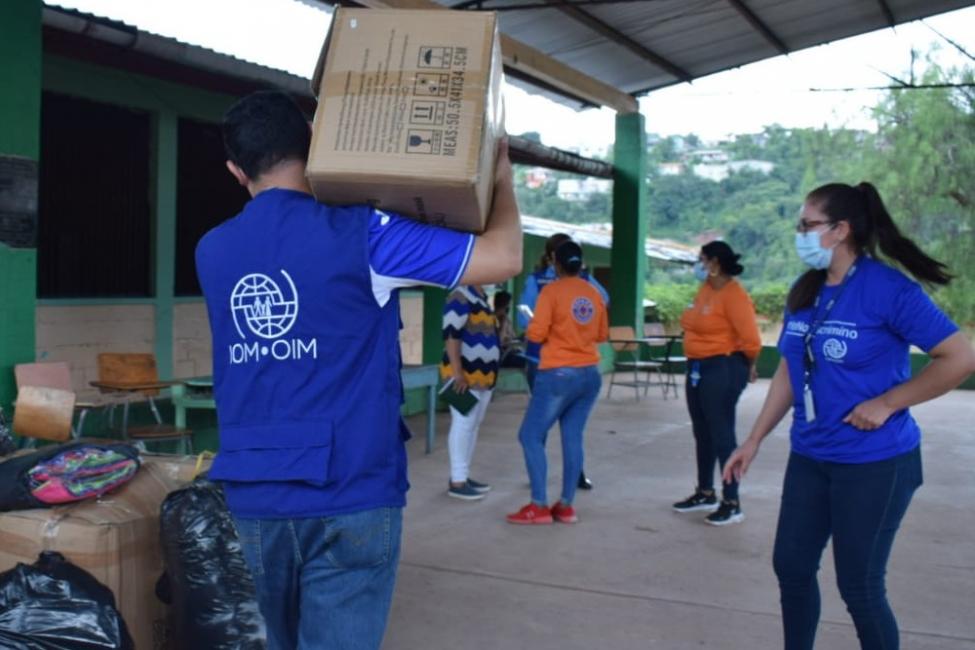 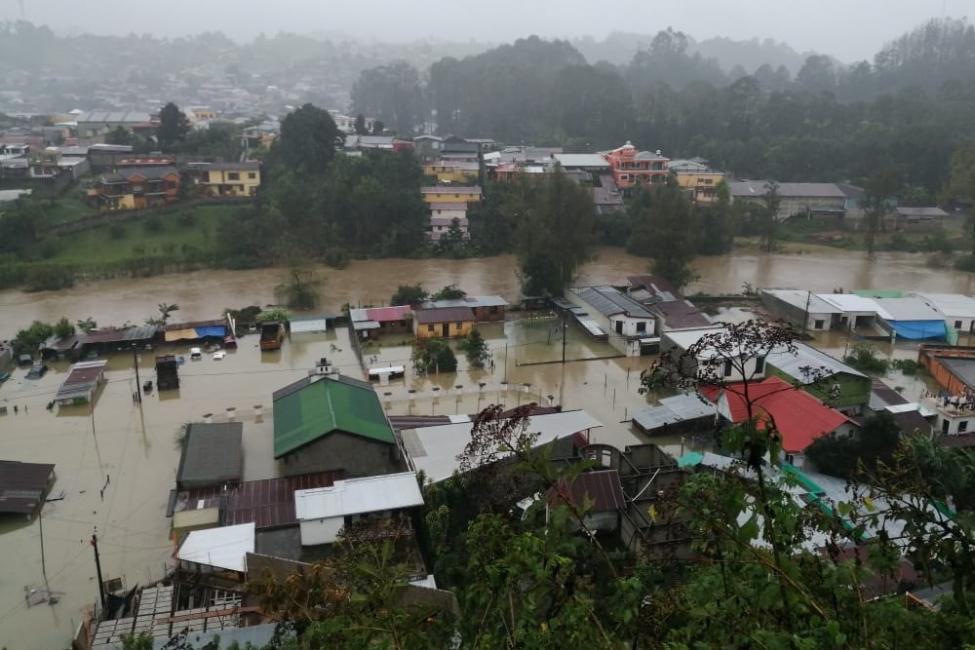 The Cahabon River, as it passes through San Pedro Carchá in Guatemala, overflowed, driving dozens of families from their homes. It is feared that the total number of people affected by Hurricane Eta in Central America is around 2.5 million. Photo: Emiliano Tux

San José, Costa Rica – The International Organization for Migration (IOM) has joined the efforts of the United Nations System and other humanitarian and governmental actors to respond to Hurricane Eta, an emergency impacting 2.5 million people across Central America as authorities monitor a new storm emerging in the Caribbean.

IOM personnel in Honduras, Guatemala, El Salvador, and Belize have traveled to the most affected areas –since Eta made landfall on 3 November, to distribute thousands of emergency kits, including kitchen sets, mattresses, sheets and hygiene products.

In Honduras, where 1.8 million people have been impacted by the Category 4 storm, IOM has already delivered more than 39,000 personal protection items in an effort to mitigate the impact of COVID-19, as well as hygiene kits, blankets, clothes and water bags.

In Nicaragua, IOM in coordination with local NGOs and civil society organizations present in affected areas will assist the delivery of food kits and hygiene items. In Mexico, IOM will distribute humanitarian aid to seven shelters in the south of the country while evaluating the extent to which shelters in Chiapas have been affected.

The deployment of Displacement Tracking Matrix (DTM) teams has also begun. DTM will collect critical information on the population displacements caused by Hurricane Eta, facilitating decision-making that can save lives in the coming weeks and aid the recovery of the affected areas.

As the leader of the humanitarian cluster focused on shelter management (Camp Coordination and Camp Management), IOM coordinates UN efforts with the governments of Honduras, Guatemala, El Salvador, and Nicaragua to ensure the provision of services and avoid overlap of efforts and reduce gaps in humanitarian care.

According to OCHA, in the three countries of northern Central America, at least 358,000 people are temporarily housed in schools and other buildings.

"The most immediate needs are food, protection and shelter for the affected people, as well as other basic items that help guarantee their dignity," said Jorge Peraza, IOM Chief of Mission in Honduras, El Salvador, and Guatemala.

"Hurricane Eta has exacerbated social and economic conditions that were already present in some sectors of the countries of northern Central America, adding to the vulnerabilities the people there already face."

IOM’s Regional Director for Central America, North America, and the Caribbean is particularly worried about the destruction of crops and the impact on local economies in some parts of Nicaragua, Honduras, and Guatemala.

"The damage there can worsen the conditions of economic instability and food insecurity that have forced thousands of Central Americans to migrate in search of better living conditions," said Michele Klein-Solomon.

"What Hurricane Eta has left behind is not only a huge humanitarian calamity that requires immediate attention but also the seed of future migration crises that we must try to prevent," explained Klein-Solomon.

The US National Hurricane Center warns that a tropical wave slowly moving westward through the Caribbean has an 80 per cent chance of becoming another major storm in the next 48 hours, possibly impacting the same areas as Hurricane Eta.