IOM Tracks Repatriations of Haitian Migrants from The Bahamas 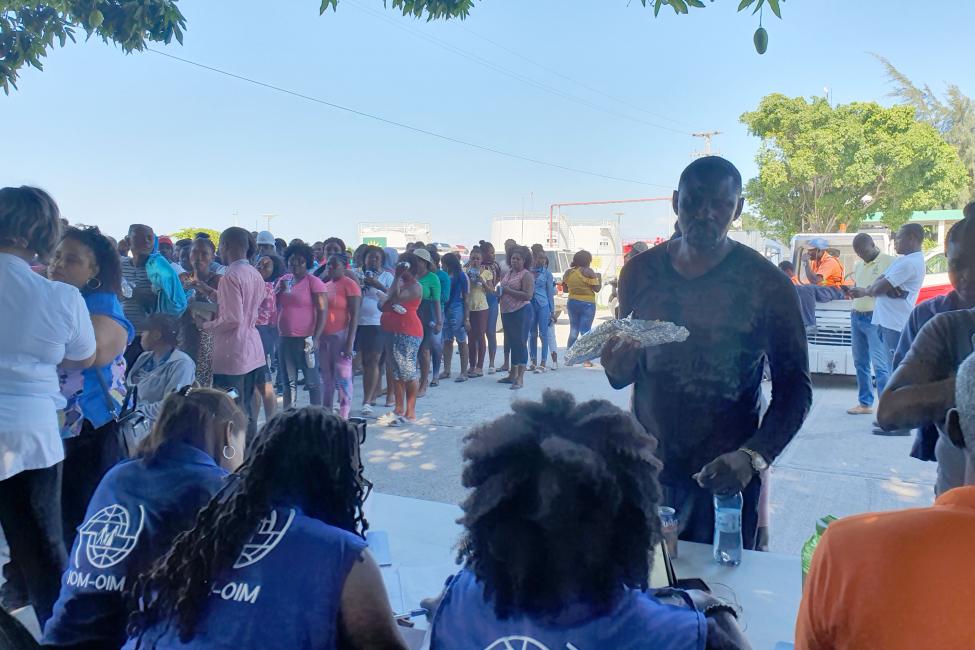 Port-au-Prince – IOM Haiti, along with the Haitian National Office of Migration (ONM in French), has monitored the repatriation of 340 Haitian migrants from The Bahamas. Of the repatriated migrants, 153 were interviewed by ONM upon their arrival at the Port-au-Prince and Cap-Haitian airports. The persons repatriated indicated being mainly from the northern areas of Haiti (Nord-Ouest, Nord, and Nord-Est departments).

These repatriations had been a common occurrence in the past but were temporarily halted at the beginning of 2019 because of the civil unrest and overall security situation in Haiti. After Hurricane Dorian hit the Bahamas on September 5, the repatriation procedures restarted on October 10, weeks after the Bahamian authorities announced their intention to repatriate all irregular/undocumented migrants from their territory.

Returnees reported they were mostly apprehended on the streets, in their place of employment, or while in their homes during raids usually carried out in the middle of the night by immigration officials. The returning migrants also indicated that they remained in detention for 10 to 30 days.

Most of the returnees have indicated that they resided in the Island of Abaco, in the Bahamas and were evacuees from Hurricane Dorian. “We lost everything in the Bahamas because of Dorian. And now they bring us back to Haiti. What will we do?” said one of the returned migrants.

“We are concerned about these repatriations, as the situation in Haiti remains fragile,” explained Giuseppe Loprete, IOM Haiti Chief of Mission.

Category 5 Hurricane Dorian hit the Bahamas on September 5, causing widespread destruction in the Islands of Grand Bahama, Eleuthera and Abaco. Many among the affected population in Abaco was Haitian.

The Bahamas 2010 census estimated that 39,000 of the total 351,000 Bahamian population is made up of Haitians or of persons of Haitian descent.

ONM and IOM received 105 Haitian migrants, repatriated on 5 November. IOM supported the returnees with post-arrival assistance by providing onward transportation fees and hygiene kits and will soon start providing medical and psychosocial support to those migrants traumatized by their experiences.

Repatriations of Haitian migrants are expected to continue as Bahamian authorities have communicated their intention to return all irregular migrants from their territory. IOM Haiti will continue to track these returns in direct coordination with IOM Bahamas and ONM to ensure the gathering of accurate information on the returnees and the provision of adequate support to traumatized vulnerable migrants.