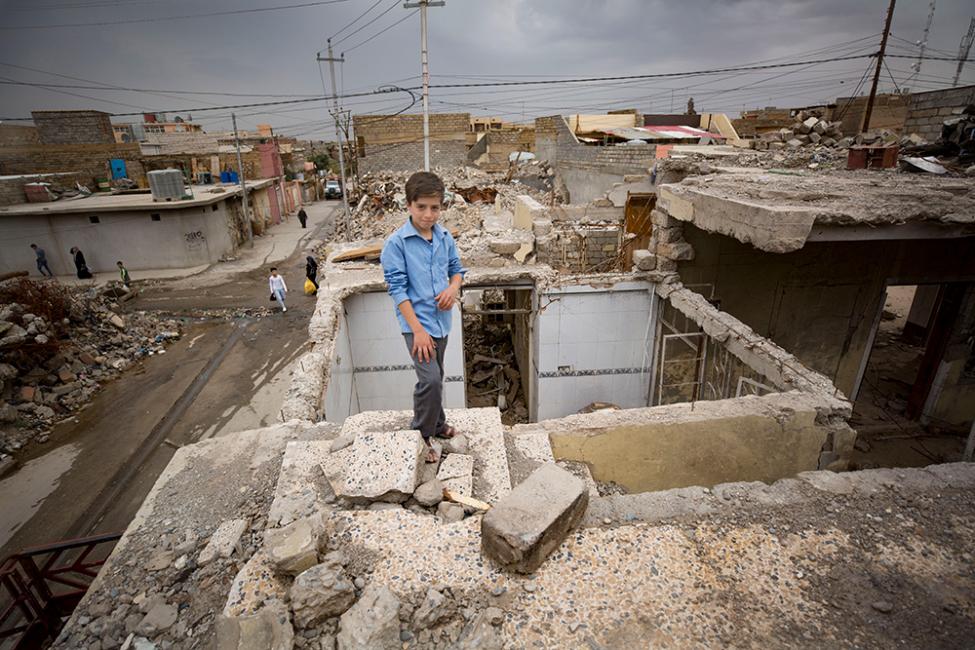 Ali in West Mosul was trapped in rubble under his house when it collapsed during the conflict. He poses for a photo after his return in June 2018. Photo: Sarah Ali Abed / IOM

Erbil – For the first time in nearly four years, the number of displaced Iraqis has fallen below two million, according to a milestone IOM Displacement Tracking Matrix (DTM) report released today (04/09).

Data collected by IOM staff for the 100th DTM report, concluded that 1,931,868 people remain displaced, the lowest figure since November 2014. Round 100 also reported that nearly four million people have returned home. Publication of this data is significant for IOM, the UN Migration Agency, as it marks more than four years of tracking displacement in Iraq.

Virtually all (97 per cent) have returned to their habitual residences, two per cent to private settings, while one per cent (19,000 individuals) remain highly vulnerable having sought shelter in religious buildings, schools and unfinished or abandoned buildings.

According to latest DTM data, returnees cited the improved security situation, availability of housing, lack of financial means to remain in displacement, the encouragement of community leaders and support from friends and relatives as factors in their decision to return.

Obstacles to return shared by families who are still in displacement include damage or destruction of housing and infrastructure, lack of financial means and job opportunities, and security concerns.

“IOM DTM data has documented the phases of the crisis and has been critical for planning humanitarian assistance,” said Marta Ruedas, the United Nations Humanitarian Coordinator in Iraq. “Data on returns is also essential for this next phase of our support for recovery and reintegration.”

The DTM is IOM’s information management system to track and monitor population displacement during crises. Since early 2014 IOM Iraq has been producing data sets, monthly reports and thematic reports, including on the Mosul crisis, obstacles to return, location assessments and emergency tracking. This information is shared publicly to inform humanitarian efforts.

The IOM Iraq DTM is supported the US Department of State, Bureau of Population, Refugees, and Migration (PRM).

DTM round 100 can be downloaded at:
http://iraqdtm.iom.int/LastDTMRound/Round100_Report_English_2018_July_31_IOM_DTM.pdf