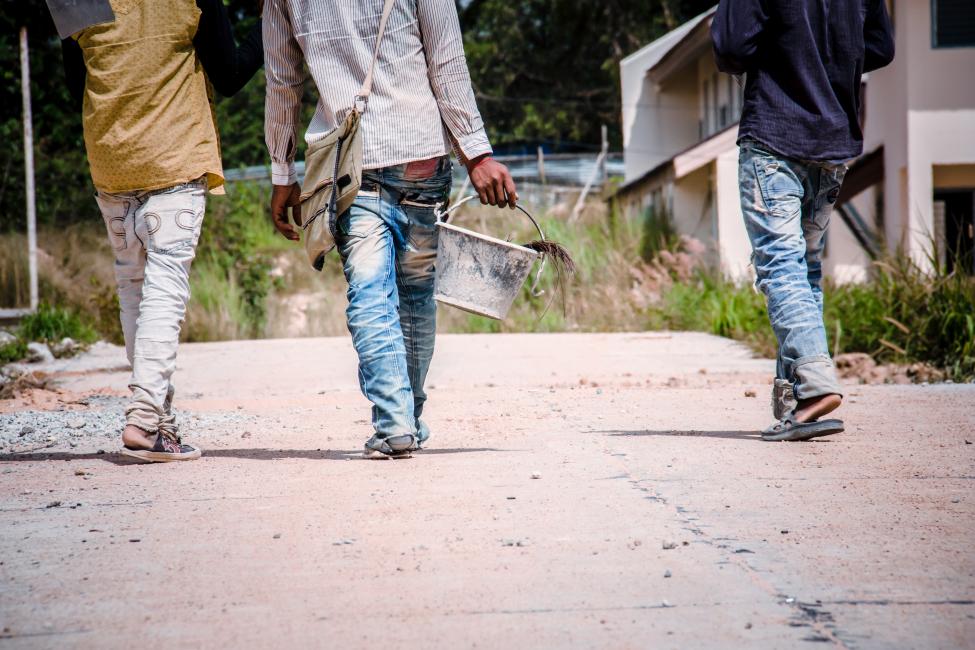 Geneva – A new report indicates that a significant share of child labour and human trafficking in global supply chains occurs at their lower tiers, in activities such as raw material extraction and agriculture, making due diligence, visibility and traceability challenging.

“The goods and services we buy are composed of inputs from many countries around the world and are processed, assembled, packaged, transported and consumed across borders and markets,” said ILO Director-General Guy Ryder. “This report shows the urgent need for effective action to tackle the violations of core labour rights that are occurring in supply chains.”

The report outlines several key areas in which governments and businesses can do more.

It underscores the critical role of States in addressing gaps in statutory legislation, enforcement, and access to justice (which creates space for non-compliance) and in establishing a framework for responsible business conduct. It also examines how Governments can lead by example by integrating due diligence considerations into their own activities as procurers of goods and services, owners of enterprises and providers of credit and loans.

Speaking at the Paris Peace Forum, OECD Secretary-General Angel Gurria said “These findings, based on an OECD methodology that’s been applied in various economic and environmental contexts, underscore the need for governments to scale up and strengthen efforts to ensure that businesses respect human rights in their operations and across supply chains. Creating an enabling environment for RBC due diligence must be a key action for governments.”

The report also outlines a broader preventive approach focused on root causes, including child and family deprivation, particularly in the upstream and outsourced segments of global supply chains operating in the informal economy, where risk is greatest.

“These results make clear that efforts against human trafficking in global supply chains will be inadequate if they do not extend beyond immediate suppliers to include actors upstream engaged in activities such as raw material extraction and agriculture, and serving as inputs to other industries,” said IOM Director General Antonio Vitorino.

For business, the report underscores the need for a comprehensive, whole-of-supply-chain approach to due diligence, involving the assessment, prevention and mitigation of negative human rights impacts, as well as legitimate channels for remediation in cases in which business has caused or contributed to adverse impacts.

The estimates were generated by combining data on the estimated total number of children in child labour with data on trade flows and value chains within countries and across borders. The same exercise was carried out for human trafficking.

“Child labour is a serious violation of child rights that has lifelong negative consequences for children’s physical, mental and social development. This report shows that multiple pressures, including poverty, violence and discrimination, increase a child’s vulnerability to child labour. With our partners we are therefore calling for holistic approach that tackles the root causes of child labour, provides access to quality education and strengthens child protection systems.” said UNICEF Executive Director Henrietta Fore.

The report was compiled in response to a call by the Group of Twenty (G20) Labour and Employment Ministers to assess violations of core labour rights in global supply chains. It offers a unique interagency perspective on the causes of these human rights violations and on the priorities for governments, businesses and social partners in addressing them. The report was produced by the International Labour Organization (ILO), Organization for Economic Cooperation and Development (OECD), International Organization for Migration (IOM), and the United Nations Children's Fund (UNICEF).

The Alliance 8.7 report will be released globally as part of efforts to accelerate action towards the achievement of Target 8.7 of the Sustainable Development Goals (SDGs), which calls on governments around the world to end child labour by 2025 and to put in place effective measures to end forced labour, modern slavery and human trafficking by 2030.

The corresponding methodology paper will be released shortly.

The report is available at www.alliance87.org.