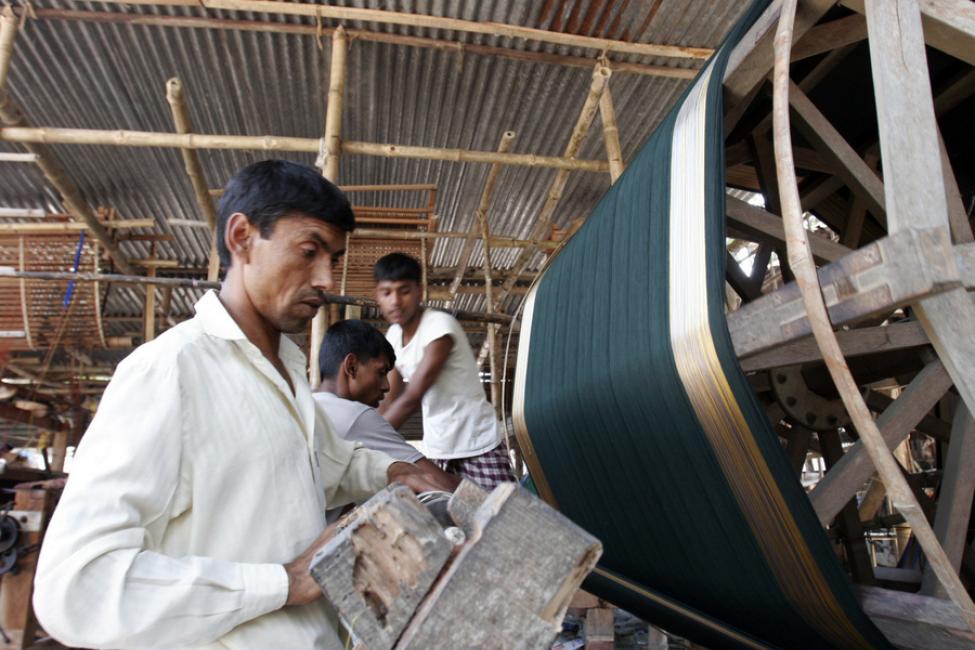 In 2019, USD 18.32 billion was remitted to Bangladesh, the third highest recipient of remittance in South Asia.  Photo: IOM

Dhaka – On the International Day of Family Remittances, the United Nation’s Migration Agency, International Organization for Migration (IOM), urges communities to support the reintegration and combat stigmatization of returning migrant workers to Bangladesh. Due to the economic and labour crisis created by the COVID-19 pandemic, hundreds of thousands of migrant workers are expected to return by the end of the year. Recession-related job losses will impact not only remittance-receiving households but their extended communities.

In 2019, USD 18.32 billion was remitted to Bangladesh, the third highest recipient of remittance in South Asia. According to Bureau of Manpower, Employment and Training (BMET), in 2019 alone, over 700,000 migrant workers left the country in search of employment abroad and over 73 per cent of remittances were sent from Gulf Cooperation Council countries. Remittance inflows to Bangladesh directly impact socio-economic development and act as a lifeline to vulnerable communities.

On 16 June 2020, IOM released key recommendations from a report on Migration, Family Remittances, Assets and Skills Categories in Bangladesh. The report includes findings from a 2019 survey of 1,000 remittance-dependent households and qualitative discussions with key stakeholders. The survey found that higher-skilled workers send more money than the less skilled migrants and that an increase in skills increased the amount remitted by up to USD 255 per month between 2009 and 2019. Migrants’ skills determined how remittances were invested and saved, with skilled migrants requesting family members to invest remittances into savings accounts whereas unskilled migrants generally used remittance to pay off loans. Higher skilled migrants were employed in better paid jobs and were more likely to send higher remittances for longer periods than lower skilled migrant workers.

The findings showed that Bangladeshi migrant workers and remittance senders were overwhelmingly men (98%), about 12 per cent of migrant workers did not attend school at all and nearly 80 per cent did not continue studying after secondary school. Of the surveyed migrant workers, half worked as employees for a firm or company (49%) and nearly one-quarter (26.%) worked as labourers – daily wage (14%), part time (12%), and construction (15%). The economic return on migration is lower in Bangladesh than countries with a skilled-migrant workforce because the amount that unskilled and lower-skilled workers remit is much lower than that of skilled workers.

The report indicated that Dhaka and Chattogram divisions had the highest concentration of remittance-receiving households (76%) and a total of 65 per cent of those households were headed by women who were likely to be unemployed and who generally invested remittance in non-income generating activities. The survey showed that remittances were generally used to meet short-term needs and were rarely used to diversify assets or build financial resilience, which further increased the households’ dependence on remittances. Low financial literacy of the migrants and their families placed them in a precarious situation in terms of income stability, remittance management, and assets building.

Recommendations from the study include investing in education and skills training so that lower skilled migrant workers can earn more overseas and in order to break the cycle of debt and assist remittance dependent households to attain financial independence, measures should be taken to improve access to debt management, investment and asset diversification information/training.

Addressing the research findings, Giorgi Gigauri, Chief of Mission in Bangladesh, said, “now more than ever we need to focus on supporting remittance-dependent communities who are impacted by the recession. We need to support the Government to prioritize skills development of migrant workers so they can increase remittance flow to Bangladesh, and we also need to focus on providing financial literacy training, particularly to women, to improve productive investment of remittances and to build the resilience and financial independence of remittance-reliant households.”