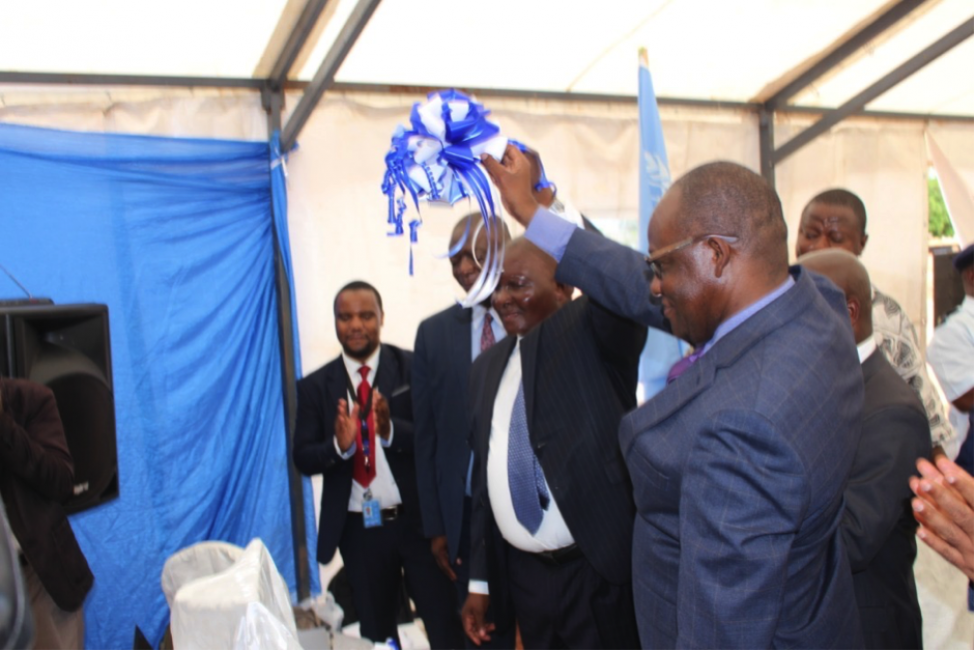 Lusaka – Southern Africa has a long history of intra-regional human mobility, with migration as a significant factor inextricably linking the sub-continent’s economies for centuries.

Today, cross-border trade is a major feature of the region’s economic and social landscape. The African Development Bank estimates such activity to contribute to the incomes of some 43 per cent of the African population, even though such trade is largely informal. Lengthy and cumbersome immigration processes, often done manually, increase the cost of trade.

To change this state of affairs, the Common Market for Southern Africa (COMESA) Secretariat is collaborating with the International Organization for Migration (IOM) to support a multi-year project called the COMESA Cross Border Trade Initiative: Facilitating Small Scale Trade Across the Borders (SSCBTI).

As part of the implementation, IOM is supporting the deployment at Mchinji border post in Malawi of a Border Management Information System (BMIS), known as the Migration Information and Data Analysis System (MIDAS).  With the capability to collect, process, store and analyse traveller information in real time, MIDAS enables States to effectively monitor those entering and exiting their territories while providing a sound statistical basis for migration policy planning.

“I urge for the full deployment of the MIDAS for the benefit of the governments of Zambia and Malawi, as well as for the small scale cross border traders,” said Dave Haman, COMESA Assistant Secretary General for Finance and Administration, during the launch of MIDAS which took place on the last week (13 December) at the Mwami-Mchinji border.

Facilitating human mobility is of paramount importance for international trade in general, and for small scale cross border trade, as it contributes towards enhancing administrative efficiency and operational effectiveness at the border.  This in turn reduces costs and the time it takes for goods to get to market.

Malawi’s Homeland Security Minister Nicholas Dausi called for improvement of cross border trade between Zambia and Malawi, and in a speech read on his behalf by Home Affairs Permanent Secretary Dr Chilesha Mulenga, Home Affairs Minister Steven Kampyongo stated that the Government of Zambia is delighted that the Republic of Malawi has adopted MIDAS, adding “as a result the Zambian Government is confident that the systems will enable the two countries to manage their borders in a secure manner.”

IOM Regional Director for Southern Africa, Charles Kwenin stated that with the increasing mobility of persons and goods, “it is imperative for States to address the challenge of ensuring the right balance between open, but at the same time secure and controlled borders.”

In addition, Malawi’s European Union (EU) delegation leader Jose Maria Navaro was hopeful that the success of MIDAS would quickly be rolled out to facilitate smooth cross border trade at other borders.

As the Mchinji border post transitions into a One Stop Border Post, the MIDAS system will strengthen the capacity of immigration and border officials to process travellers, including small scale traders, more rapidly and professionally and thus making their border crossing experience safe and more humane.

In addition, MIDAS will help the Government of Malawi to better understand the mobility patterns through the systematic collection, collation and analysis of immigration and emigration trends. Furthermore, MIDAS opens opportunities to analyse migration and trade data and subsequently inform evidenced based policy formulation and programmatic interventions.