Less than 5,000 Mediterranean Arrivals in Past Week 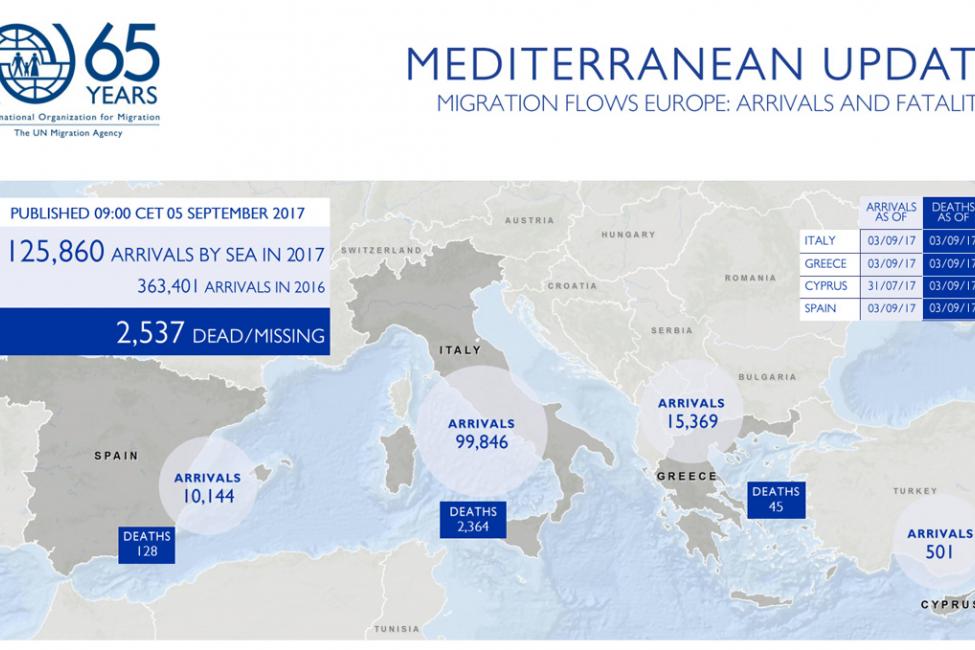 IOM’s Missing Migrant Project (MMP) recorded the first fatalities in the Mediterranean since 9 August: the Tunisian Red Cross reports that up to 120 people are feared to have drowned after a boat capsized last Wednesday (30/09) off the coast of Ben Guerdane, Tunisia. Only one Nigerien migrant survived the shipwreck.

Additionally, on Thursday last week, a ship carrying 45 migrants sank off the coast of Melilla, Spain. Seven women lost their lives in this incident, five of whom were reportedly from the Congo, while the other two were Guinean nationals. These deaths bring the total of fatalities in the Mediterranean in 2017 to 2,537.

Worldwide, IOM’s MMP reports that there have been 3,649 fatalities in 2017 through 3 September (see chart below). MMP recorded one dead and one missing after one small boat carrying migrants trying to cross from Costa Rica to Nicaragua capsized on Friday night; and one train accident in Querétaro, Mexico.