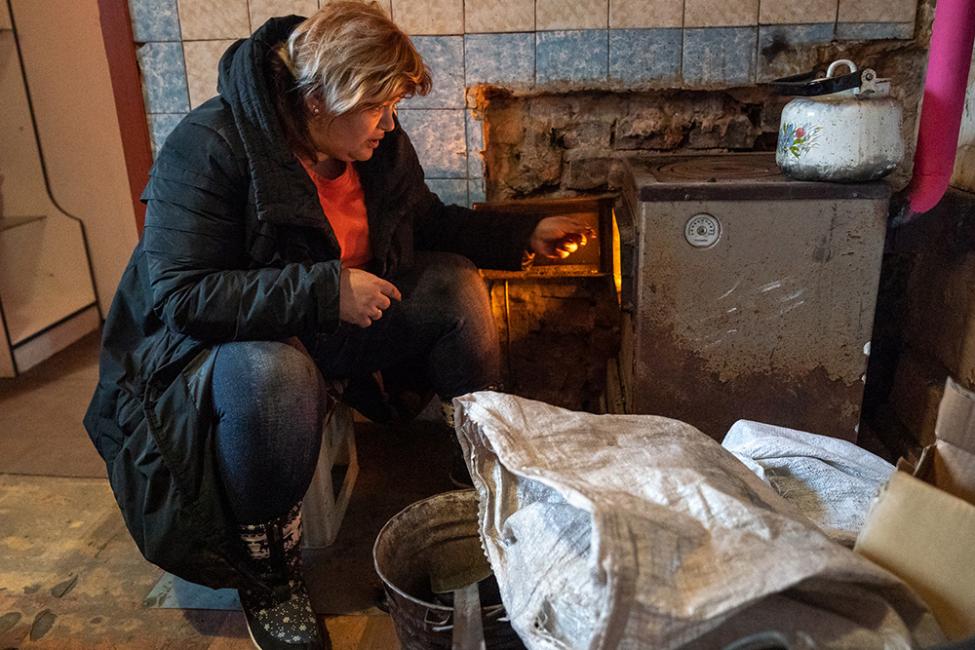 Kyiv – A single mum spending most of her income to rent a room. A young woman and her mother living in a garage at a cemetery, as they do not earn enough to rent any other accommodation. A family with teenage children staying at a barn with no running water and just an electric heater to keep them warm in winter.

These are real stories told by internally displaced persons (IDPs) in Ukraine to IOM, in its latest survey.

As the conflict in the east of the country enters its sixth year, the number of affected people is 5.2 million, according to humanitarian organizations in Ukraine. About 1.3 million IDPs are registered with the Ministry of Social Policy.

In addition to the provision of humanitarian, livelihood and social cohesion assistance to conflict-affected people in Ukraine, IOM has been assessing the needs of displaced women, men and children with the help of its global tool, the Displacement Tracking Matrix.

The latest round of IOM’s survey was conducted with funding from the European Union and the United States Department of State’s Bureau of Population, Refugees, and Migration (PRM). Results were presented in the capital Kyiv today (9 April), in cooperation with the Ministry of Temporarily Occupied Territories and IDPs, and the Ministry of Social Policy.

Deputy Minister of Temporarily Occupied Territories and IDPs of Ukraine, Heorhii Tuka, thanked IOM for its long-term cooperation in assessing the needs of displaced people. “Despite remaining challenges, the consolidation of efforts of the Government, local authorities, IDP host communities, international partners and IDPs themselves is bringing positive change,” he said.

“IDPs are Ukrainian citizens, willing to start from scratch and contribute to their new communities. This is a great human and intellectual potential for development.”

IOM data shows that two out of three IDPs have resided in their current location for over three years. The share of those who declare their intention not to return to their previous homes even after the end of the conflict has grown from 29 per cent in March 2017 to 34 per cent in December 2018.

“Protracted displacement requires long-term solutions to the challenges faced by IDPs, with housing being the top-one of them,” said Stefano Pes, IOM Ukraine Emergency and Stabilization Coordinator.

“The share of IDPs who managed to purchase their own dwelling has been unchanged for over a year at 12 per cent, while 63 per cent of displaced people still rent flats, houses or rooms.”

According to the IOM survey, 44 per cent of IDPs are employed, while before displacement about 60 per cent of those currently uprooted had jobs.

As of early April, the USD 162 million Humanitarian Response Plan for Ukraine, prepared by humanitarian partners, has been funded to the tune of just six per cent.

“Five years of protracted crisis has substantially exhausted the resources of displaced people and conflict-affected communities, so recovery and development efforts in Ukraine should be scaled up. IOM is committed to further support vulnerable populations in the country,” said IOM’s Pes.

IOM has been conducting surveys of IDPs in Ukraine on a regular basis since March 2016. In the latest 12th round, conducted in October-December 2018, a total of 2,403 respondents were interviewed face-to-face, and 4,044 by telephone.