Mozambique: Over 600 Cyclone Idai Displaced People Return to their Areas of Origin 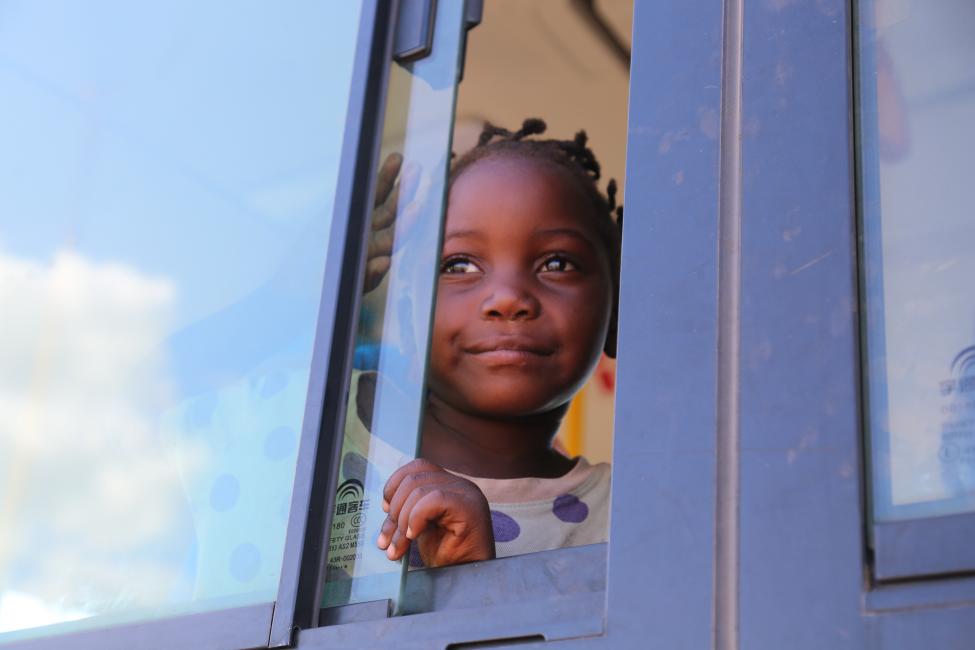 Guara Guara, Mozambique – Over 600 people displaced by Cyclone Idai returned to their home town over the weekend for the first time since the tragedy five weeks ago in a movement organized by the Government of Mozambique with the support of IOM and its humanitarian partners.

Click here to watch a video on the Guara Guara movement.

“When the cyclone hit, I was out fishing. The water was too high for me to return home to our house in the city of Buzi. The area was full of water, well over our heads,” said Franki, who was among a group of 100 families who traveled to Buzi district 145km southwest of Beira on Saturday. “I was rescued by helicopter that brought me here to Beira. I am very anxious to be back in Buzi to look for my wife and daughters, to see if they are alive.”

A further 125 families travelled on Sunday to the same temporary accommodation site in Guara Guara, where all the families will remain until the reconstruction of their houses can begin. Led by the Government of Mozambique’s National Institute for Disaster Management (INGC), IOM supported transportation logistics and is providing site management support at Guara Guara. The movement received support from Shelter Cluster and Protection Cluster partners, UN agencies and local NGOs.

Sarah, her baby Willinesio and husband also made the four-hour trip to Guara Guara.

“The cyclone was very bad. Water entered my house; the roof collapsed, and walls fell.  We climbed and stayed on top of a tree. We did not have water to drink or food to eat. The rain fell night and day. I was trying to breastfeed but stopped producing because I was not eating,” remembered Sarah. “We were very scared. A helicopter picked us up after seven days. We were brought to Beira; it is my first time here. Beira is a nice city, but we are suffering. We are so happy to go to Guara Guara. At home in Buzi we can provide for ourselves.”

Katharina Schnoering, IOM Mozambique Chief of Mission said, "IOM is pleased to support the Government of Mozambique in their efforts to help displaced families return to their areas of origin in safety and dignity, in the recovery from Cyclone Idai.” She continued, “Thousands of families are still displaced, and after losing everything in the Cyclone, they need comprehensive humanitarian support to return home and restart their lives. The needs are extensive; a collective and concerted recovery effort from partners is needed.”

IOM’s Displacement Tracking Matrix (DTM) teams in cooperation with Mozambique’s INGC and the Ministry of Health recently conducted a return intention survey in Beira District, interviewing over 500 heads of household at 18 displacement sites.

According to survey responses, the homes of nearly two-thirds of displaced households residing in Beira were completely destroyed, while others were severely or partially damaged. Just over half of the displaced households want to go back to their place of origin, and more than one third intend to go to a different place. Among the households indicating a desire to return to their places of origin, nearly half intend to return within a week, and a majority of others intend to return within the month.

The latest United Nations figures show that more than 1.85 million people continue to be in need in Mozambique following Cyclone Idai.

According to the latest DTM needs assessment in the four affected provinces (Manica, Sofala, Tete and Zambesia), the population of the 79 sites accommodating displaced families is nearly 68,000 individuals.

Click here to read a story about IOM’s support for the temporary accommodation site Samora Machel in Beira.

DTM documents on Mozambique are available at: https://www.globaldtm.info/mozambique/