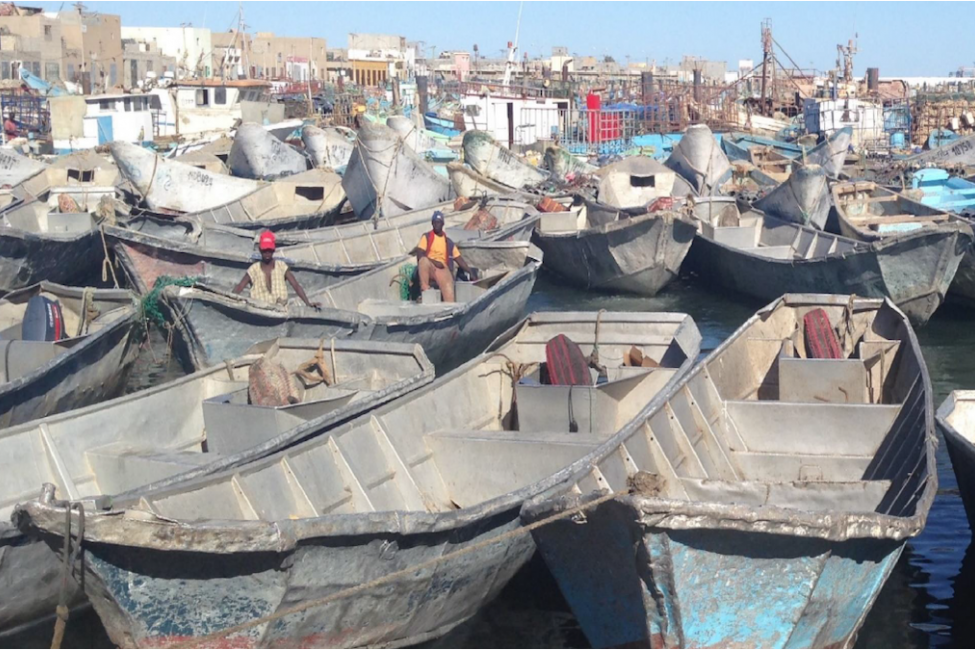 Nouakchott – The International Organization for Migration (IOM) in Mauritania presented a research study this week (17/09) revealing Mauritania, a country of 3.9 million people in West Africa, as both a transit country on the Western Mediterranean Route, and a destination for West African migrants seeking job opportunities in the country’s growing fishery and construction sectors.

Through interviews conducted with key informants – migrant community representatives, local authorities, and associations in Mauritania’s capital, Nouakchott – IOM now estimates that there 84,000 migrants living in the city. Through a sample of 1,183 interviews conducted with migrants, a large majority of individuals who moved to Nouakchott indicated they have been able to attain income-generating jobs (94%) although only 39 per cent indicated they plan to remain in the capital.

A majority (61%) considers the relation with the host community as good or very good in Nouakchott and 85 per cent of those fallen sick declared to have received adequate medical treatment. Of those planning to leave the country, Spain, Morocco and Italy are the top intended destinations.

“These new findings on the migratory movements in Mauritania confirm some of the trends we have been observing lately. Moreover, the new transhumance tracking tool developed by IOM captures a critical seasonal movement for populations in Mauritania, a movement which is source of income and that could be increasingly affected by climate change and instability at borders,” said Laura Lungarotti, IOM Chief of Mission in Mauritania.

Nouadhibou, Mauritania’s main port city, has an estimated 32,000 migrant population, the majority of whom considered Nouadhibou as their destination at the moment of departure (70%). At the time the survey was completed, only 25 per cent were planning to stay, while 38 per cent had intentions to leave. The rest indicated no definite plans.

Of those wishing to leave, 21 per cent mentioned that they wanted to return to their country of origin, while 16 per cent plan to move to a third country.

At the launch event, IOM also presented to the government representatives and its partners the outcomes of its recently launched Transhumance Tracking Tool (TTT), which aims to provide a better understanding of the transhumance routes due to climate-induced challenges.

During the collecting period, more than 2,000 herds – circa 450,000 heads of cattle – and approximately 8,700 herders were observed in the southern regions of Trarza, Gorgol and Guidimagha bordering Senegal and Mali.

Up to 62 per cent of the herders said they faced challenges related to environmental conditions en route, and 6 per cent mentioned conflicts with local communities during the transhumance as resources get scarcer and competition between communities to access them increases.

“The Government regularly collects information of migratory movements across the country and we are strengthening our collaboration with all stakeholders to ensure that data collection, analysis and sharing becomes regular,” said Sidi Mohamed El Ghassem, head of the Directorate of Territorial Surveillance of the Ministry of Interior of Mauritania.

IOM in Mauritania will continue to monitor migration trends across the country and will pursue its DTM activities in Nouakchott, Nouadhibou and along the transhumance routes. Upcoming initiatives will include programmes on protection of vulnerable populations and child mobility.

These data collection activities were made possible thanks to the support of the EU-IOM Joint Initiative for Migrant Protection and Reintegration in Mauritania, the Government of Japan and IOM’s Development Fund.

To read the report here