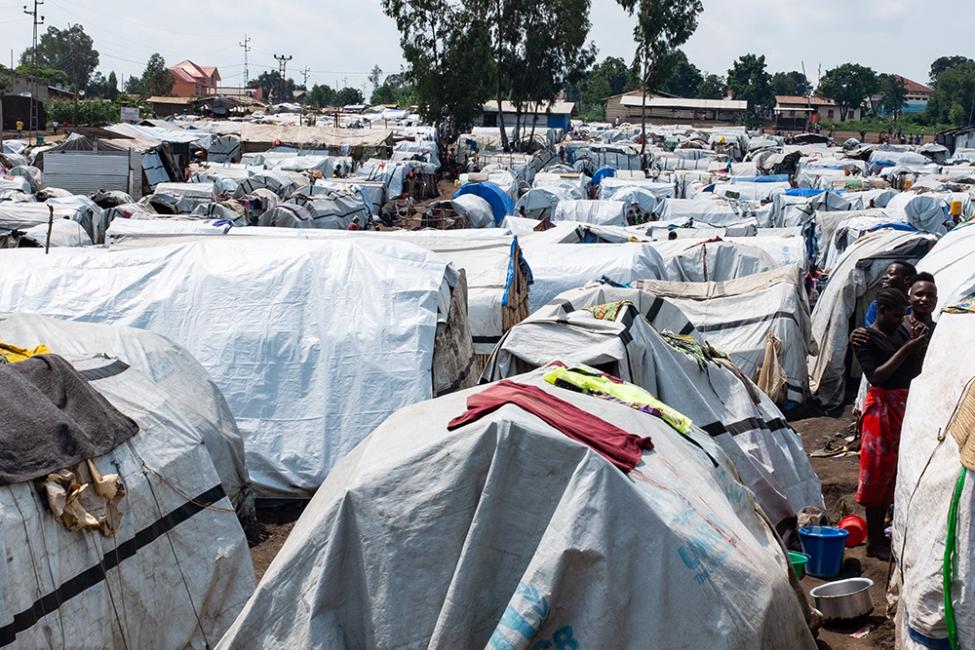 Kinshasa – Renewed violence in the eastern Democratic Republic of the Congo (DRC) region that is struggling to contain the on-going Ebola outbreak, has claimed the lives of at least 160 people and displaced hundreds of thousands of others, further complicating the response to the public health emergency.

“The people who fled the frontline of the conflict are living in dire conditions,” said Fabien Sambussy, IOM Chief of Mission in DRC.

According to the President of the Democratic Republic of the Congo, Felix Tshisekedi, who visited the area recently, an estimated 400,000 persons are currently displaced throughout Ituri Province.

Djugu Territory has seen a 135 per cent rise in displacement with 20,000 new internally displaced persons (IDPs) registered last month in 12 displacement sites managed by IOM, which has provided Camp Coordination and Camp Management (CCCM) and shelter services since 2018. Thousands more are sheltering in spontaneous sites.

“Efforts are ongoing to mobilize the necessary resources to determine the number of people displaced and their whereabouts,” added Sambussy, referring to IOM’s Displacement Tracking Matrix (DTM). “Our humanitarian and government partners can use this data to better target and assist affected populations.”

Poor hygiene conditions in displacement sites severely increase the risk that Ebola, as well as cholera, measles and acute respiratory diseases, will spread. Many of these people are seeking assistance in Ebola-affected Bunia where the displacement site officially called ‘General Hospital Site’ has received more than 5,000 new IDPs, increasing the site’s population to 10,000 – twice its capacity. The overcrowded site, where hygiene conditions are poor, is close to the town’s hospital and the Ebola Treatment Centre (ETC) where 12 suspected and confirmed cases are being treated.

A plan to relocate IDPs to a new settlement on land owned by Bunia’s Catholic Diocese is currently underway.

The 120,000 square meter plot offers favourable conditions for the safe and dignified relocation of IDPs. IOM is mobilizing the financial resources required to start land development as well as the rapid relocation of IDPs exposed to public health hazards and other protection risks.

IOM is also reinforcing its Ebola surveillance and disease prevention activities in Ituri by supporting health points of control within the country, and Points of Entry at international borders with risk communication, hand washing/hygiene promotion and surveillance activities including temperature screening and collection of key traveller information and health status. IOM also uses information on population mobility in the region to target preparedness measures, including in Uganda, South Sudan and Burundi, with the aim of reducing disease transmission to new areas and across borders.

This recent resumption of violence follows 16 years of relative peace; intercommunal violence in the same area displaced hundreds of thousands of people between 1997 and 2003.  The security situation has now deteriorated in resource-rich Djugu and neighbouring Mahagi territories due to intense fighting between Lendu and Hema groups, and conflict between Armed Forces of the Democratic Republic of the Congo (FARDC) and non-state armed actors.

IOM CCCM operations in DRC are funded by the Governments of Sweden and Canada. Ebola activities are funded by USAID/OFDA and the World Bank.