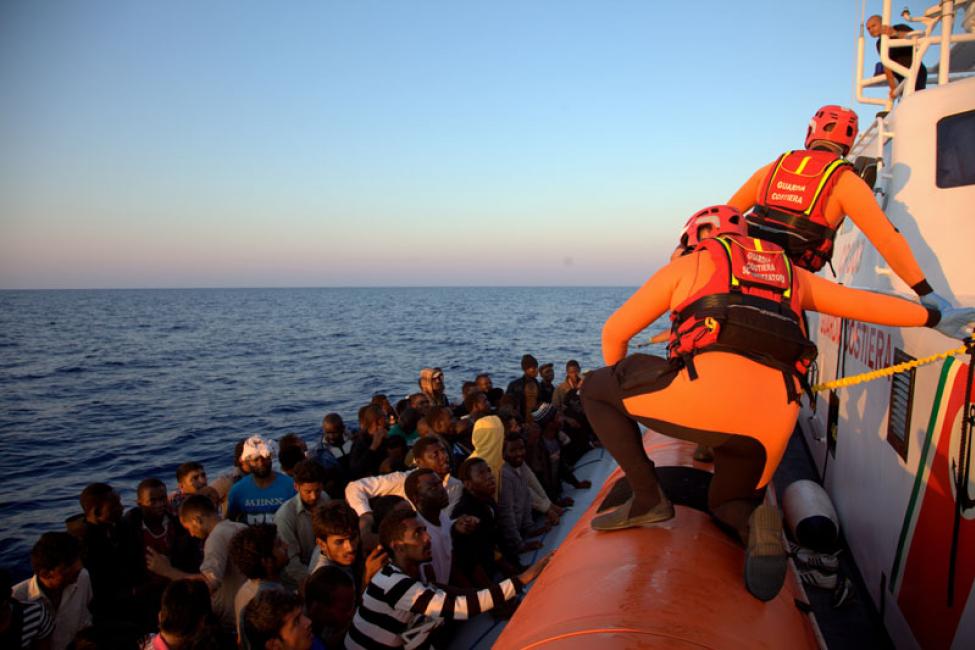 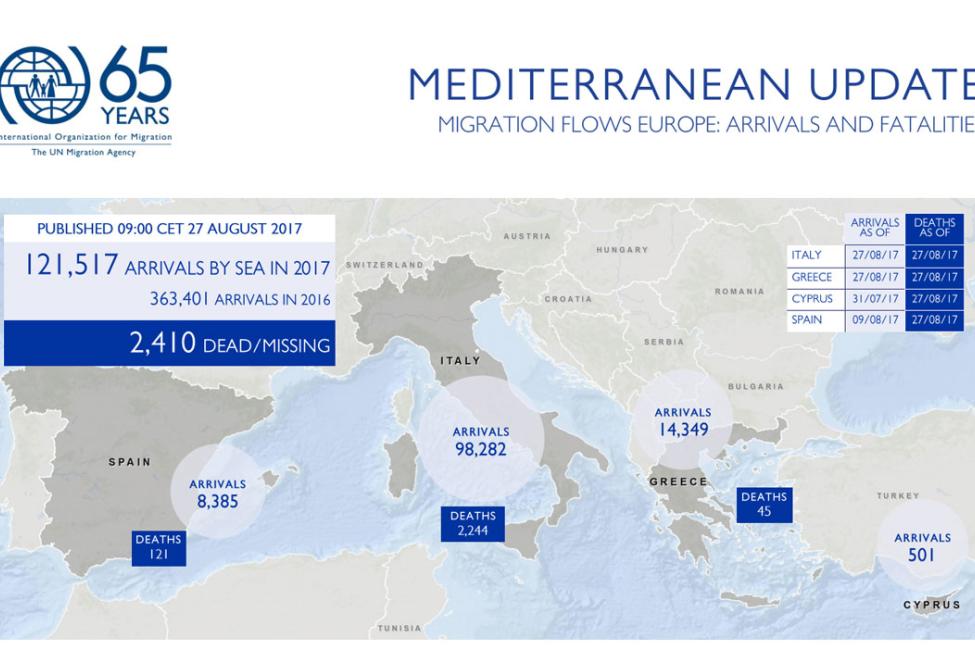 Geneva – Since 9 August, IOM, the UN Migration Agency, has not received any reports of migrant deaths in the Mediterranean. The total count for Mediterranean Sea fatalities has remained at 2,410 for 20 days. Just 19 deaths have been recorded in the region so far in all of August by IOM, a sharp drop from the 689 recorded in August 2015 and 62 last year. IOM’s Missing Migrants Project (MMP) reports that there have been 3,514 fatalities in 2017 through 27 August. MMP recorded two migrant deaths on the US-Mexico border (two drownings in Río Bravo) and one train-related death in Central America, as well as one death in Europe: a migrant was found dead in the electrical compartment of a train at Cannes-La Bocca station on Saturday. This is the fourth migrant who has died from electrocution found at Cannes-La Bocca railway station in 2017