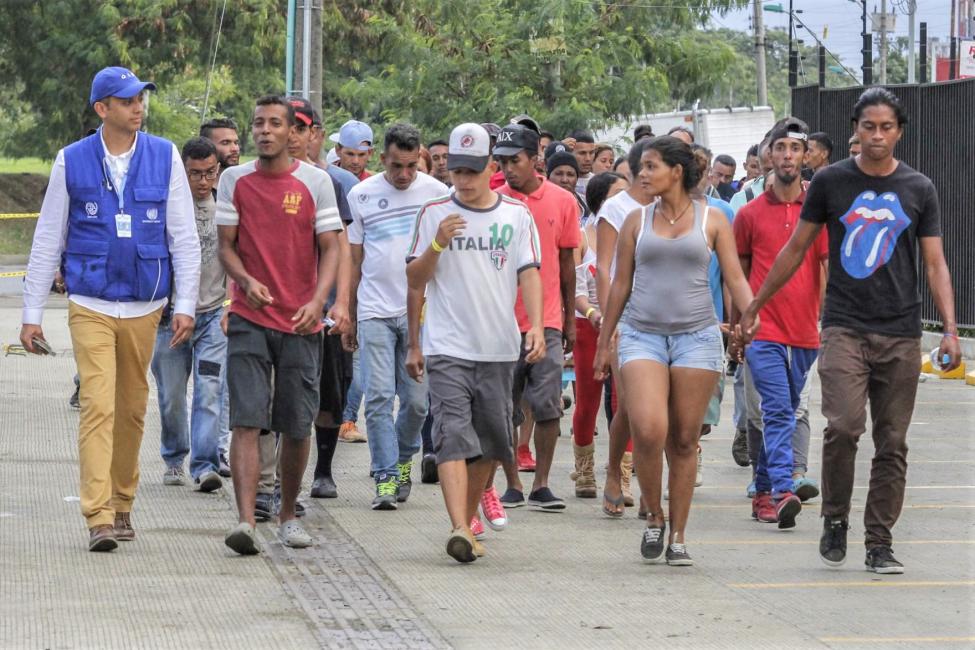 Colombia hosts the highest number of migrants and refugees from Venezuela.  Photo: IOM

Geneva – IOM, the UN Migration Agency, and UNHCR, the UN Refugee Agency announced yesterday (08/11) that the number of refugees and migrants from Venezuela worldwide has now reached three million.

According to data from national immigration authorities and other sources, countries in Latin America and the Caribbean host an estimated 2.4 million refugees and migrants from Venezuela, while other regions account for the rest.

"Countries in Latin America and the Caribbean have largely maintained a commendable open-door policy to refugees and migrants from Venezuela; however, their reception capacity is severely strained, requiring a more robust and immediate response from the international community if this generosity and solidarity are to continue," said Eduardo Stein, UNHCR-IOM Joint Special Representative for Refugees and Migrants from Venezuela.

In addition to South American countries, countries in Central America and the Caribbean also recorded increasing arrivals of refugees and migrants from Venezuela. Panama, for example, is now hosting 94,000 Venezuelans.

With rising numbers, the needs of refugees and migrants from Venezuela and the communities hosting them have also significantly increased.

Governments in the region are leading the humanitarian response and coordinating their efforts, including through the Quito Process, which has been an important step towards a regional approach to scale up the response and harmonize policies. The second Quito meeting of governments from the region will take place on 22 and 23 November.

To support this response, the Regional Inter-Agency Coordination Platform, established in September and composed of 40 partners and participants, including UN Agencies, other international organizations, civil society and faith-based organizations, is strengthening the operational response and working on a humanitarian Regional Response Plan for Refugees and Migrants from Venezuela (RMRP), to be launched in December.

The RMRP will focus on four strategic areas: direct emergency assistance, protection, socio-economic and cultural integration and capacity-building for the governments of receiving countries.

You can view this statement online here.