Over 1 Million People Displaced due to Conflict in Northern Ethiopia: IOM DTM 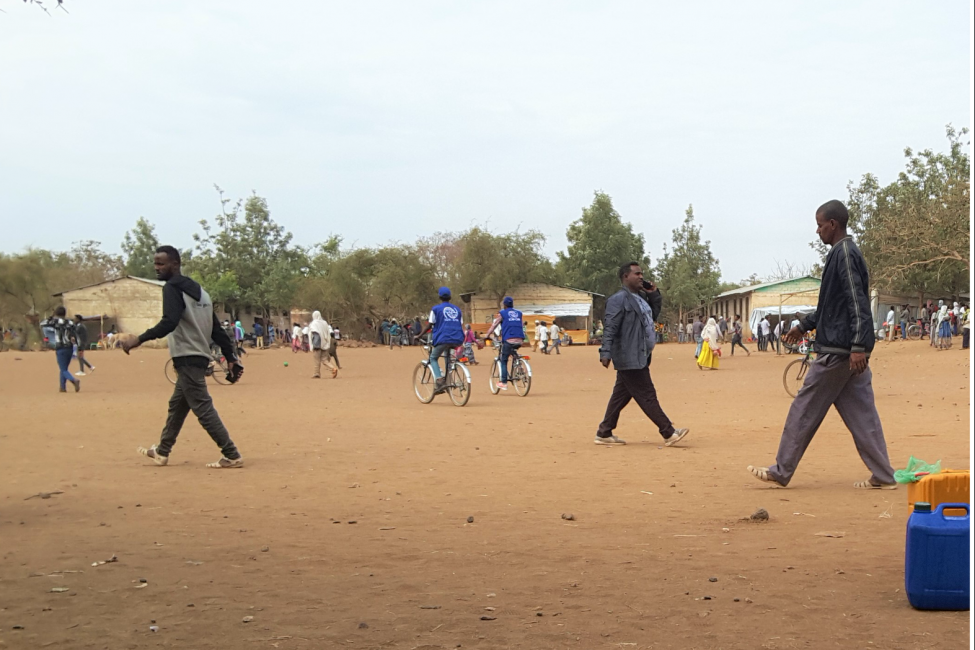 Addis Ababa – Over 1 million people are displaced across 178 accessible locations in Ethiopia’s Tigray region and neighboring Afar and Amhara, according to the International Organization for Migration (IOM) ’s Displacement Tracking Matrix (DTM).

This data was collected through a monthly Emergency Site Assessment (ESA) which has been in place since the conflict in Northern Ethiopia erupted in November 2020.

The assessment, conducted from 02 March to 23 March, revealed that there are some 1,000,052 internally displaced persons (IDPs) in Tigray region, another 45,343 in Afar region and 18,781 in Amhara region. The data suggests that IDPs are fleeing to towns and cities to seek humanitarian assistance and gain access to essential services. It is the fourth such assessment conducted by IOM in the area.

The data is only indicative of the displacement in areas accessible to IOM DTM surveyors. Many areas in Northwestern, Central, Eastern and Southern zones in Tigray region remain out of reach to humanitarian partners due to continuing insecurity.

The highest concentration of IDPs is in Shire, where 445,309 IDPs are residing in overcrowded collective shelters, including schools, within the host community and in open spaces. A majority of them are from Western and Northwestern Tigray. Other urban areas with high displacement concentrations included Adwa (129,524 IDPs), Mekelle (126,267), Adigrat (100,168) and Axum (60,115).

According to the surveys, some of the most urgent needs of those displaced are life-saving food assistance, emergency shelter, non-food items such as bedding sets and kitchen sets, access to healthcare services, access to water, sanitation and hygiene (WASH), nutrition and protection services.

Significantly, 75 sites have reportedly not received food distribution since the conflict broke out. An estimated 60 of these sites (80 per cent) are in Tigray region.

Since the beginning of the crisis, IOM has been monitoring the humanitarian and displacement situation through monthly area-based assessments, which capture the number of displaced persons, their locations and needs to inform the wider humanitarian response.

IOM’s Displacement Tracking Matrix will continue to expand its assessment coverage in the north so that the needs of more internally displaced persons can be assessed. Since 2018, this matrix has been the official source for displacement numbers in Ethiopia. DTM works in collaboration with Ethiopia’s National Disaster Risk Management Commission (NDRMC).

DTM assessment activities are funded by the European Civil Protection and Humanitarian Aid Operations (ECHO), the United States Agency for International Development (USAID) and the Government of Germany.