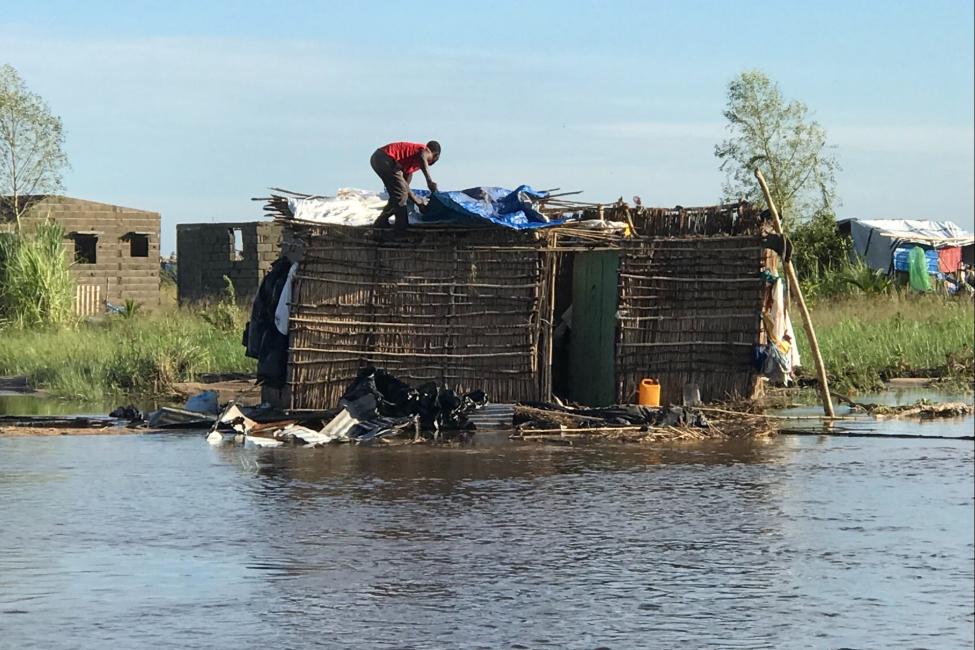 Maputo – The International Organization for Migration (IOM) is concerned about the rising humanitarian needs of the over 700,000 affected people in the Nampula Province in Mozambique, following the Category 3 cyclone Gombe that made landfall on the coast between Mossuril and Mogincual districts on 11 March.

The effects of the cyclone are compounding existing needs as services and resources have been overstretched by the needs of over 784,000 internally displaced persons (IDPs) in northern Mozambique due to insecurity in the northern province of Cabo Delgado.

“The cyclone blew off the roof of our house,” says Muamade, a resident of the Namiroto neighbourhood in the Ilha de Mozambique district, Nampula. “Overnight we had no roof to sleep under, and the winds and rains never stopped. After receiving the tarpaulin and blanket kit from IOM, we were able to rebuild the roof and my family of seven was able to return home.”

IOM has since March mobilized resources and assisted over 9,500 people affected by the cyclone. The Organization has also distributed Emergency Shelter and Non-Food Items (NFI), which supported up to 680 families to repair or rebuild their houses, replace basic belongings lost in the rain, wind or floods.

“The humanitarian situation in Mozambique remains complex and faces overlapping needs of conflict-affected populations, as well as those affected by natural disasters,” said Laura Tomm-Bonde, IOM Mozambique Chief of Mission. “IOM is concerned about the people affected by Cyclone Gombe, especially as the area already hosts 70,000 displaced people who previously fled conflict or natural disasters.”

To upscale the support to women, who, in vulnerable situations are at a higher risk of sexual exploitation and abuse, IOM is providing awareness raising on reporting mechanisms, identifying women in need of protection services and providing counselling, psychological first aid, and referral to specialized mental health services.

Additional support from the international community will be needed to address all needs of displaced persons and host communities in central and northern Mozambique.

Much of IOM’s response has been possible through contributions from USAID’s Bureau for Humanitarian Affairs (BHA), the UK’s Foreign, Commonwealth and Development Office (FCDO), the Government of Ireland, European Civil Protection and Humanitarian Aid Operations (ECHO) and the Swiss Agency for Development and Cooperation (SDC).