‘A Region on the Move': Over 8m Remain Internally Displaced in East and Horn of Africa 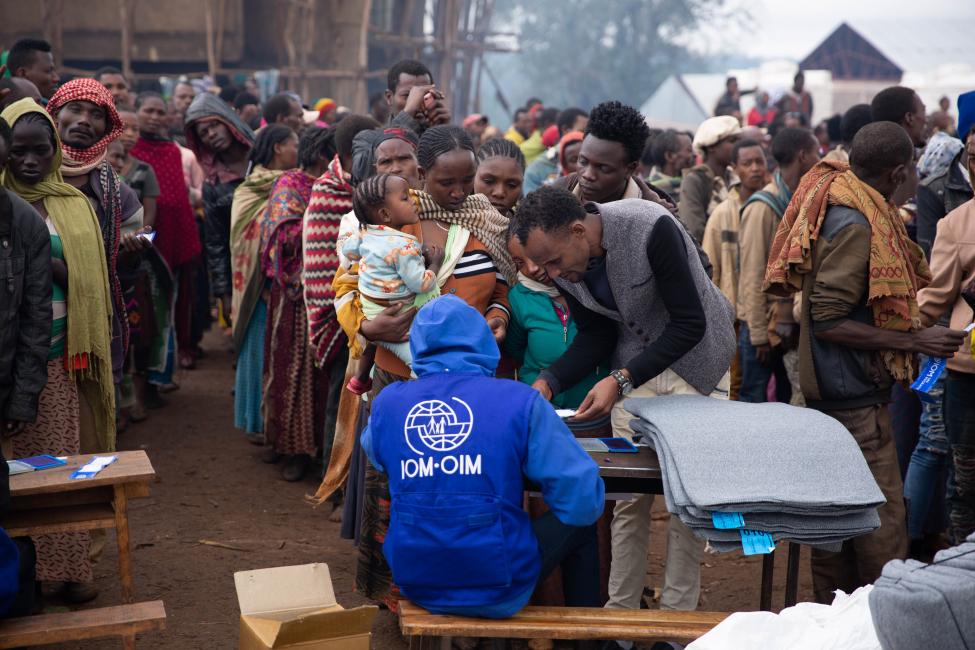 Nairobi – Over half of all movements observed in the first six month of 2019 through flow monitoring in the East and Horn of Africa (EHoA) were motivated by economic reasons, and yet over 8m people remain internally displaced. This is according to a new edition of ‘A Region on the Move’, a report that provides an analysis of the mixed migration movement trends affecting the region.

The report is produced by the International Organization for Migration (IOM). It notes that population movements in the region remain extremely dynamic as people moved in and out of situations of vulnerability.

During the first six months of the year, an estimated 8.1 million remained internally displaced and 3.5 million refugees and asylum-seekers were hosted in the region as conflict and climatic events put pressure on the most fragile communities.

‘A Region on the Move’ also combines information on migration routes, migrant profiles, socio-economic drivers and protection challenges. Humanitarian evacuations from Yemen, returns from the Kingdom of Saudi Arabia and information on Migration Response Centres – assistance facilities for migrants in distress – are also presented in the report.

Of the more than 390,000 movements observed in 2019 through flow monitoring in the region, 57 per cent were motivated by economic reasons. Most migration was observed along the Eastern route (61%), followed by the Horn of Africa route (35%), the Northern route (2%) and the Southern route (2%).

The Eastern route is used by migrants intending to travel to Yemen, the Middle East and beyond while the Horn of Africa route accounts for intra-regional movements. The Northern route is for those travelling to Libya and Egypt, and onwards to Europe while the Southern Route takes migrants to South Africa.

Along the Eastern route, more than 84,000 migrants’ crossings to Yemen were recorded, a very slight decrease from the same period in 2018. The Kingdom of Saudi Arabia, while continuing to attract young migrants eager to find economic opportunities, returned at least 57,843 Ethiopian nationals, 29,419 Yemeni and 2,284 Somali to their countries of origin in 2019 alone.

Commenting on the situation of vulnerable migrants along the different migratory routes, Mohammed Abdiker, Regional Director of IOM’s Regional Office for the East and Horn of Africa, said: “IOM is committed to supporting member states in the region in managing migration with particular focus on promoting developmental aspects like job creation in migrant sending communities to address the root causes of irregular migration. Meanwhile, protection of migrants remains a firm priority against the scourge of human smuggling and trafficking.”

Among the report’s major highlights:

These and other trends in migrant movements are studied by the Regional Data Hub (RDH) which was established in early 2018 at the IOM Regional Office for EHoA, under the EU-IOM Joint Initiative for Migrant Protection and Reintegration in the Horn of Africa. The RDH, DTM and flow monitoring activities are now also funded by the Government of the Netherlands and Danish International Agency.

The RDH aims to support evidence-based strategic and policy level discussion on migration through a combined set of initiatives. These include: strengthening regional primary and secondary data collection and analysis; increasing Information management capacity across countries; providing technical support to ensure harmonization and interoperability of key methodologies used to monitor population mobility; and the engagement of key stakeholders and governmental counterparts in migration dialogue and consultation.

Recent publications from the RDH can be found on: https://ronairobi.iom.int/regional-data-hub-rdh.

For more information, please contact at the IOM Regional Office in Nairobi:

Use the online HTML editor to maximize your web content composing efficiency.