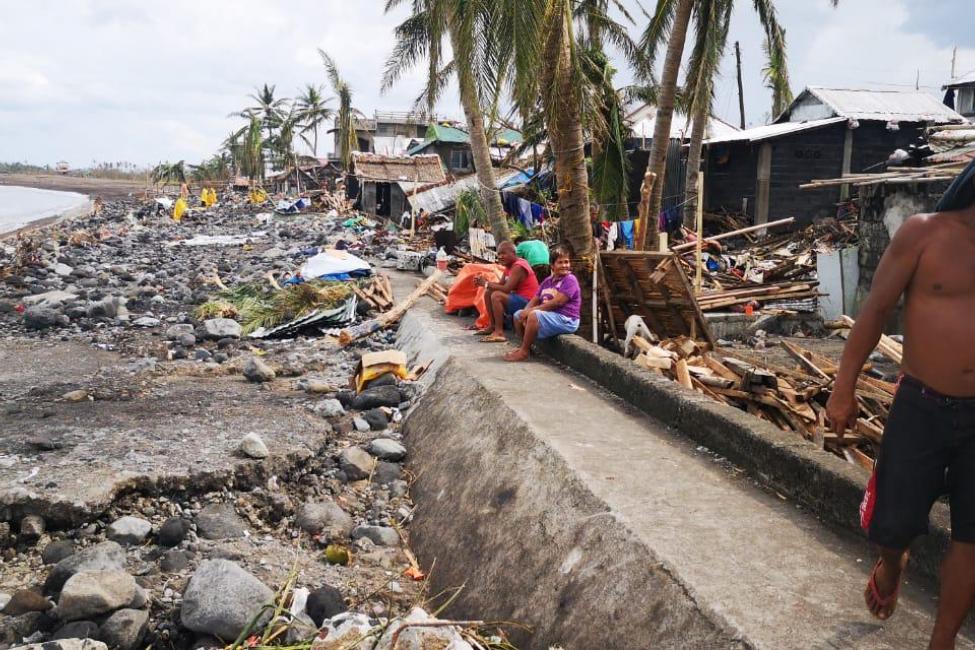 Residents of Albay had only begun cleaning up from the destruction of last week’s Typhoon Molave when the most powerful typhoon of the year slammed into the southern Philippines on Sunday (01-11) packing sustained winds up to 225km/h. Photo: IOM 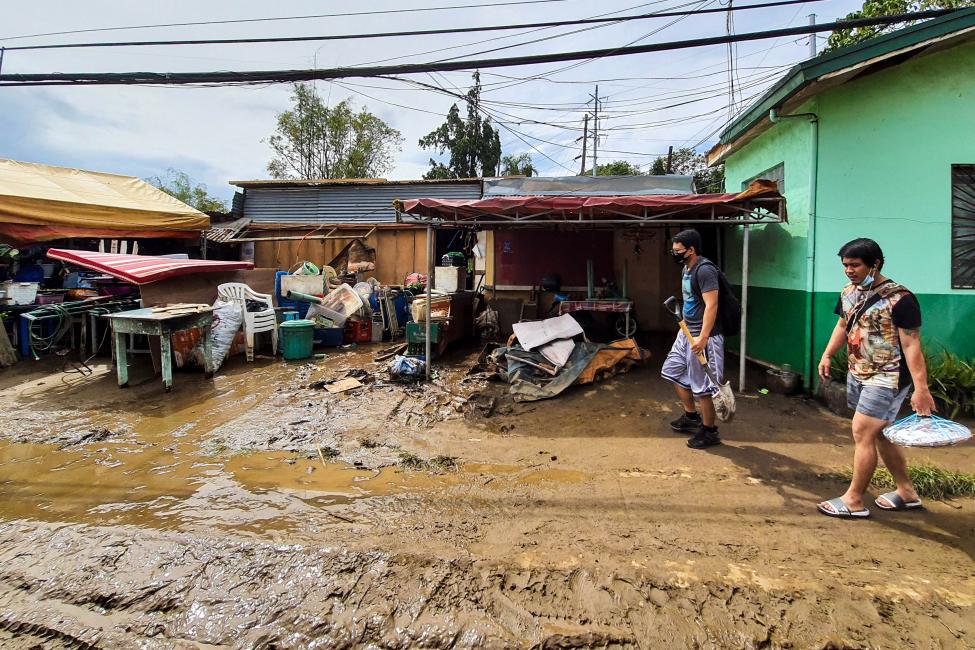 Residents try to salvage what they can as they start clearing out thick mud that accumulated inside their homes. Photo: IOM 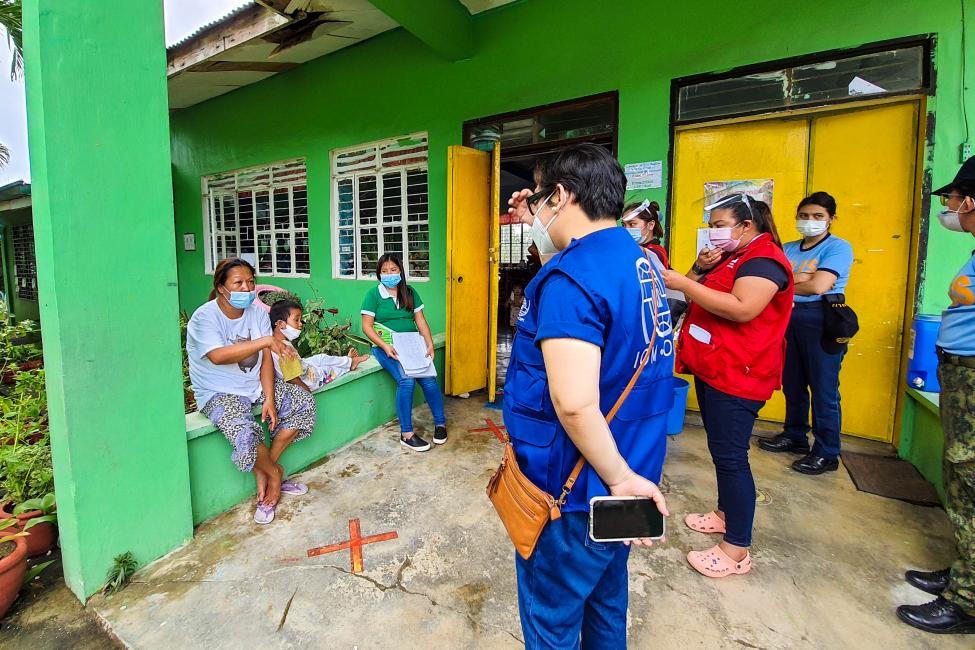 IOM teams are on ground conducting together with the Department of Social Welfare and Development a rapid assessment of the most urgent needs of displaced individuals in evacuation centers. Photo: IOM 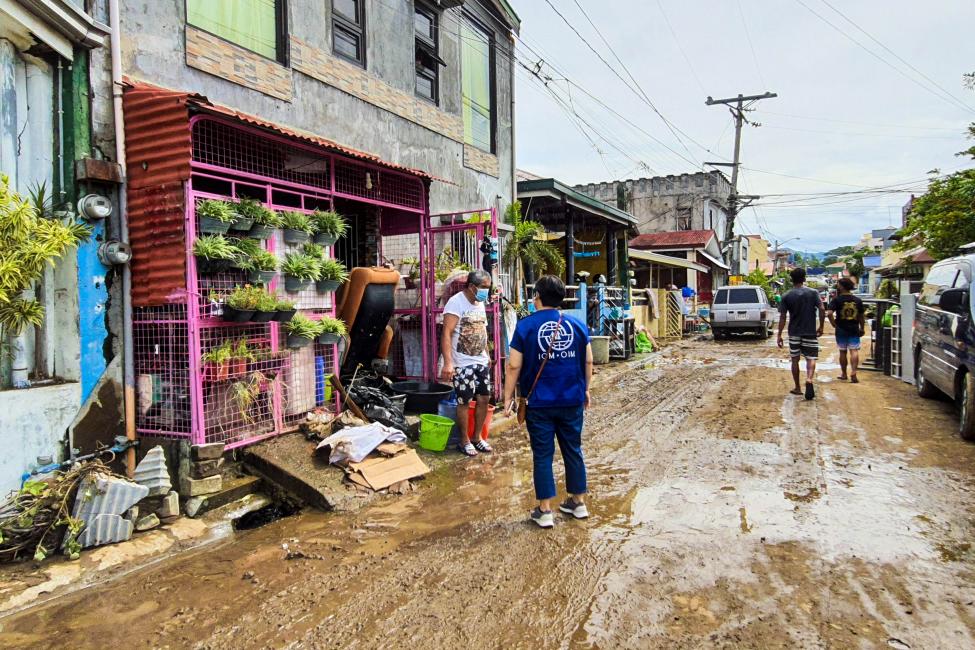 Homes and streets in Batangas, Southern Luzon are covered in mud after flash floods swept the area due to Super Typhoon Goni. Photo: IOM 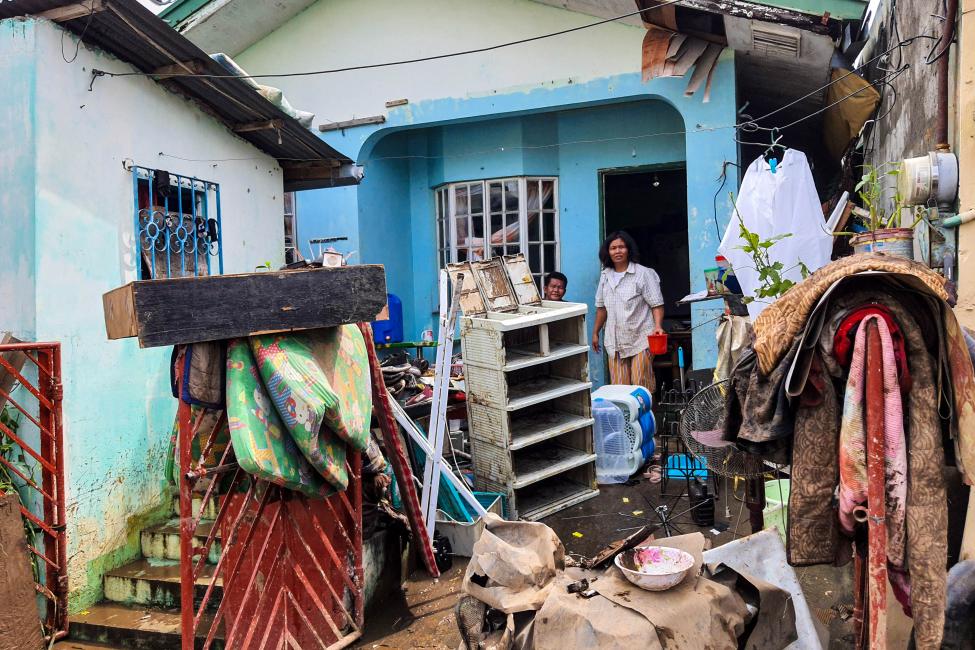 Residents try to salvage what they can as they start clearing out thick mud that accumulated inside their homes. Photo: IOM

Manila - The International Organization for Migration (IOM) has dispatched teams to Luzon Island in the southern Philippines in response to Typhoon Rolly (known internationally as Goni), the most powerful storm of 2020, which smashed into Catanduanes in the Bicol Region on Sunday (01-11) with sustained wind speeds of 225km/h claiming at least 16 lives and causing widespread destruction.

The region is still reeling from the effects of Typhoon Molave which struck last week, killing 22 people IOM Chief of Mission in the Philippines Kristin Dadey said today. The government anticipated the arrival of the typhoon with mass evacuations especially in the provinces of Albay and Camarines Sur.

“Our teams in Albay are reporting scenes of terrible destruction,” Dadey said.

“Power lines are down, houses destroyed and we’re hearing entire villages are under water. The government deserves a lot of credit for getting so many people to safety but we are preparing for more bad news as the emergency response continues.”

As of Monday, 166,763 persons are in evacuation centers with 105,910 persons from the Bicol Region alone, according to the Department of Social Welfare and Development’s (DSWD) data.

“With COVID-19, the most vulnerable displaced populations have become even more vulnerable. IOM will continue to work with our Government partners to support their monumental recovery efforts to address the most urgent humanitarian needs,” Dadey said.

The dead and missing were all in Bicol, including nine in hard-hit Albay province, according to the Office of Civil Defense. Over 300 houses were buried under volcanic rock and mud flows from the Bicol region's Mayon Volcano. Further, storm surges hit some coastal towns, while rivers overflowed and dykes were destroyed, submerging several villages. IOM has deployed teams to Bicol and Regional IV to assess the needs of displaced persons and further required support for government.

The country is struck by up to 20 typhoons annually and, even as it deals with the aftermath of Rolly, Philippine Atmospheric, Geophysical and Astronomical Services Administration (PAGASA) has issued alerts that tropical storm Atsani may make landfall later this week. The area struck by Rolly was also heavy damaged by a powerful typhoon in December 2019.

PAGASA recorded Typhoon Rolly’s gusts of up to 310km/h, and sustained winds of 225km/h, the most powerful typhoon to hit the Philippines since Super Typhoon Lawin in 2015.

The Philippines has had more than 383,000 cases of the COVID-19, the second-most in South-East Asia behind Indonesia.

To further support the Government, IOM working with DSWD has developed a training package on COVID-19 Operational Guidelines for Camp Coordination and Camp Management (CCCM) and Protection. These guidelines have already been cascaded to DSWD, the National Disaster Risk Reduction and Management Council and Local Government Units along the storm’s path — particularly in Bicol.