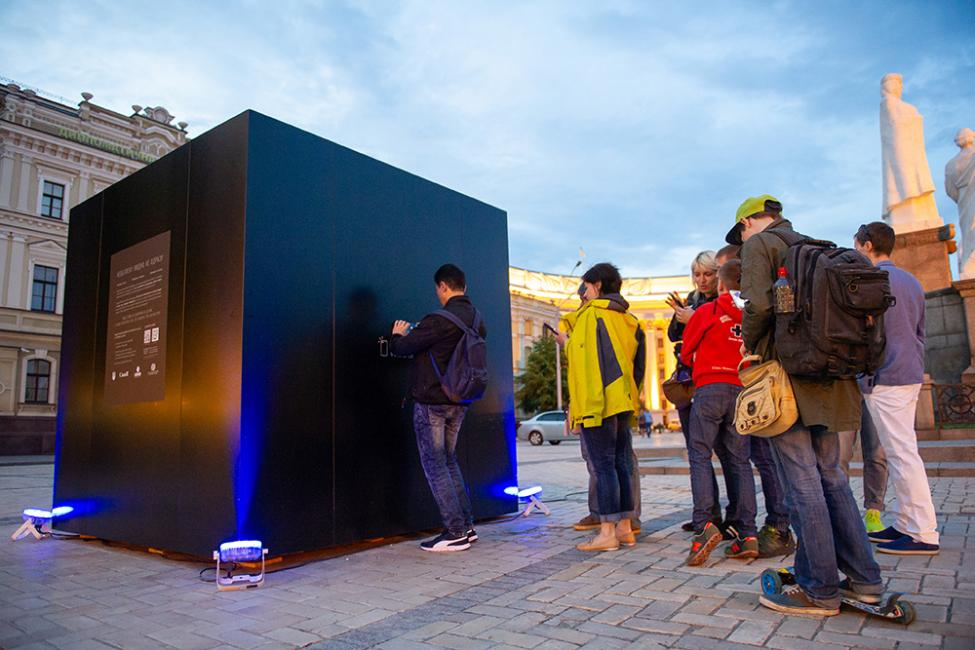 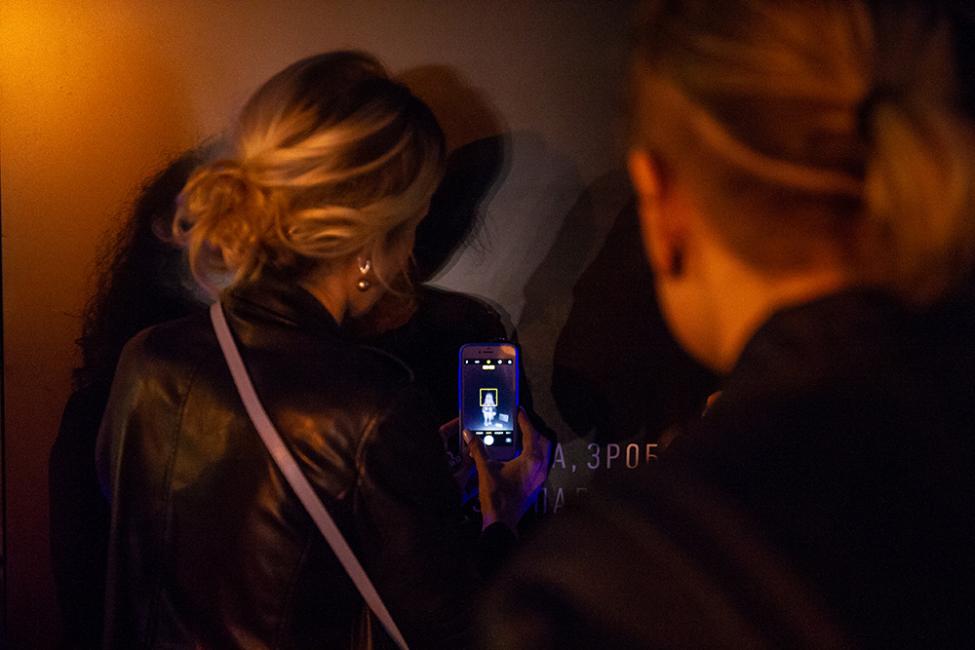 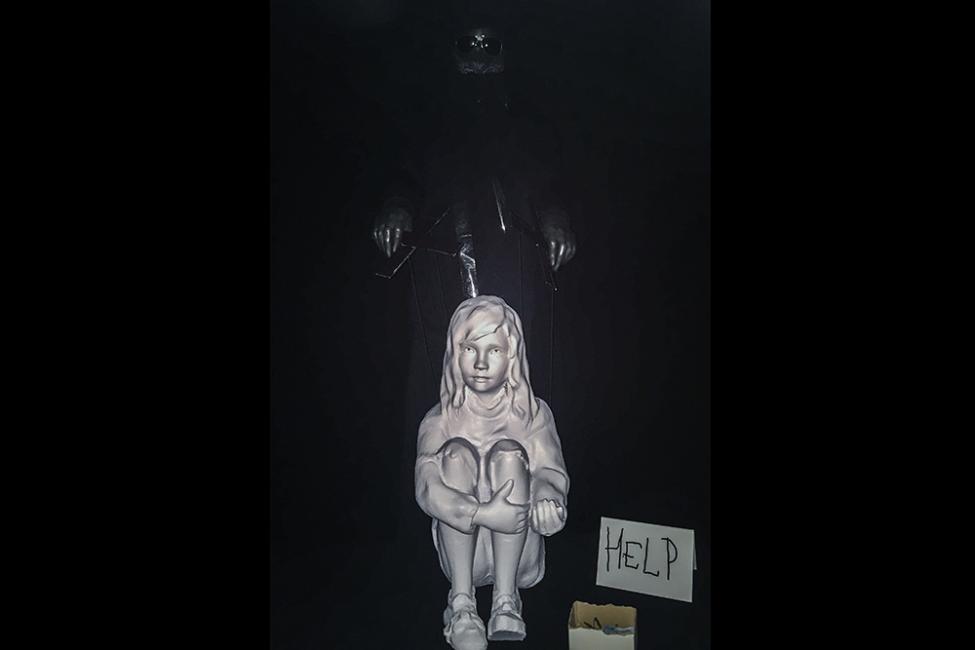 To call on Ukrainians to see the reality in which these children are living, IOM, the UN Migration Agency, and the international media arts competition Kyiv Lights Festival joined their efforts. This weekend (18-20 May), in the framework of the festival, a thematic art installation was displayed in the heart of Kyiv, on Mykhailivska square.

“Those people who are actually behind the children begging in the streets stay hidden and might be invisible at first,” said Thomas Lothar Weiss, Chief of the IOM Mission in Ukraine. According to the UN Migration Agency, more than one-fourth of victims of child trafficking in Ukraine were forced to beg. “It means that the children will not get those donations. It means that they could be beaten, threatened or forced to beg money that would go to criminals,” said Weiss.

IOM’s installation was represented by a large black cube, with a small hole in the middle of one side, looking through which one can see the silhouette of a begging child. However, having made a flash photo on their mobile device, the passers-by were able to see the situation in a different light – it became obvious that the child was under the vigilant supervision of the exploiter. Brief information about child begging problem was also provided, as well as the suggested algorithm of actions when identifying a begging child, and main resources of counter-trafficking information for Ukraine.

“If you see a child begging alone or accompanied by an adult, call the police, tell about the incident, describe the child and accompanying adult. Wait for the police if you can,” Weiss said. “Your money will not help these children, but only enrich those who steal their childhood!”

The installation was made possible by the generous support of the American people through the United States Agency for International Development (USAID) and from Global Affairs Canada. It became a part of the IOM trafficking prevention campaign Danger Might be Invisible at First, supported by the Ukrainian singer and winner of Eurovision 2016, Jamala, who is the counter-trafficking Goodwill Ambassador for the IOM Mission in Ukraine.

Ukraine is a country of origin, transit and destination for trafficking in men, women and children. According to a research commissioned by IOM, over 230,000 Ukrainians became victims to human trafficking since 1991. The IOM Mission in Ukraine provided comprehensive reintegration assistance to over 14,000 victims of trafficking since the year 2000.