Solar Power Delivers Water to Tens of Thousands of Yemenis 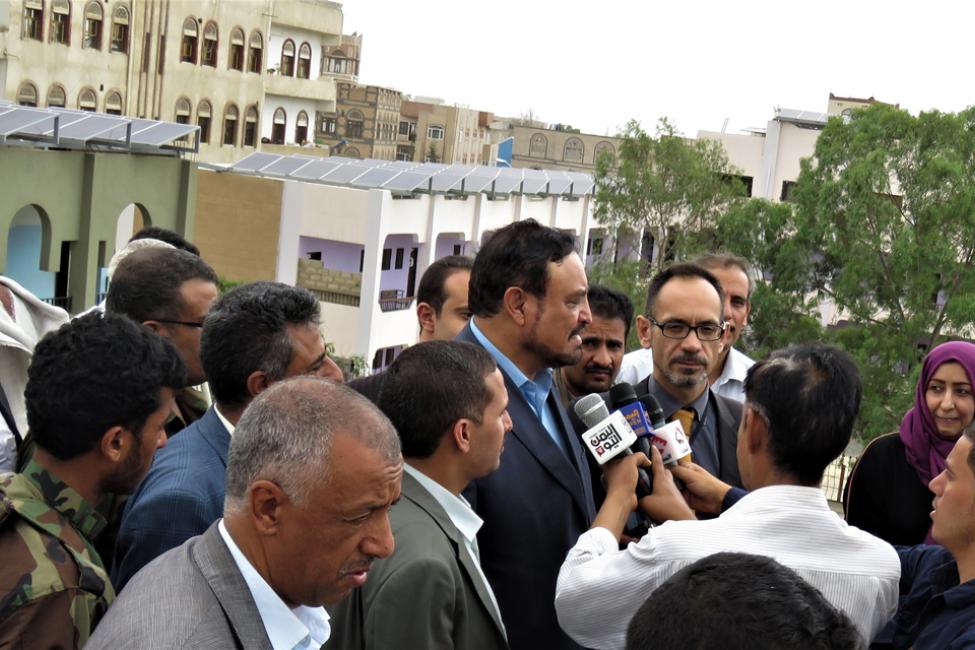 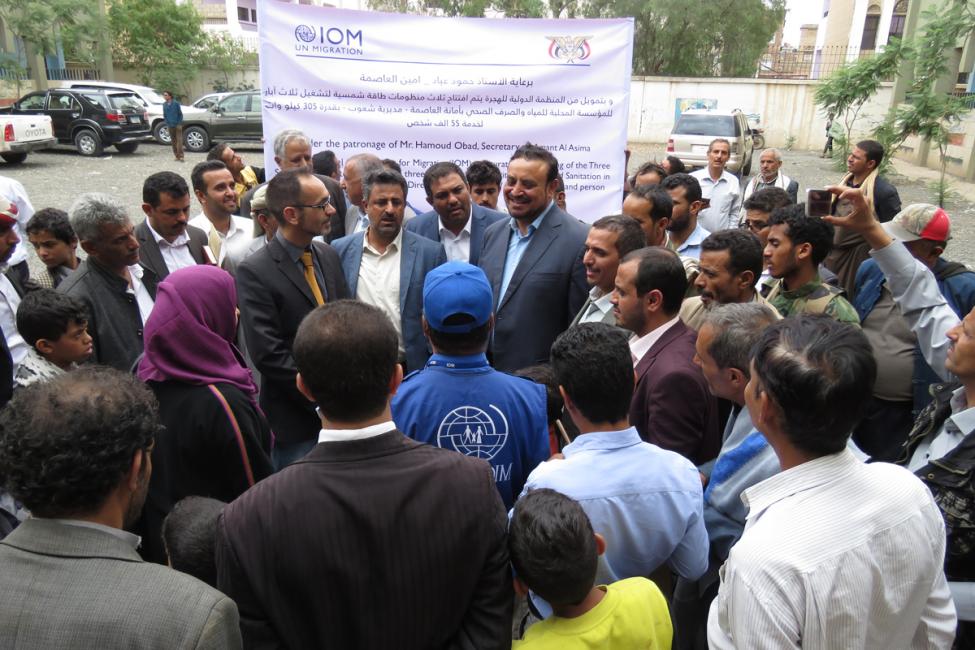 Secretary of Amanat Al Asimah Hamoud Obad extend thanks to IOM for the beneficial and brave project. Photos: IOM/Saba Malme

Sana'a – IOM, the UN Migration Agency, yesterday (10/07) handed over a large-scale solar power water project to the Government of Yemen that is helping to deliver approximately one million litres of water daily to 55,000 people in a country facing chronic water shortages.

Power generated by the 940 solar panels installed on three schools in Amanat Al Asimah and Sana'a Governorates began pumping water to residents of the neighbourhoods of Shu'aub, Al Madinah Al Syahya, and Sho'ob two weeks ago.

IOM’s solar power water project in Yemen, where 90 per cent of the population lacks access to sufficient water, aims to provide conflict-affected communities with alternative methods of accessing clean water. Many people are forced to use unsafe sources of water, which is a clear contributor to the recent cholera outbreak.

Solar energy, collected through photovoltaic (solar) panels, powers deep water pumps and water supply systems. This method cuts dependency and the high recurrent costs of fuel-based technology. An estimated 150,000 litres of diesel and 500 tonnes of carbon emissions will be saved annually due to the environmentally friendly water system in Sana’a.

The project provides essential water supply in places where supply and prices of fuel and other basic commodities are greatly affected by the ongoing conflict and are erratic at best.

Hamoud Obad, Governor of Sana'a, and Abdalah Al Hadi, the Deputy Minister of the Water and Sanitation Authority joined Stefano Pes, IOM Yemen’s Head of Emergency, Transition and Recovery at the official ceremony Tuesday in Sana’a.

This initiative is supported by the United States Office for Foreign Disaster Assistance (OFDA) and the Government of Germany. IOM plans to expand this project throughout Yemen to contribute to the sustainable solarization in the country.