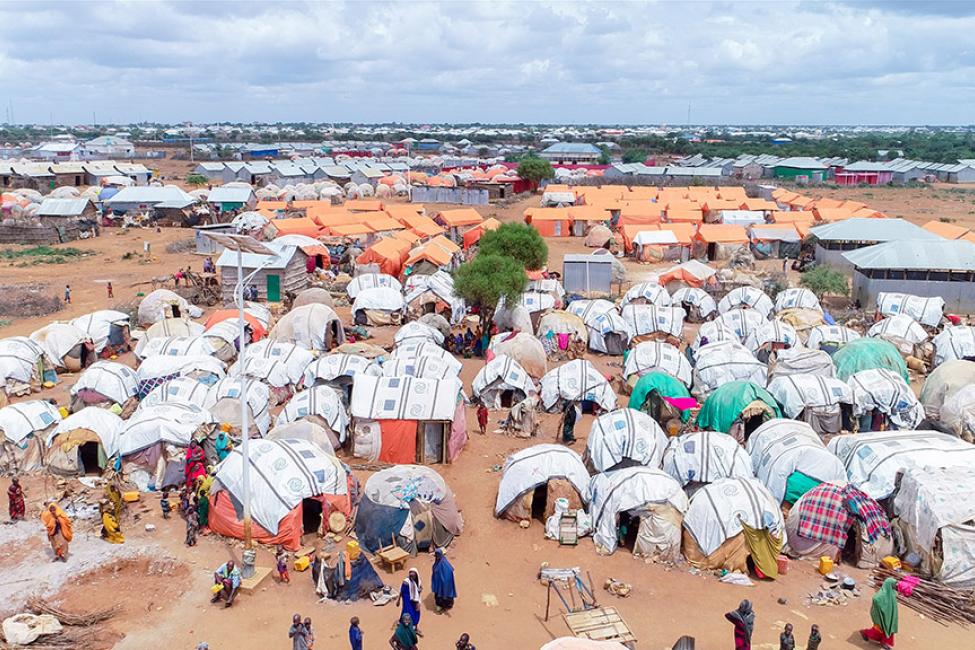 Nairobi – Somalia has for almost three decades been in the throes of conflict; now add the most recent drought and the result is displacement and food shortages.

There are reports of urgent need for assistance among the most affected regions, such as Baidoa.

In the first half of the year, forced displacement in Somalia was primarily due to insecurity, drought and floods, and currently a total of 2.6 million people remain displaced within the country.

Following the declaration of a severe drought in the Horn of Africa region, aid agencies, in collaboration with the Government of Somalia, launched a Drought Impact Response Plan in June.

Of the 15 million people living in Somalia, 5.4 million (about 30%) were estimated to be food insecure with 2.2 million of these in severe acute food insecurity conditions.

More than half of the population lives in poverty with the highest poverty rates found in displacement settlements, with affected populations mainly coming from Lower Shabelle, Bakool, Bay and Sanaag and heading towards Middle Shabelle and Banadir.

Baidoa, the capital of Bay region, hosts one of the largest IDP populations in Somalia. According to figures compiled by the international community, as of September 2019, Baidoa had 359,994 internally displaced persons, consisting of 51,322 households on 435 sites.

Ali Ahmed, an IOM field officer in Baidoa said: “We have new arrivals here coming every day, every week...The biggest gap for the new arrivals is food, water and shelter – that is the main challenge.”

IOM’s Chief of Mission in Somalia Dyane Epstein said: “The needs are immense, and IOM is working together with the government, communities, and international partners to provide the much-needed support, ensuring their basic needs are met.”

In all, the East and Horn of Africa region had 8.1 million IDPs and 3.5 million refugees and asylum-seekers as of June.

Largely due to prolonged conflict, Somalia also has a considerable refugee population abroad, nearly 900,000, according to UNHCR’s Global Trends Report issued in June 2019. The majority were staying in Kenya (34.7%), Ethiopia (26.4%) and Yemen (34%), in addition to 6 per cent hosted by other countries.

Somalia itself hosted 17,000 refugees and asylum-seekers who were mainly settled in Woqooyi Galbeed, Bari and Banadir. Mainly from Ethiopia, Yemen and other countries, including Syria, Tanzania and Eritrea.