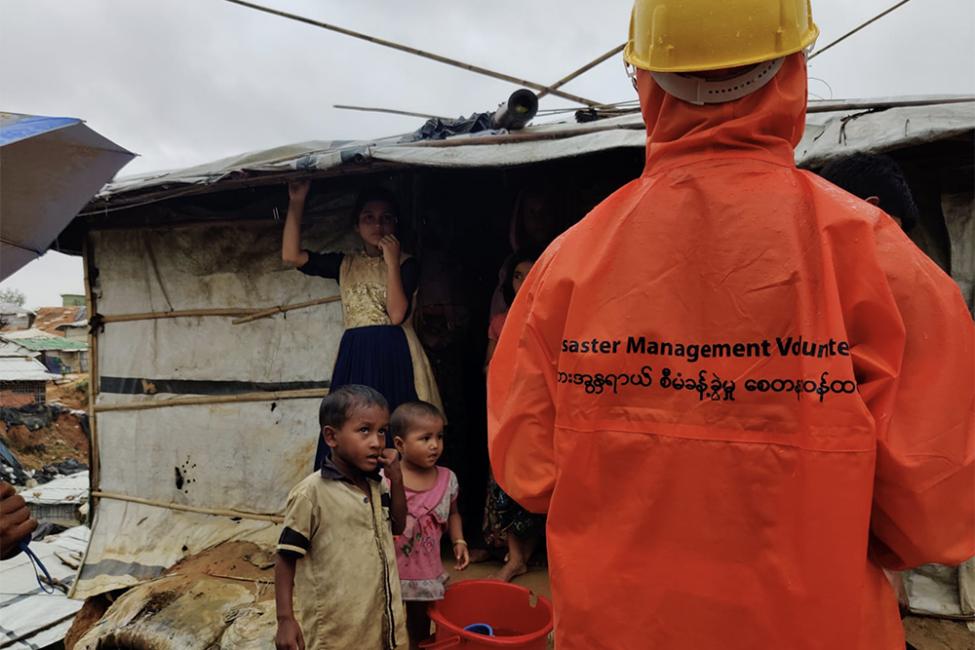 The destruction – triggered by monsoon weather systems sweeping into the Bay of Bengal – saw IOM staff and volunteers working throughout the camps to repair damaged structures and relocate the hardest-hit families to emergency shelters.

“We are only half way into the monsoon season and have helped over 2,000 people in the past 72 hours. Our teams have been working around the clock,” said IOM spokesman George McLeod. Preliminary damage estimates already exceed those recorded in 2018, he added.

IOM and partners, including UNHCR and WFP, have been preparing for the monsoon and cyclone season since late 2018 through infrastructure upgrades and awareness-raising campaigns in both the camps and host communities.

As of last night (7/7), IOM damage reports for the previous 24-hour period indicated 13 more landslides, nine windstorms and two floods affecting 2,200 individuals and 432 households. The rains and wind are expected to continue this week.