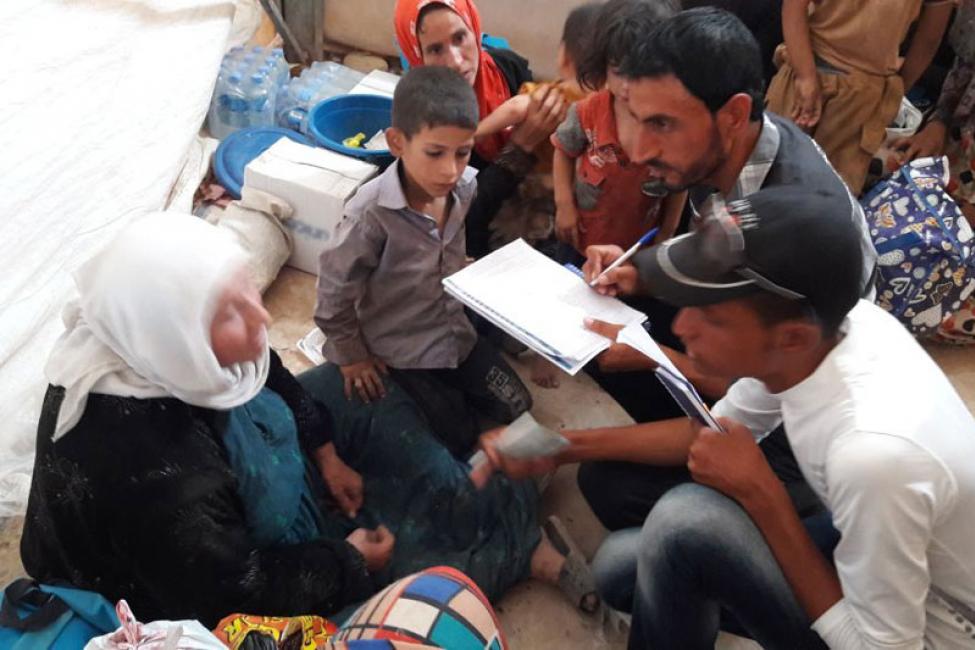 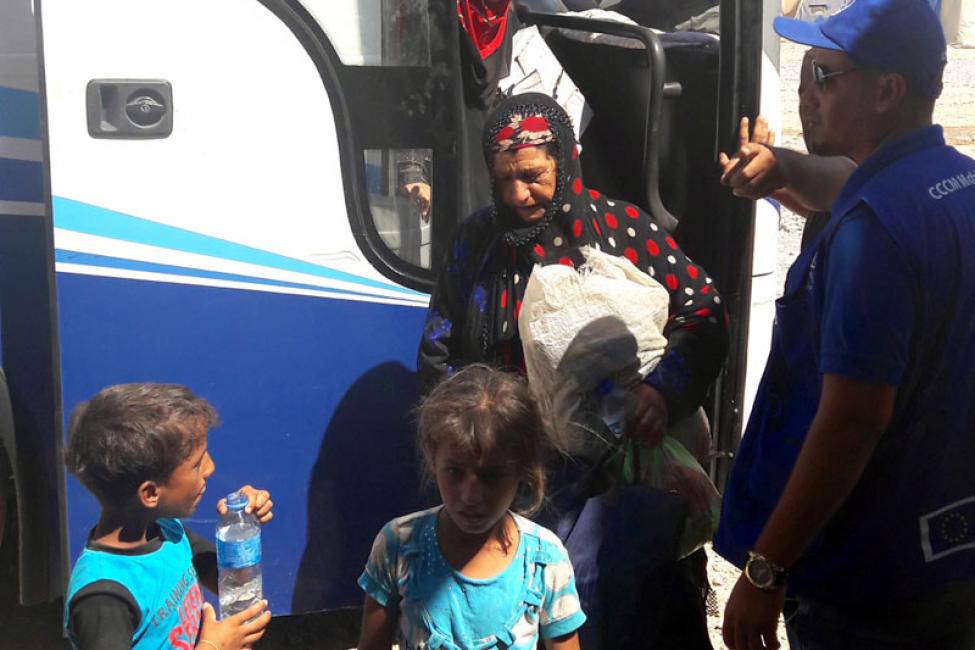 Erbil - IOM, the UN Migration Agency’s emergency teams are responding to thousands of civilians fleeing Talafar since the launch of the military campaign to retake the city from ISIL on 20 August.

In cooperation with the Government of Iraq and humanitarian partners, IOM is directly delivering medical assistance, non-food items (NFI) and shelter to vulnerable displaced people from Talafar, most of whom had to walk for hours in arduous conditions before reaching safe areas. Many of the displaced people from Talafar arrive exhausted and in poor health, often with critical levels of malnutrition among children, some unable to move.

Within the past four days (since 18/08) around 1,500 individuals have been received at IOM’s Haj Ali emergency site, and more than 1,700 individuals have also been received at Qayara emergency site; both sites are about 60 km south of Mosul. Thousands more are expected to flee in the coming days. These internally displaced persons (IDPs) carried a minimal amount of clothes; some only had what they wore, some were partially clothed. Haj Ali emergency site is expected to accommodate additional new IDPs as several camps in the area are at full capacity.

Civilians fleeing Talafar who arrive at military checkpoints and mustering points are bussed by government authorities to areas including Hammam al-Alil, before being transported to camps and emergency sites. A total of 17 recent IDPs from Talafar have been brought to IOM’s field hospital in Hammam al-Alil, some requiring major surgery. Many cases are traumatic injuries, including fractured limbs sustained as a result of the conflict. From the Haj Ali site, the most serious cases were transported to Qayara hospital by IOM ambulance.

“I and my eight family members had not had enough food for the past several months. We used to buy wheat, which was very expensive, tossed it with barley and boiled the mixture so that it would be enough to feed us,” said Um Sara, a woman in Qayara who had been displaced from Abu Maria village in Talafar. “The quality of the water in our village was poor and caused us many skin and other diseases. Life was becoming increasingly difficult under ISIL so we decided to flee. We walked for eight hours and reached the Iraqi security forces," she added.

Many IDPs from Talafar arrived to Haj Ali at night and received NFI kits after being registered and given a tent number at the site. These kits included mattresses, fan, cool box, hygiene kit, rechargeable light and solar light, and were provided by the United States Office of Foreign Disaster Assistance (OFDA).

IOM is bringing additional NFI kits to the emergency sites this week, to prepare for the additional expected new arrivals.

“We fled on 14 August from Abu Maria village – between Kasik and Talafar. We walked for seven hours until we reached the Iraqi military. They took us to Hammam Al-Alil and we stayed there for three days, but then we chose to go to Haj Ali because I have relatives there.

"I wish I could go back to our house but the situation there is tragic. We were trapped for nine months and nothing was allowed to reach us – no food, no goods, no clothes. I have six children, aged one year and a half to 11 years, but I didn't let the older ones go to school because ISIL controlled all schools.

"I keep livestock for a living, but sold all my sheep before we fled. We also left behind two cars and our house. We didn't bring anything with us, we fled with only a few bottles of water.

"When my children would hear the bombs falling nearby, they would ask me time and again to leave the village. Almost everyone in the village had left, but we could not just walk out. My children had three sleepless nights because of the sound of shelling.

"When the time came we left in the dark, bringing only water and our personal documents. I put one of my little children on my shoulders, while the youngest was in his mother’s arms. My mother and sister were part of our group. We walked as fast as we could so ISIL members would not catch us. The children were so tired they were almost sleeping as they were walking.

"When we reached the Iraqi security forces, and then Hammam Al-Alil, all the children received vaccinations and the rest of the family, a health checkup. The children were very happy because they were given candies and sweets; it was the first time they had had sweets in a long time because of the siege around our village!

"As soon as we arrived at Haj Ali emergency site, we received a food package. There is water here, and IOM gave us a tent and non-food item kits as well as blankets and mattresses."