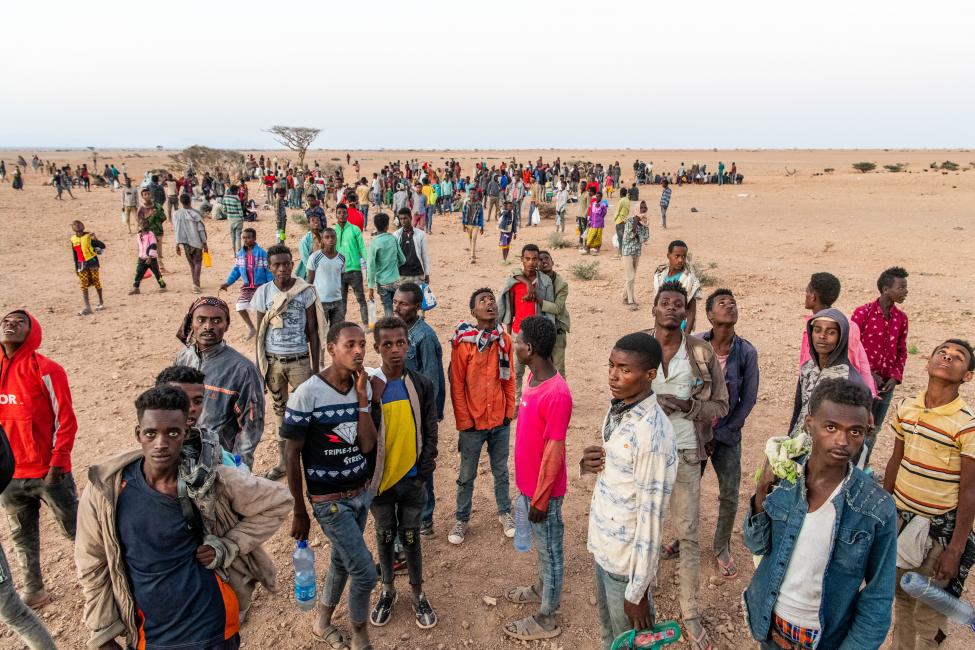 The region remains in flux, with movements resulting from catastrophe and for personal reasons. Photo: IOM/Alexander Bee

Nairobi – The number of internally displaced people (IDPs) in East Africa and the Horn of Africa has dropped considerably in the past six months. A new report from the International Organization for Migration (IOM) says the reason is largely due to one development: 1.3 million Ethiopians displaced by communal violence in 2019 went home.

Moreover, another 200,000 former IDPs were able to return to their homes in South Sudan and other countries.

This represents almost a 22 per cent fall in IDPs in the region in just six months, according to the just released report, Region on the Move, which provides an overview of migration patterns in the region.

Published by IOM’s Nairobi-based Regional Data Hub (RDH), the report explains that intercommunal violence in Ethiopia at the beginning of 2019 is estimated to have forced more than three million people to flee their homes. Yet by the end of the year, of the 6.3 million IDPs spread across the region. only 1.7 million remained in displacement across 1,199 sites in Ethiopia. Sixty-six per cent of those IDPs were affected by conflict, 22 per cent by drought and six per cent by seasonal flooding.

Despite the overall reduction in the number of regional IDPs, Region on the Move found that new displacements in 2019 continued to be triggered largely by climate and environmental hazards. Such hazards included a prolonged, severe drought in the Horn of Africa region which impacted food security for the most part on areas in Somalia, northern Kenya, southeastern Ethiopia, northern Uganda and Djibouti.

“We are concerned about new displacement in Somalia and South Sudan, and climate-induced displacement, particularly as it affects some of the poorest and most vulnerable communities who risk their lives on dangerous journeys,” IOM’s Abdiker added.

Devastating floods following unprecedented heavy rains were also observed in the second half of the year. Heavy rains created favorable conditions for desert locusts, whose breeding contribute to a current infestation across East Africa—mainly in Ethiopia and Somalia--but also spreading to Djibouti, Eritrea, Kenya, Sudan, South Sudan, Uganda and Tanzania.

The region continues to see large numbers of people migrating towards the Arab Peninsula – along the Eastern Route – with 138,213 migrant crossings to Yemen from the Horn of Africa. This was notwithstanding the 120,825 returns of Ethiopian nationals organized by Government of the Kingdom of Saudi Arabia in 2019.

Comparatively, the number of arrivals of East & Horn of Africa migrants registered across European arrival points in Greece, Italy and Spain fell from 4,624 in 2018 to 3,452 in 2019.

Established in early 2018 at IOM’s Regional Office for the East and Horn of Africa (EHoA), the Regional Data Hub (RDH) is funded largely through the EU-IOM Joint Initiative for Migrant Protection and Reintegration in the Horn of Africa. Publications and the 2019 RDH snapshot can be consulted at https://ronairobi.iom.int/regional-data-hub-rdh.