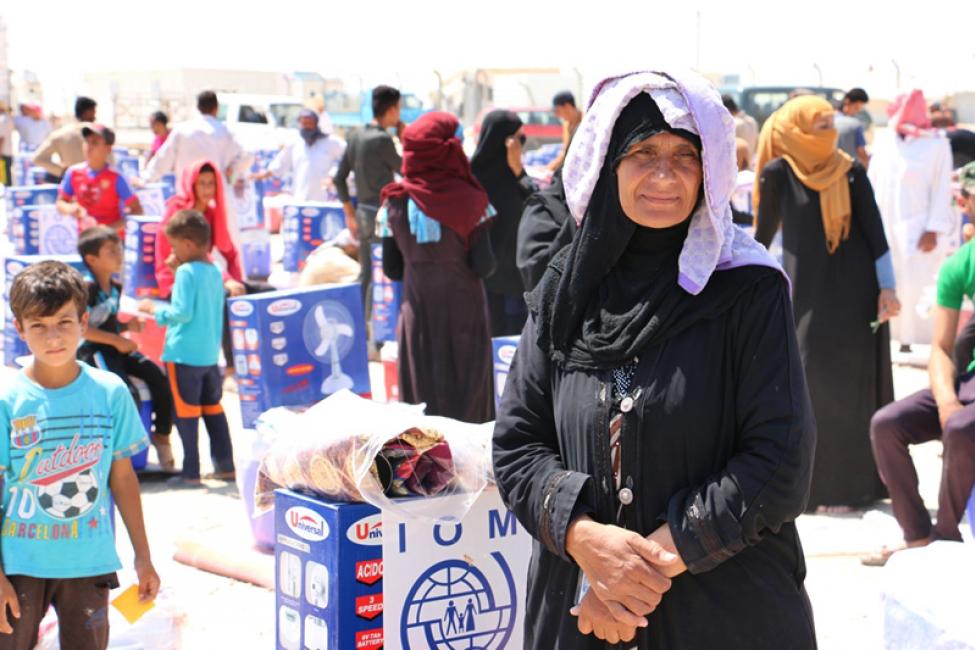 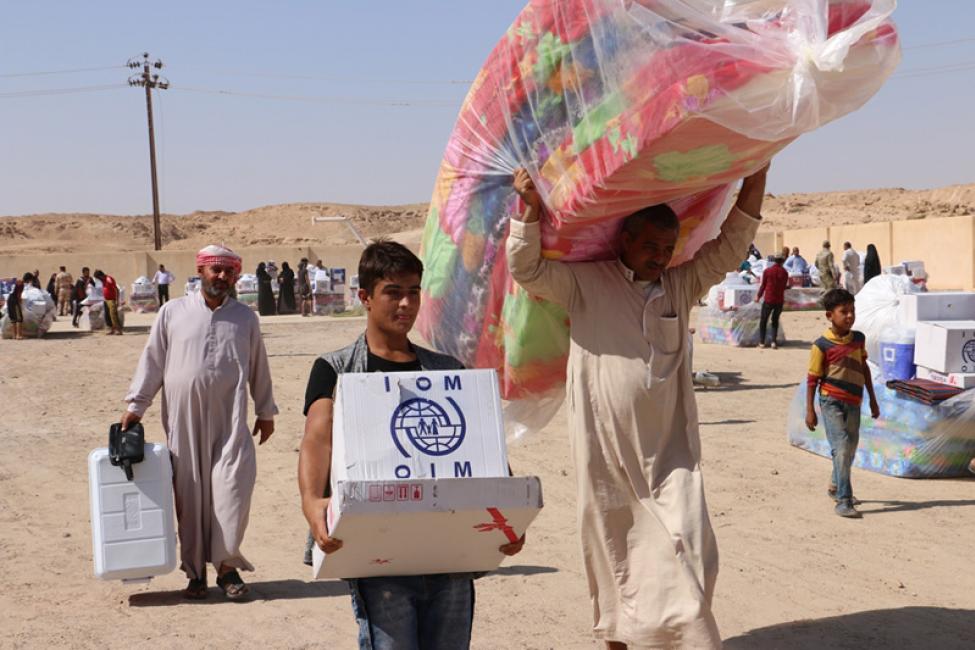 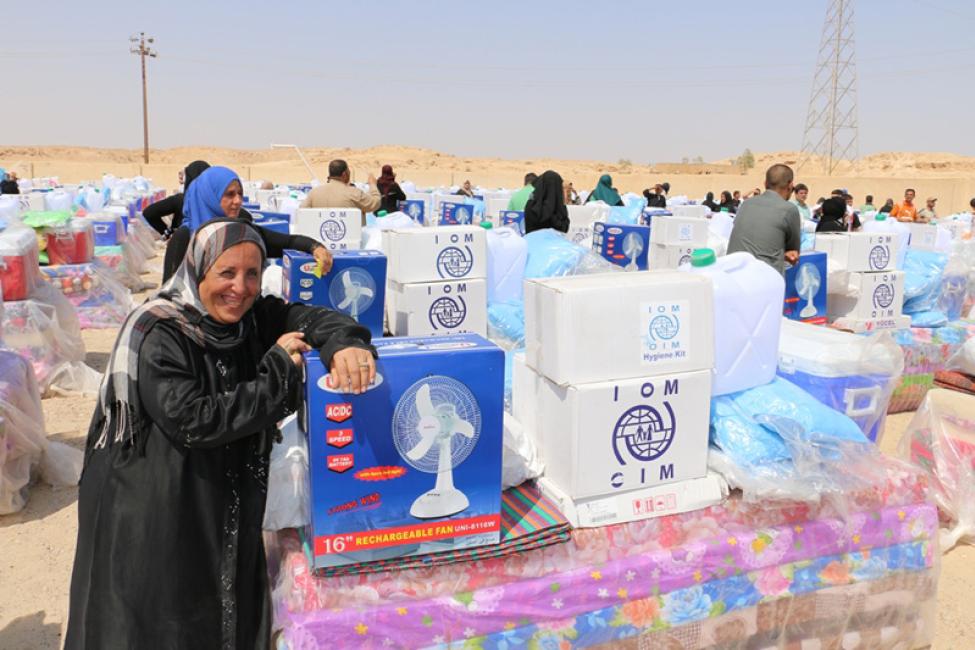 “ISIL killed my husband soon after they entered Anbar,” said Um Emad, who was displaced from Al-Ka’im, a city in Anbar governorate, with her two children. “I have suffered a lot since then. As I became my children’s sole provider, I supported them by selling my homemade bread to neighbours. When ISIL entered our village, the situation became very dangerous and we had to leave. We fled in a risky journey and reached Habbaniyah; we are safe here, but had to leave everything behind.”

Many families walk long distances, some for several days, often in intense heat, to reach safe areas. Most of the newly displaced are children, women and older people.

From early January through 2 October 2017, IOM’s Emergency Tracking identified a total of 54,546 displaced individuals from west Anbar, particularly from Ana, Al Ka’im and Ra’ua districts. Most of them transited through Kilo 18 screening site and are displaced within Anbar governorate (85 per cent); Falluja (25,300 individuals), Ramadi (15,100), and Heet (3,100). Others sought safety in Baghdad governorate (3,600 individuals) and Erbil governorate (4,400 individuals).

In Anbar, IOM medical staff are providing immediate assistance to nearly 1,000 displaced people per week through four Mobile Medical Teams. The teams work in the locations of greatest need, including Falluja city, Ameriyat al Fallujah, Heet and Garma. All locations are identified in cooperation with Anbar Directorate of Health, part of Iraq’s Ministry of Health.

“People newly displaced from their homes often arrive dehydrated, suffering from hunger and thirst,” said IOM’s Dr. Amro, while assisting newly displaced people in Rutba. “Many require psychosocial support and need medical care. Some have chronic illness and exacerbated conditions due to long term lack of care, and others suffer from malnutrition; we have also received a few trauma cases.”

In the past two weeks, in close coordination with Iraq’s Ministry of Migration and Displacement, IOM’s emergency response teams distributed 795 non-food item kits to families in Al Habanyah displaced from west Anbar. This is in addition to 500 kits previously distributed to displaced people not living in camps in Heet. Distributions were sponsored by German Humanitarian Aid, the United Kingdom Department for International Development (DFID) and the European Civil Protection and Humanitarian Aid Operations (ECHO).

“Life in Al-Ka’im city, under the control of ISIL, was extremely difficult,” said Ahmed, who was displaced with his family of six to Haditha district, Anbar, in a perilous and long journey. “I had a household goods shop, but within a few months it became impossible to run my business, so I sold all my assets and used the money to support my family. We felt like prisoners and had to comply with many strange rules enforced by ISIL. Along with other families, we were waiting for the moment when we could flee.”

“We finally fled in August due to hostilities in our area and because further military operations were expected. I hired smugglers to help my wife, four children, my mother and myself to escape. They drove us early morning through unpaved roads. We then continued the journey by foot, walking for hours in hot weather to reach safety. Now we are displaced and living in an unfinished building; we have spent all our limited savings and have no money to cover our needs. The supplies we received today will help us get through this difficult time,” said Ahmed, speaking with IOM staff at an aid distribution.

IOM Iraq DTM continues to track displacement and returns due to the Mosul Operations launched on 17 October 2016. As of 28 September 2017, 816,738 individuals were currently displaced, and 280,272 have returned. For more information on displacement from Mosul please see: http://iraqdtm.iom.int/EmergencyTracking.aspx.