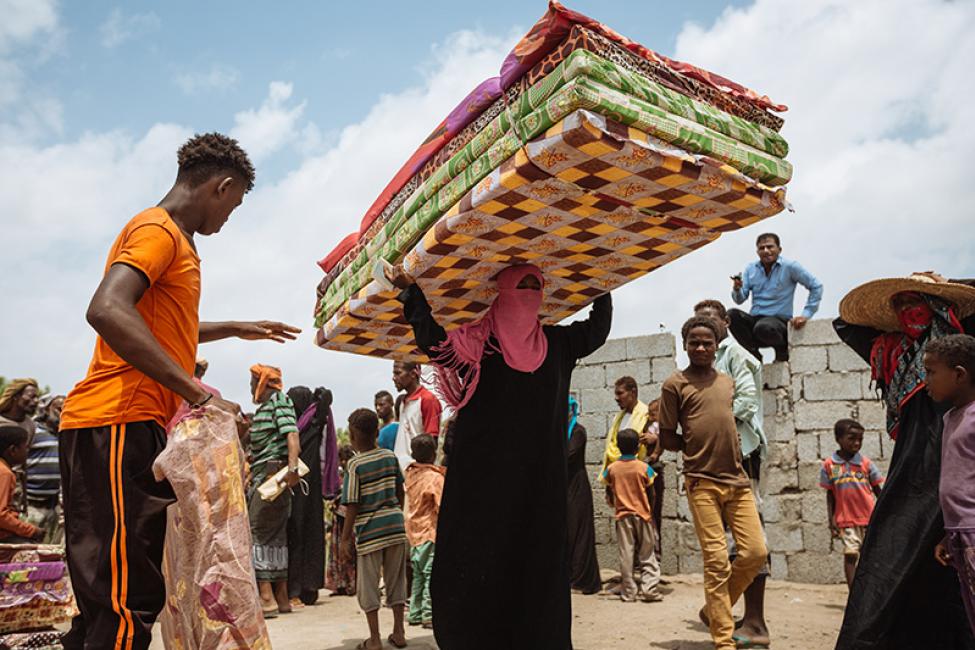 Nearly 70 per cent of internally displaced Yemenis have been displaced for over two years. Photo: Muse Mohammed / IOM 2018

Sana’a – IOM, the UN Migration Agency, has launched an appeal for USD 96.2 million to fund its 2018 response for what is being called ‘one of the worst humanitarian crises in the world’ in Yemen.

Due to a protracted economic crisis, intermittent conflict, and weak rule of law, Yemen was already facing chronic vulnerabilities even prior to the escalation of conflict on 25 March 2015. This has led to a system-wide failure in the health and education sector, as well as a shutdown of governmental services and mass unemployment. Some 22.2 million Yemenis – more than 2 out of 3 people – will need humanitarian aid in 2018, with half of the population living in areas directly affected by conflict.

“Three years of conflict have inflicted suffering on millions, affecting every Yemeni – man, woman or child,” said William Lacy Swing, IOM Director General from the Organization’s headquarters in Geneva.  “With armed conflict ongoing, a stalled peace process and an economic blockade, Yemen is in the grips of a devastating protracted humanitarian and developmental crisis,” said DG Swing.

A further 1 million IDPs have returned to their area of origin but are in dire need of aid. Their homes have been severely damaged by the fighting and urgently require rehabilitation assistance.

Despite all the challenges that Yemenis are facing, the country remains a transit point for thousands of migrants from the Horn of Africa seeking work opportunities in Gulf countries. In 2017, more than 87,000 migrants made the perilous journey to Yemen. The irregular migration is facilitated by human trafficking and smuggling networks.