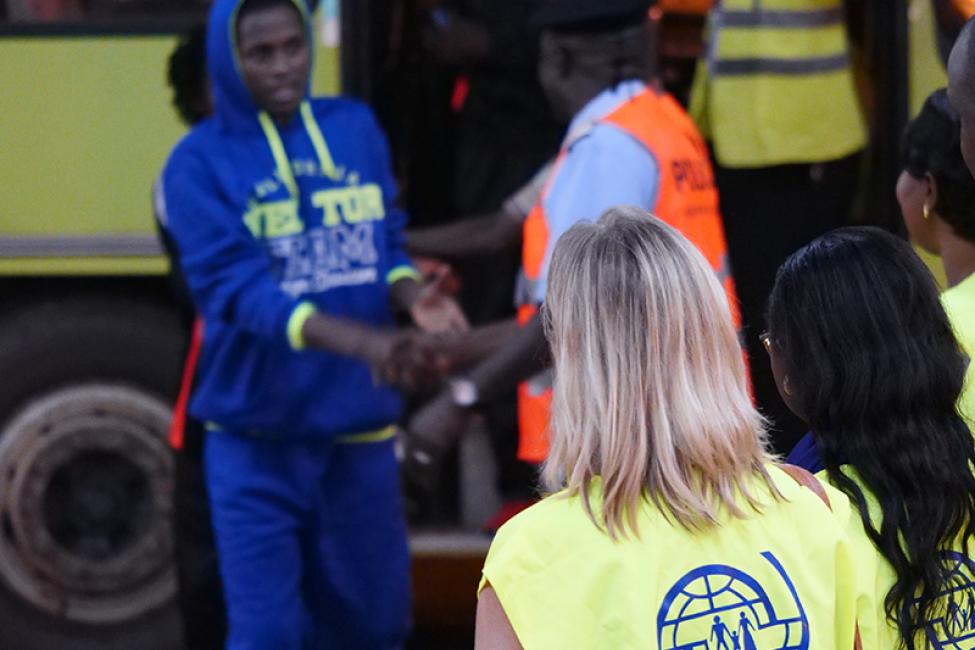 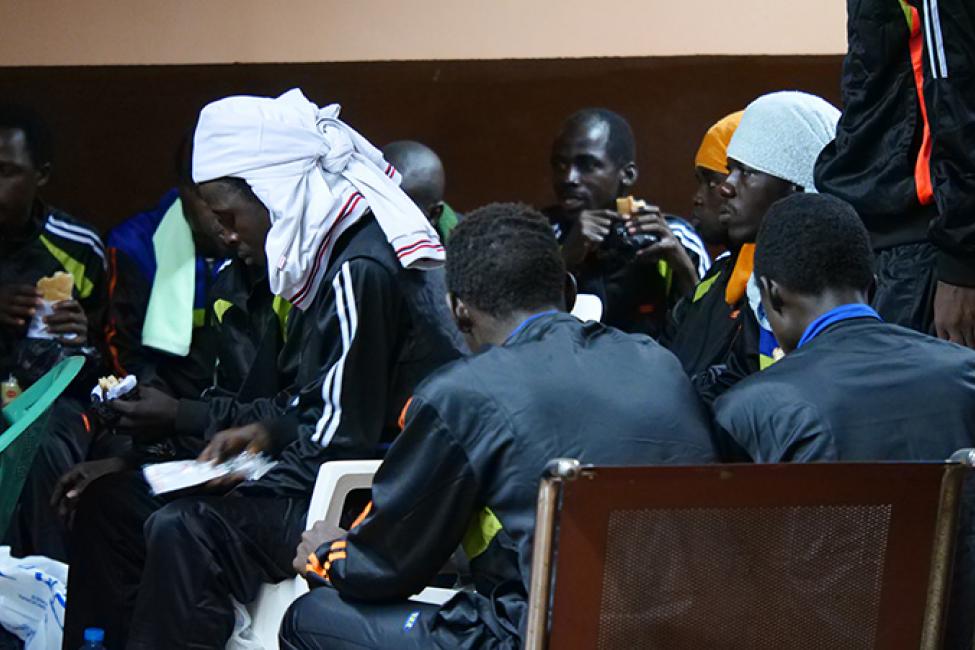 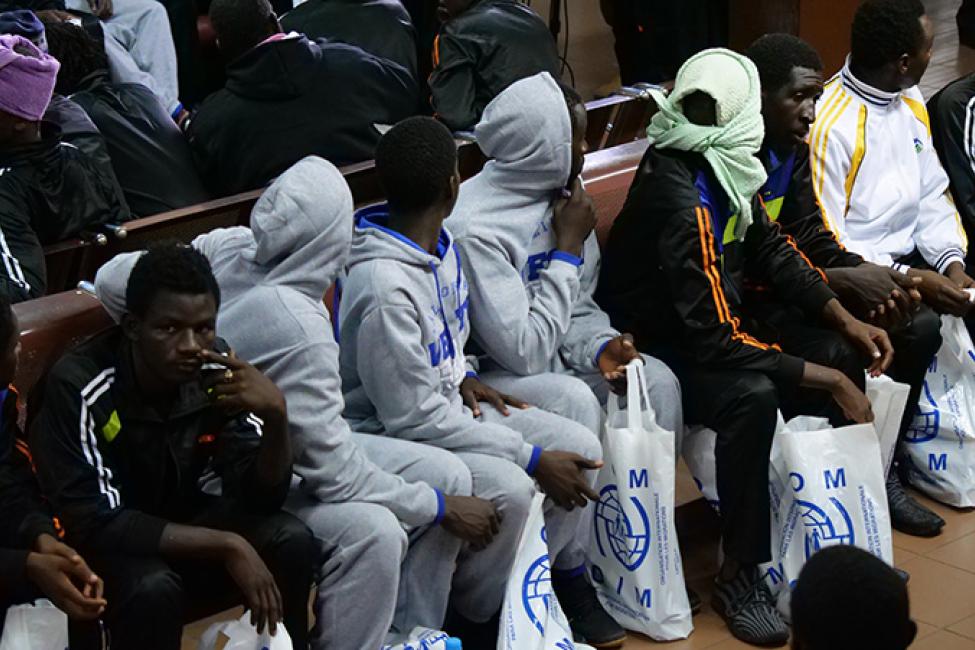 Geneva – IOM Director General William Lacy Swing has committed IOM to fully support this week’s initiative of the African Union with the European Union and Libya’s Government of National Unity, with UN backing to alleviate the plight of thousands of migrants trapped in Libya.

In the wake of shocking reports about rampant migrant abuse and squalid and overcrowded conditions across multiple detention centers in Libya, talks in the Côte d'Ivoire capital Abidjan at the AU-EU Summit this week, are leading to a major stepping up of measures to tackle smuggling and mistreatment of migrants on the central Mediterranean migration route, which claimed 2,803 migrant lives to drowning this year alone.

IOM is now rapidly scaling up its voluntary humanitarian return programme, which has brought more than 14,007 migrants back to their home countries so far in 2017. A large-scale airlift is already underway in which IOM expects to take a further 15,000 migrants home from detention in Libya by end of the year. The establishment of a planned joint task force with all concerned parties is aimed at ensuring that the migration crisis in Libya is dealt with in a coordinated way.

"Scaling up our return programme may not serve to fully address the plight of migrants in Libya, but it is our duty to take migrants out of detention centers as a matter of absolute priority," IOM DG Swing said Thursday to IOM Member States gathered in Geneva to take part in the IOM Council.

DG Swing added that IOM intends to work with all UN partners and ensure proper coordination and prompt referral of any persons for whom return may not be suitable. These initiatives come following Director General Swing’s discussions with African Union Commission Chairperson Moussa Faki Mahamat, as well as with EU High Representative for Foreign Policy Federica Mogherini and UN Secretary General.

Large numbers of migrants are held in overcrowded detention centers, in conditions that fall far short of basic and humane standards. A large number of those migrants have expressed a wish to return to their countries of origin and IOM is now scaling up its air operations out of Libya to assist those men, women and children who may wish to return home. IOM’s initial effort will focus on 15,000 migrants, which it aims to help return and reintegrate in countries of origin before the end of the year.

“This is a choice people make voluntarily, hoping for a new start at home,” said Othman Belbeisi, IOM’s Chief of Mission in Libya. “We are conscious that return alone is not sufficient to address the situation of migrants in Libya, and therefore we are also committed to expanding our advocacy and capacity building efforts in order to introduce new approaches to migration management in Libya, in close cooperation with the Government of Libya and partners in the UN."

For reintegration to be sustainable, IOM is also scaling up its support for migrants who returned voluntarily to countries of origin and will be working on addressing the root causes of migration, as well as increasing our programming to counter smuggling and human trafficking in the migration routes. IOM is appealing for further support to enhance such an approach.

For the past year, the return of migrants has been funded by the European Union Emergency Trust Fund for Africa (EUTF), the United Kingdom, Italy, the Netherlands, Norway, The UN’s Central Emergency Response Fund and the United States. The scaling up of humanitarian returns following the AU-EU summit is funded by the EUTF, UK, Italy, Germany and the African Union.