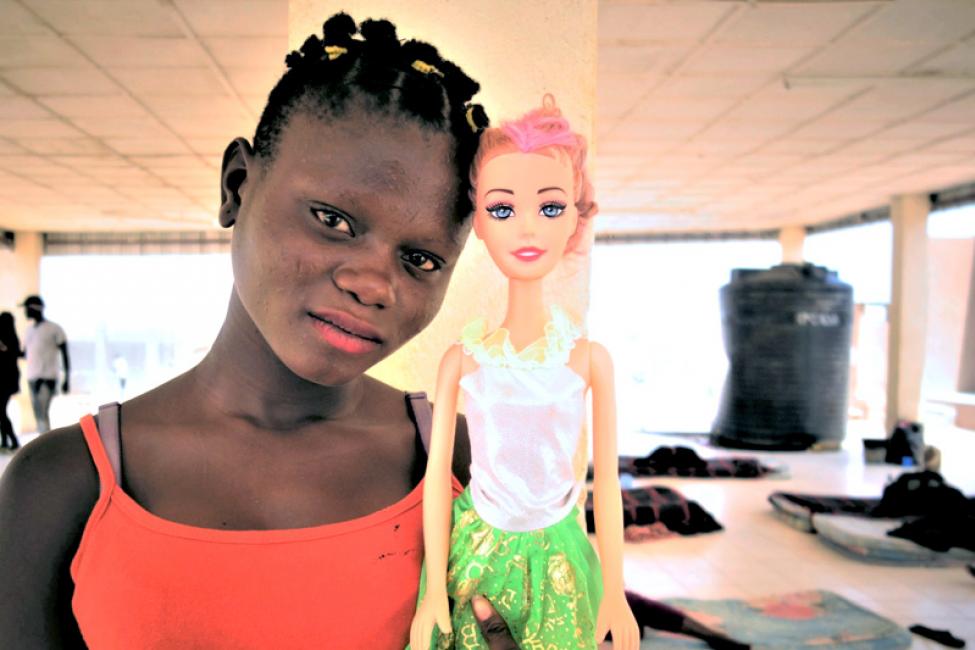 Niamey – So far in 2017, IOM, the UN Migration Agency has assisted 107 victims of trafficking in Niger, of whom 27 per cent were women and 60 per cent were children. This compares to 46 assisted victims in 2016.

To enhance support to victims, IOM has signed an agreement with the Nigerien National Agency for the Fight against Trafficking in Persons and Illicit Trafficking of Migrants (ANLTP/TIM). The agreement includes an action plan for the next two years, financed by the European Union.

Niger is not only a country of origin and destination but transit, especially for trafficked men, women, and children subjected to forced labour. Given this, the country continues to be a key place for anti-trafficking and counter-smuggling activities for migrants from and in West Africa.

Since 2010, IOM Niger has developed a series of activities in order to combat human trafficking and to protect the rights of smuggled migrants. IOM has supported the Ministry of Justice during the preparation and adoption of the Order No. 2012-86 on Combating Trafficking in Persons (2010) which criminalizes all forms of trafficking, including slavery and practices similar to slavery.

IOM works in close coordination with the ANLTP and the National Coordination Commission for the Fight against Trafficking in Persons (CNCLTP) through various activities including awareness events, trainings, and its direct assistance to migrants. When assisting children, IOM works in close coordination with juvenile authorities and child protection actors to ensure their best interests at every stage of the process.
“Migrants are exploited every day on these dangerous routes, among them many women and children – some unaccompanied – from Niger and other ECOWAS countries,” said Marine Buckenham, IOM’s Protection Officer in Niger. “Today, 28 September, marks the National Day against Trafficking in Niger. Through this Memorandum and action plan, IOM and ANLTP are reinforcing their cooperation by promoting concrete actions in support of the work done by the Nigerien authorities while assistance is provided to all victims of trafficking identified by our teams and willing to receive help,” Buckenham added.

Since the beginning of the collaboration with ANLTP in 2012, more than 30 trainings and workshops for authorities, judges, border and police officers, social workers, members of civil society and inspectors have been organized. In close partnership with the Government, IOM has also supported the establishment of a mechanism for the identification and referral of victims of trafficking, and the construction of the first centre for victims of trafficking in Zinder, the second largest city in Niger.

As part of this new action plan, IOM plans on developing 10 more training modules in Niger, in particular on the identification and referral of victims of trafficking and the protection of vulnerable migrants.

In 2016, a centre for vulnerable migrants opened in Niamey, allowing for the special monitoring of unaccompanied children, women and families, patients, including migrants with psychiatric disorders, victims of trafficking and any other migrants requiring special follow-up.

At the centre, migrants receive psychosocial support through individual counselling, group therapy, recreational and sporting activities aiming to re-establish their self-confidence, but also through educational activities, such as literacy classes, language courses and short technical trainings.

Almost 40 per cent of the women that passed through IOM’s transit centres in 2016 were subjected to various kinds of abusive or violent treatment during their journey or once they arrived at their destination. Many of these women are lured into embarking on this trip due to false promises of work opportunities without knowing that they are at risk of being trafficked.

Cyntzhia (21) was working as a seamstress in her native Nigeria when someone promised she could find her work as a nanny in Italy. She was traveling from Nigeria to Libya with her sister Esther when the driver abandoned them in the desert.

They now have decided to head back home with IOM Niger’s voluntary return programme. “I’m happy I am going back. Once I arrived at the transit centre in Agadez and started talking to the women there, I realized what kind of work I was actually expected to do once in Europe. It was a real eye-opener,” Cyntzhia said.

The newly signed agreement will strengthen IOM’s direct assistance to migrants and the awareness activities related to trafficking in persons by facilitating the coordination of activities and information exchange between the two institutions.