When Returning Home is a Deadly Journey, “Shame is the Returnee’s Worst Enemy” 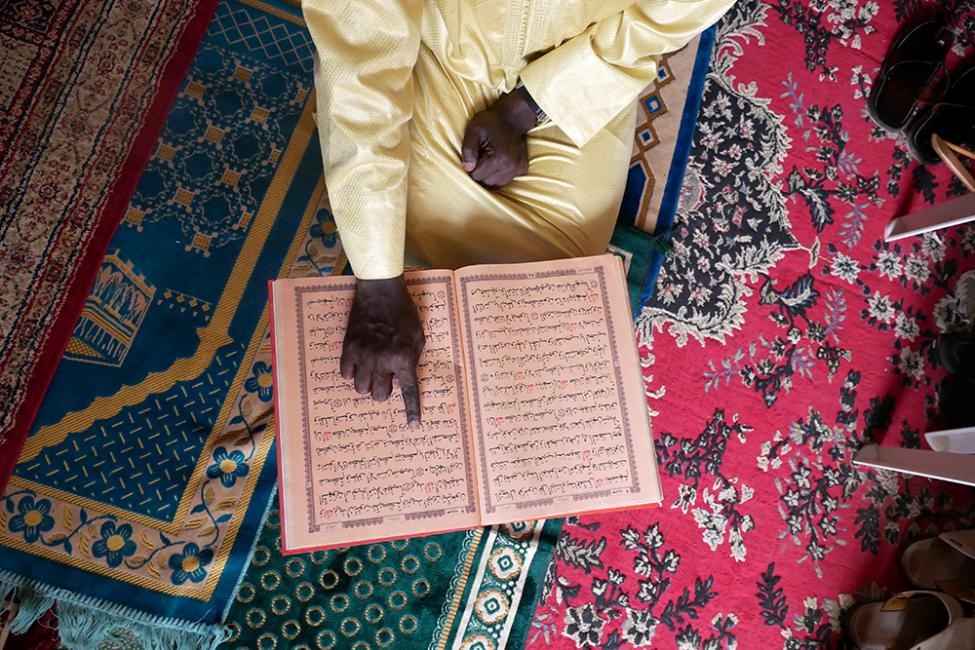 Dakar – The six-day journey to Spain’s Canary Islands from Dakar, Senegal’s capital, on an agitated sea did not break Moustapha. Nor did hearing what happened to the other five boats departing with his: none of them made it, nor did the hundreds of people they carried.

“I was lucky enough to succeed, despite all the difficulties: the wind, the cold, the 20-meter waves, all of it,” he says in his home in the fishing town of Thiaroye-sur-Mer, on the outskirts of the Senegalese capital.

But if the journey didn’t break Moustapha, something else almost did: returning home empty-handed. Back in Thiaroye in 2006, Moustapha faced the contempt of his neighbors. Family members refused to put him up. He was a “failure.”

“Here in Senegal, it is not in our culture to accept someone who tried to migrate and failed,” the young man explains. He was discouraged, alone and ashamed at having failed his family, to whom he had promised a better future. “If at the time, I could have killed myself, I would have."

In Senegal, many returnees come home after traumatic journeys, only to find themselves excluded from their families and communities. With little to no social or psychological support, some end up taking their lives. Researchers and local returnee support groups point to a handful such cases in recent years. For each migrant who took their life, dozens more suffer in silence, like Moustapha did.

Mental health services are few in Senegal – which has around 30 psychiatrists for 14 million people—a Ministry of Health official says. “Returning ‘home’ can be mistakenly seen as an easy and unproblematic process as migrants reintegrate and resettle in their hometown and within their communities and families. This assumption does not consider the emotional, social and cultural complexity and the readjustment challenges the returnees might face,” says Gaia Quaranta, a psychologist for the International Organization for Migration (IOM) Regional Office for West and Central Africa, based in Dakar.

“Upon their return, some migrants can face negative psychological reactions like shame and guilt, self-perception to be a failure, hopelessness, low self-esteem, frustration or anger. It is important to make them understand that those reactions are normal in highly challenging situations such as Libya. Psychosocial support is therefore fundamental and aims at enhancing migrant’s psychosocial well-being and foster their resilience,” she adds.

“For those migrants with pre-existing mental disorders or psychosocial vulnerabilities, whose mental health conditions may have been exacerbated during the migration journey, a referral to specialized psychiatric care and psychological support might be needed,” said Quaranta.

Sometimes, the best thing one can do to help returnees is to talk to them. To avoid others slipping into the kind of despair he experienced, Moustapha created a support group in Thiaroye for migrant returnees.

“If someone has ‘failed’, we have to take a step in their direction, talk to them, and tell them: ‘This is not the end of the world’,” he explains. “We can stay here, make money here, feed our families here."

On most days, Thiaroye’s young men gather around him at the local carpenter shop, kept in the shade by freshly painted doors set outside to dry. Over a few small glasses of attaya, the local tea, those who came back talk to others who still dream of going. Challenges, failures and fears are all discussed, and the debates sometimes become heated. But the men are no longer alone in dealing with the suffering and the shame.

Statistics on the suicide of returnees are hard to come by. In a country whose religious observers are 95 per cent Muslim, suicide is a taboo, and many such deaths go unreported by families or undetected by authorities.

Nor are there official statistics on suicide in Senegal, generally. “In Dakar, deaths by suicide are uncommon, and their number is probably under-estimated because of socio-cultural, religious, economic obstacles and the failures of the legal system,” university professor Mohamed Maniboliot Soubah concluded in a 2013 study.

"In these cases of suicide, these are people who were having a hard time dealing with the return,” says Aly Tandian, the president of the Saint Louis–based Study and Research Group on Gender, Environment, Religion and Migration. Through his research on migration, he has documented suicides of Senegalese migrants in the country’s east as well as in Niger.

Often, social support, or the lack thereof, is a major factor in the suffering. “If they had left a bedroom, that room is occupied by others. They are made to understand they are not wanted. This leads to terrible distress, isolation, people who stop eating. These people are heavily impacted,” he says.

Shame is the returnee’s worst enemy. “The family is often overly involved in the migration because the departure is equated to success,” says Papa Lamine Faye, a senior psychiatry professor at Fann Hospital. “The family has often contributed, it has sold cattle, it has made sacrifices to make the project possible. The migrant, who has all these hopes placed on him, comes back, and he is ashamed because he feels the rejection of the family,” he says.

When a migrant comes back, “he needs moral support,” Djibril Dioum, who migrated and returned on three different occasions, says. After his boat capsized in the Atlantic in 2006, he says having family and friends around, and being able to talk about his experience is what helped him deal with the trauma.

As vice-president of Migration and Development Yaraax, an NGO returnee support group located in  another fishing town on the outskirts of the capital known for its high rates of departures, Dioum now tries to replicate the support when others come home to the town of Yaraax-Hann.

“An individual in this state, when he comes back, you have to know how to welcome him, how to handle him, how to help him get through this tough time. Otherwise he can become withdrawn, get negative thoughts leading to suicide or alcohol,” the group’s president, Magath Diop, says.

In Yaraax-Hann, training sessions with psychologists, returnees and members of civil society teach migrants and their families how to best help and the group visits prospective migrants and returnees in their homes when necessary.

For some, migration itself is a suicide attempt. “The one who kills himself will go straight to hell. It’s prohibited,” says an imam in north Dakar who asked not to be identified. “We know the journey out of here will be dangerous, and potentially deadly. Anything a Muslim does which can bring death is prohibited."

Since 2017, IOM provided psychosocial support to over 6,000 returnees in West and Central Africa in the framework of the EU-IOM Joint Initiative for Migrant Protection and Assistance funded by the EU Emergency Trust Fund for Africa and implemented by IOM in 26 African countries.

"We must work at family and community levels to decrease the risks of social marginalization and exclusion – which constitute risk factors to their psychosocial wellbeing. At the same time, given the difficulty to access psychosocial support, we must facilitate the reactivation of social support mechanisms, such as peer support groups,” IOM’s Gaia Quaranta concludes.

In order to better address the multiple psychosocial needs of returnees, IOM seeks synergies with different governmental and non-governmental actors to protect and promote their psychosocial well-being. In Senegal, IOM provides mental health and psychosocial support to returnees in the main regions of high returns, particularly Tambacounda, Kolda, Seidhou and Ziguinchor.

This article was written by Anna Pujol-Mazzini and edited by the IOM Regional Office for West and Central Africa.