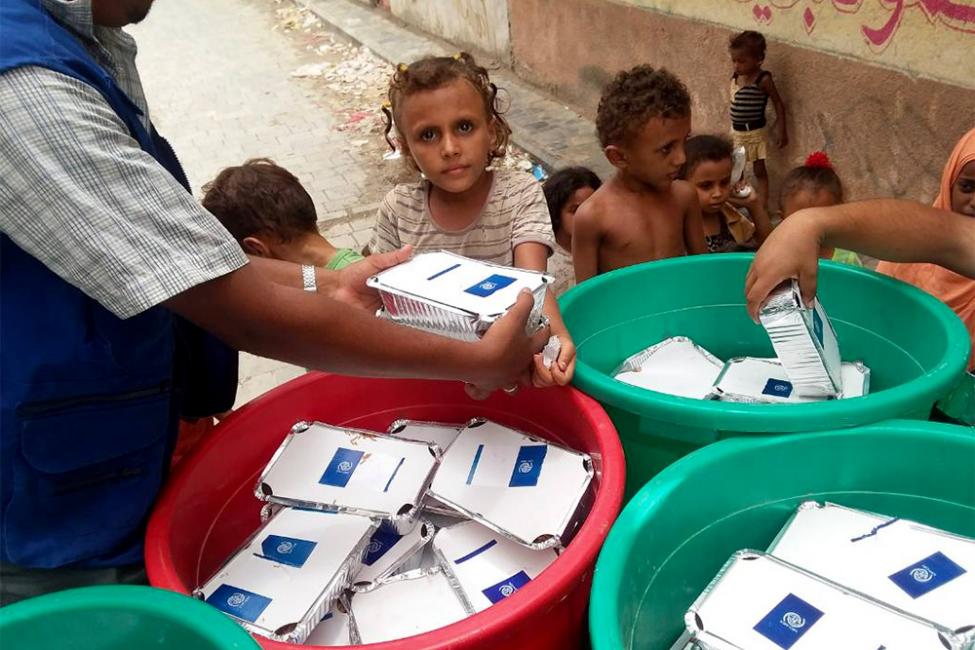 IOM establishes kitchens in four schools in Hudaydah where displaced people are currently residing. Through these kitchens and other facilities, over 20,400 hot meals have been served since the current crisis began. Photo: IOM 2018 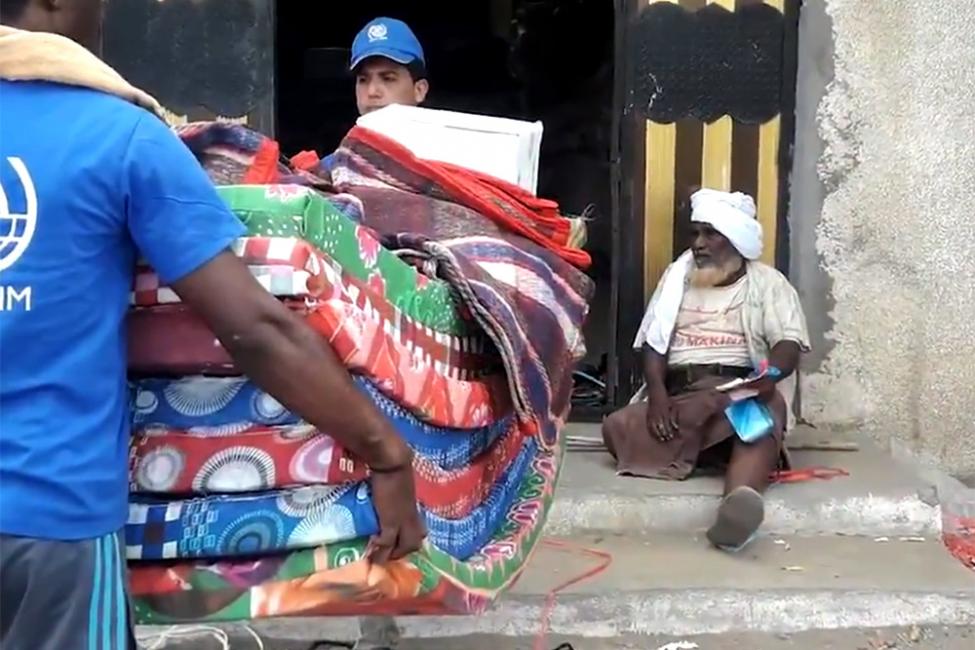 Yemen – IOM, the UN Migration Agency, estimates Hudaydah’s displaced population has now reached an estimated 336,846 men, women and children due to a flare up in violence that began two months ago.

The world’s worst humanitarian crisis deteriorated further in June 2018 when a frontal assault on Hudaydah, Yemen’s main port city, led to the displacement of more than half of the city’s 600,000 population, according to IOM’s latest surveys of the population.

More recent reports from the past week, which were not included in IOM’s latest report, indicate over 1,000 households having been displaced in Zabid between 8 July and 15 July, the majority within Zabid district and some households moving to Bayt Al Faqiah. Most of the displaced population has been living on savings, selling property, gold, cars, and other assets they had for almost two years now, since the collapse of the government and infrastructure in Yemen.

Since 13 June, IOM has provided 4,680 medical consultations, antenatal care to 337 pregnant women, reproductive health consultations to 531 individuals and psychosocial support to 500 people, as well as conducting health promotion activities that have reached over 1,600 people. IOM distributed food rations, basic hygiene items and other essentials to over 3,300 displaced people. Shelter materials and other essential aid were provided to 1,400 families, as well as 20,850 hot meals in various areas of displacement. To ensure their safety and access to humanitarian services, IOM has helped transport over 1,000 displaced people to various locations.

IOM DTM uses the Emergency Tracking Tool to compile daily information from various partners including local and international NGOs, and local and national authorities. While IOM field teams verify information provided by partners where it has direct access, in other locations, IOM relies on checks completed by field partners to confirm or provide alternative figures.