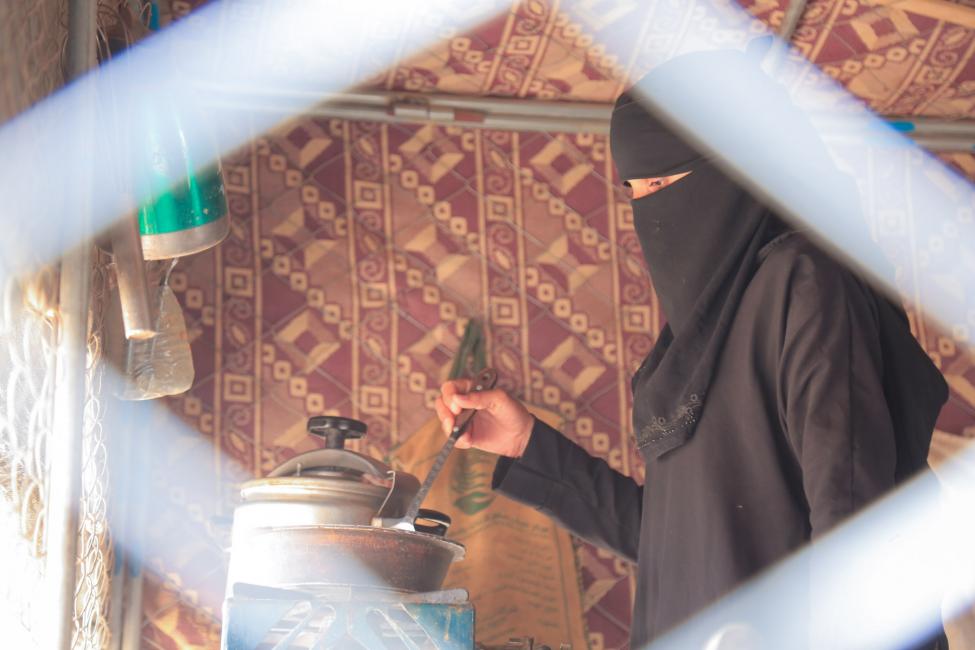 A displaced woman, one of 90,000 to have fled to Marib since January, prepares a meal in her makeshift shelter. Photo: IOM 2020 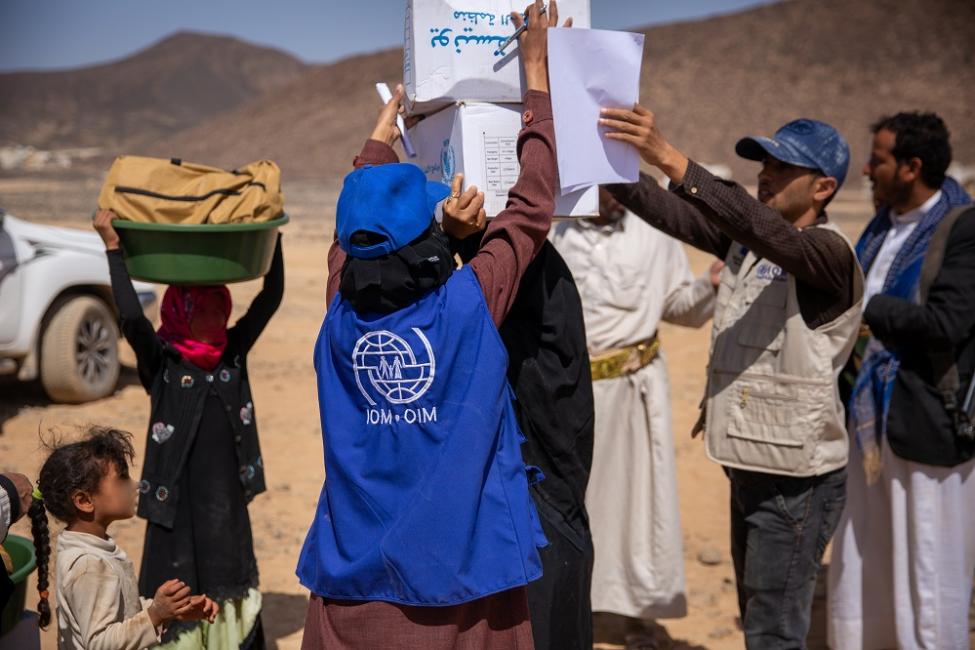 Marib – Deadly fighting now is entering its tenth month in northeast Yemen, where more than 90,000 people have been displaced to and within Marib governorate since January. That’s over half of all conflict-related displacement in Yemen this year.

The situation is about to get worse.

“We are hugely concerned about the devastating impact of heavy fighting getting closer to areas  heavily populated with civilians - displaced people, locals and migrants,” said Christa Rottensteiner, IOM Yemen Chief of Mission.

Arriving with little-to-nothing, the vast majority of those being displaced today have no option but to shelter in extremely overcrowded settlements in Marib city and surrounding areas where they lack the most basic services needed to survive.

Added IOM’s Christa Rottensteiner: “We hope that a peaceful resolution can be found soon to prevent a massive displacement crisis: hundreds of thousands of people could be forced to flee, many of whom would be running from this conflict for the second, third or even forth time. And more areas would become unreachable for humanitarian organizations, meaning vulnerable communities would be left without even the most basic support.”.

Displacement to Marib governorate has been ongoing since the start of Yemen’s conflict. In 2018, the International Organization for Migration (IOM) recorded some 800,000 displaced people living there—which at the time represented nearly a tripling of Marib’s pre-conflict population. Today, the number of displaced people in the same area is believed to be even higher, given the recent combat and displacement.

“For years, the host community has generously welcomed displaced families, despite increased pressure on public services, but should the fighting persist, we will see the needs in Marib rise to even more alarming levels,” said Rottensteiner.

“While IOM teams and partners are working hard to respond, they are facing an uphill struggle, given the amount of suffering. Displaced families are in dire need of safe shelter, clean water, sanitation and food support,” she added.

Of the families displaced since January, an estimated 70 per cent are in need of shelter support, as they are living in makeshift shelters, many families in one small tent, overcrowded and dangerous abandoned buildings. Others are sleeping out in the open. Fewer than five per cent have regular access to a latrine. When combined with the fact that displacement sites are overcrowded, this creates an extremely worrying situation given that hygiene and physical distancing are key to combatting the spread of COVID-19.

Adding to the hardship, Marib governorate was recently heavily affected by floods. An estimated 17,000 families have been impacted, many of whom had been displaced already and were living in makeshift shelters.

Since establishing an office in Marib last year, IOM has reached more than 25,000 families with assistance, which includes health care, shelter, improving displacement sites, water, sanitation and hygiene, and protection services. IOM is also constructing a humanitarian hub in Marib to support a larger response by providing workspace for response partners.

There are currently 140 displacement sites in Marib governorate, according to local authorities. These include sites like Al Jufainah, the largest camp in Yemen which accommodates some 40,000 people, as well as informal sites of small groups of families living in abandoned buildings. Since the start of hostilities in January, at least 23 displacement sites on the frontlines were evacuated when residents had no option but to flee for their lives, while 13 new sites were established by the displaced community, local authorities and partners. Many of these new sites lack minimum humanitarian services.