END_OF_DOCUMENT_TOKEN_TO_BE_REPLACED

The IOM office in Djibouti was established in 2009, following a cooperation agreement between IOM and the Government of Djibouti. The agreement effectively added Djibouti to the number of Intergovernmental Authority on Development (IGAD) member states where IOM is operational in the Horn of Africa.

Djibouti has unique migration challenges owing to its location at the crossroads linking Europe, Asia and Africa. It is also a gateway from the Horn of Africa to the Middle East and, although not documented, is increasingly becoming a source and transit country for movements across the Gulf of Aden and beyond. The move to establish a presence in Djibouti therefore will see IOM expand its activities in the Horn of Africa.

Since 2009, Djibouti has become a major point on this migration route and thousands of irregular migrants now use Djibouti as both a country of destination and transit on their journey to the Arabian Peninsula. Recently, Djibouti has witnessed an increasing flow of migrants and asylum seekers from the Horn and Eastern Africa (mainly Somalia and Ethiopia), owing to the critical situation in these countries. The situation has worsened during recent months due to increased food insecurity in Ethiopia, brought on by drought and food shortages in the country, and the breakdown of law and order in Somalia, which is of grave concern to the neighboring countries.

Irregular migration often places people in vulnerable situations and exposes migrants to economic exploitation, abuse, physical and/or gender-based violence, detention with poor humanitarian conditions and the potential for disease transmission including TB and diarrhea, detention, destitution and in extreme cases, even loss of life. The growing influx of migrants is posing a great challenge to the Djiboutian authorities who require additional capacity to cope with the current situation.

As an inter-governmental organization, IOM works with the Government of Djibouti and partners in the international community to: build capacity in migration and border management for senior government officials; conduct border assessment for appropriate policy and operational response; and profiling irregular migrants residing in or transiting through Djibouti as well as strengthening existing task force on migration.

The IOM Regional Office in Nairobi provides operational support to the Djibouti office through technical and logistical programme support in multiple areas, including capacity building of migration-related government institutions, movement of refugees to third countries, Assisted Voluntary Return (AVR) of irregular migrants to countries of origin, and awareness building on the risks of irregular migration.

For more information on IOM’s activities in Djibouti, visit the website of IOM’s Regional Office for East and Horn of Africa. 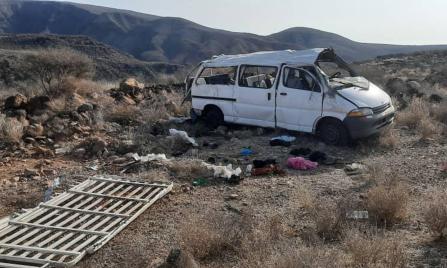 When Tragedy Strikes: A Migration Journey Ends Deadly for Ethiopians in Djibouti 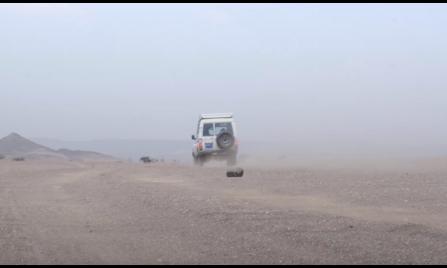 Responding to Migrants’ Needs in the Djiboutian Desert 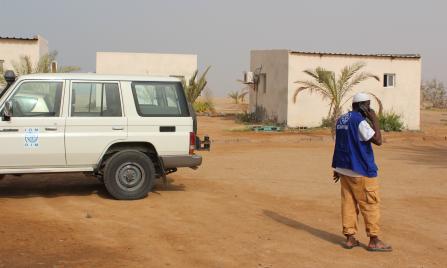 In the Djibouti Desert, a Lifeline for Newly Arrived Migrants 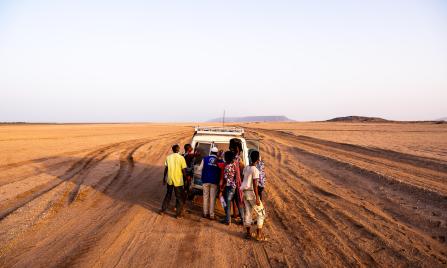 44 Dead after Smuggler's Boat Capsizes off the Coast of Djibouti