END_OF_DOCUMENT_TOKEN_TO_BE_REPLACED

Vanuatu is made up of 83 islands in the South Pacific, Melanesian region. Vanuatu has three official languages: Bislama, English and French, as well as more than 100 local languages from the different islands. According to the 2018 WorldRiskReport, Vanuatu is the most at-risk country for natural disasters worldwide, which is indicative of the level of exposure to extreme natural events such as cyclones, earthquakes, tsunamis and volcanic eruptions, as well as the capacity to respond and cope to impacts from natural disasters and climate change. In 2015, Vanuatu experienced a devastating category 5 Tropical Cyclone, referred to as Cyclone Pam, which passed close to the capital Port Vila. Cyclone Pam affected over 188,000 people, which is more half of the national population, destroying 95% of food crops in affected areas and damaging or destroying more than 70% of health facilities and 50% of schools (World Vision).

In June 2017 a volcano erupted on the island of Ambae in Vanuatu. After a state of emergency was activated, the entire population of the island (approximately 11380 people) were required to evacuate to neighboring islands.

IOM has been working with government and local counterparts in Vanuatu since 2011, with a focus on field of displacement management and migration management. In cooperation with the Ministry for Climate Change and its National Disaster Management Office (NDMO), IOM works to help communities to better prepare for, respond to and recover from displacement related to natural disasters and climate change, including as the co-lead of the Evacuation Centers Working Group. IOM also works with the Ministry of Internal Affairs (MOIA) to improve migration governance, visa and border management policies and practices, and support in counter-trafficking.

For information on IOM activities in Vanuatu, contact the IOM Regional Office for Asia and the Pacific (Bangkok): 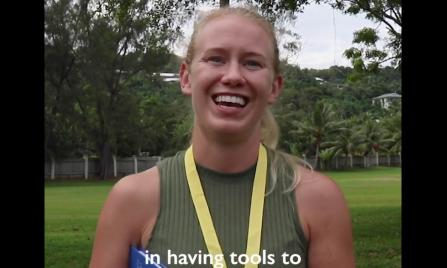 Caroline Logan: Smart Migration Policies and Mobility in the Pacific 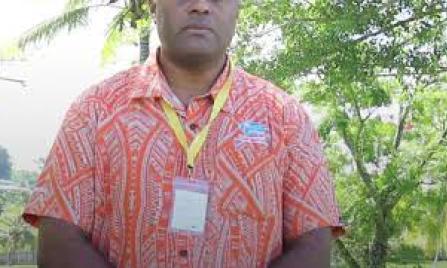 Akuila Ratu: Visas, mobility and cooperation in the Pacific 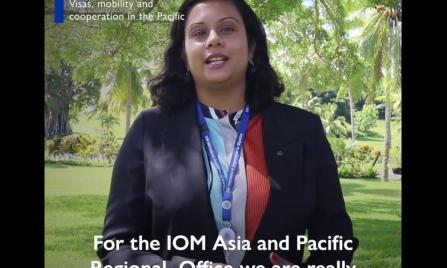 Ihma Shareef: the challenges of immigration border management in the Pacific

ACP, EU, IOM Focus on Visas, Mobility and Cooperation in the Pacific