In response to the call to “leave no one behind”, which is at the core of the UN 2030 Agenda for Sustainable Development, governments, humanitarian and development actors should integrate the health needs of migrants into global and national plans, policies and strategies across sectors and across borders in accordance with the 17 Sustainable Development Goals (SDGs) and their respective targets. The SDGs provide an opportunity for the international community to promote migration health issues, as addressing the health of migrants will contribute to achieving several of the SDGs.

Migration is a social determinant of health that can both improve the health status of migrants, their families and host communities, as well as expose them to health risks. Migrants and mobile populations face many obstacles in accessing essential health-care services due to several factors including irregular immigration status, language barriers, a lack of migrant-inclusive health policies and inaccessibility of services. Such disparities impact the well-being of migrants and host communities and can undermine the realization of global health goals.

The clear link between global health goals and the inclusion of migrants in health services, for instance, can be traced through Targets 3.8 on Universal Health Coverage (UHC) and 10.7 on orderly and safe migration through well-managed migration policies. The positive potential of migration for the development of countries and communities should be fully recognized in the path towards UHC and the inclusive achievement of health-related SDGs. Helen Clark (PMNCH), António Vitorino (IOM) and Zsuzsanna Jakab (WHO) during the side event of the 74th UNGA, September 2019.

With at least half of the world’s population still lacking full coverage of essential health services, it is important that national UHC plans reach the furthest behind first, respecting the principles of equity and non-discrimination and empowering those who are in vulnerable situations, including through financial protection. Improved health outcomes for migrants and communities at origin, transit and destination can be achieved by emphasizing whole-of-society and whole-of-government actions for promoting the health of migrants.

Such approaches were emphasized at the September 2019 UN General Assembly High Level Meeting (HLM) on Universal Health Coverage (UHC), to which IOM participated. During the HLM on UHC, a Political Declaration was approved by Member States. This Declaration includes specific mention of migrants as well as several migration-relevant issues throughout the text, including to complex emergencies, international migration of health workers and climate change. During the HLM, IOM delivered a statement, stating that for UHC to be truly universal, “it needs to progressively include migrants”.

On the margins of the HLM on UHC, IOM co-organized a side event on migration health and UHC at the New York UN Headquarters. The IOM Director General, along with WHO Deputy Director General and Ministers from Luxembourg and Morocco, gave opening remarks, followed by a panel discussion with remarks from Mexico, Colombia, IFRC, the World Bank Group, Civil Society Action Committee on Migration, Lancet Migration, International Center for Migration Health and Development and The Partnership for Maternal, Newborn and Child Health. IOM also engaged in several events organized by various partners during the 2019 UNGA high-level week, to emphasize the link between UHC and migration health and the need for evidence-based discourse on migration health based on best practices and national migration realities.

In the effort to strengthen partnerships towards achieving migrant-inclusive UHC, IOM is a signatory to the UHC2030 partnership, a multisector movement for accelerating equitable and sustainable progress towards UHC. IOM, in partnership with WHO, the World Bank, Member States, civil society organizations, private sector and other partners, commits to raise awareness of UHC global commitments, facilitate knowledge sharing and advocate for increased investment and political will for health systems strengthening towards UHC.

Global health partnerships that go beyond the health sector alone, will be critical to ensure that the path towards achieving UHC is migrant-inclusive, including partnerships with UN agencies, governments, academia, civil society and migrants themselves. 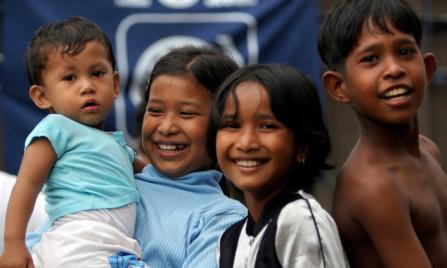 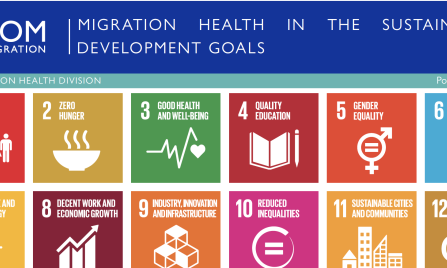