In the Face of Climate Change, Migration Offers an Adaptation Strategy in Africa 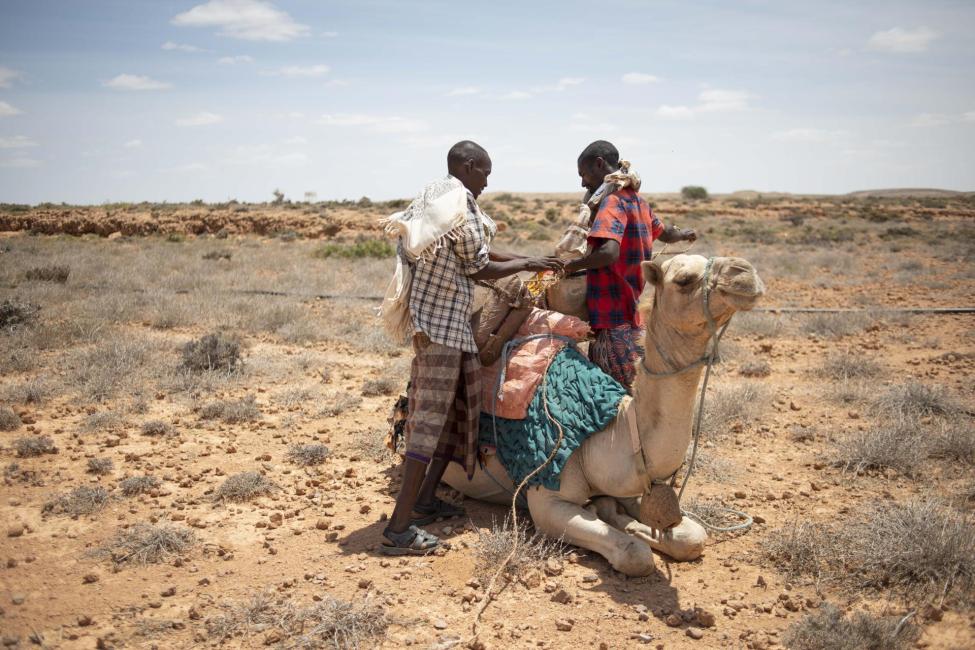 Libreville – Countries around the world are feeling the impacts of climate change, which is affecting their communities. In Africa, migration induced by slow onset events such as droughts, desertification, deforestation, water scarcity, rising sea levels, and coastal erosion has increased in occurrence and severity over the last few decades due to the adverse effects of climate change.

The Africa Climate Week, organized from 29 August to 2 September, presented an opportunity for African countries to discuss regional climate action solutions ahead of the 27th Conference of the Parties of the UNFCCC (COP27), the global climate change forum that will take place in Egypt in November.

Human mobility in Africa carries a long history and is a key driver for the resilience of communities. As part of the 2063 African Union Agenda and the Global Compact for Migration objectives, there is now recognition that migration can become a development enabler, a strategy to improve sustainable livelihoods, and adapt to environmental pressures and climate change.

The West and Central Africa region accounted for 265,400 internally displaced persons (IDPs) due to disasters (such as floods, storms, or landslides), approximately 3 per cent of total IDPs, as of the end of 2021, according to the Internal Displacement Monitoring Centre. And so far in 2022, the Republic of Congo has been the most affected country, according to the United Nations Office for the Coordination of Humanitarian Affairs (OCHA), followed by Chad, Liberia, Nigeria, and Niger. Eleven countries are considered flooding hotspots by OCHA in 2022, including Chad, Côte d'Ivoire, and The Gambia.

In the East and Horn of Africa, a fourth consecutive year of drought in the region has engendered loss of livestock and livelihoods, leaving millions of people severely affected in Kenya, Somalia, and Ethiopia, and pushing tens of thousands of families to leave their homes in search of food, water and pasture, many to urban areas.

For a continent hosting 37 per cent of the world’s nomadic population, labour migration has always been a way for rain-fed rural communities to cope with environmental pressures.

“While there has been growing recognition of human mobility in the context of climate change in the global narrative, funding sources remain scarce," added Ambassador Caroline Dumas at the Africa Climate Week. "African stakeholders often stress the lack of accessibility of climate finance by the communities who need it most. We need to contribute to address this important issue altogether."

Last month, Member States from the Intergovernmental Authority on Development (IGAD), the East African Community and the States of East and Horn of Africa, signed the Kampala Declaration on Migration, Environment and Climate Change. The signatory states urgently call for the world to respond to the impact of climate change on human mobility across the region and continent, and support affected communities, who are among the world’s most vulnerable, to adapt to climate change realities. This declaration also recognizes the need for creating and increasing investment in green economy, such as circular economy, renewable energy and energy efficiency, climate smart agriculture, digital economy, and nature-based solutions.

In West and Central Africa:

In East and Horn of Africa: