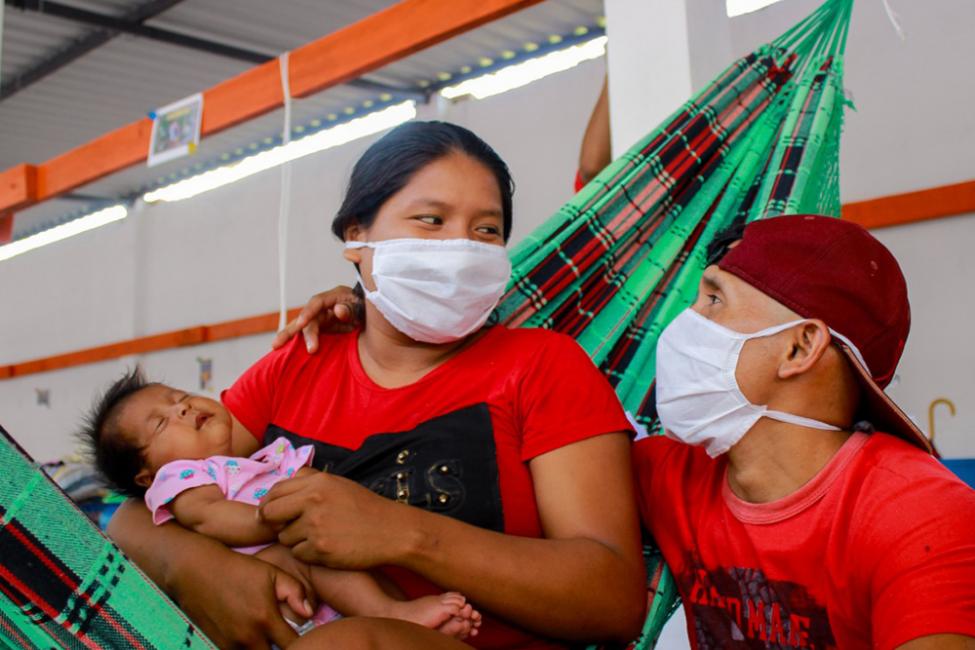 Brasilia – At least 5,000 indigenous people born in Venezuela have arrived in Brazil since 2016, crossing the two countries’ borders as part of the mass movement of Venezuelan refugees and migrants sweeping the region.  These people, approximately 65 per cent of whom are from the Warao ethnic group, have specific cultural traditions which must be taken into account.

The International Organization for Migration (IOM) this month is partnering with Brazil’s Ministry of Citizenship, its Ministry of Women, Family and Human Rights and the National Indigenous Foundation (FUNAI) to launch a comprehensive survey of the indigenous Venezuelans now living in Brazil.

This daunting undertaking will register these indigenous peoples in more than 40 different municipalities in five regions of Brazil. Preliminary data collection by IOM’s Displacement Tracking Matrix (DTM) teams has started and will serve as a national sample pool for how the Warao and other indigenous Venezuelans now live in the country.

“The DTM will catalogue the indigenous peoples’ reasons for migrating, the circumstances of that migration and their priority needs in accessing services – such as social assistance, food security, housing, health, livelihoods and education,” said IOM Brazil spokesperson Julianna Hack.

She noted that the DTM survey will also compile a population profile, citing the ethnic-cultural characteristics of the different indigenous groups who have entered Brazil in recent years.

“Our participation in the DTM will bring contributions from a human rights perspective,” she said. “The ministry will integrate the data analysis teams’ findings, which will help formulate and implement public policies to promote and protect this population.”

The survey’s pilot phase started in Boa Vista and the capital, Brasilia. Other cities are being identified with the support of local governments. The study will be carried out within the framework of the Technical Cooperation Agreements between the Ministry of Citizenship and IOM.

The national DTM on the indigenous people from Venezuela continues an earlier IOM initiative done in 2020 in the northern state of Maranhão.

“DTM research is a valuable instrument that allows public authorities to have qualified elements for their planning,” explained Miguel Ângelo Oliveira, National Social Assistance Secretary of Brazil’s Ministry of Citizenship.

“This national survey will allow everyone involved in the humanitarian response to expand their knowledge about the presence of indigenous people from Venezuela,” said IOM Chief of Mission in Brazil, Stéphane Rostiaux.

“With current and accurate data, it is possible to plan activities with more accuracy and with respect for indigenous cultures.”

Earlier IOM studies on the indigenous populations from Venezuela, published in English, can be accessed here:

Diagnosis and evaluation of migration from Venezuela to Manaus, Amazonas.

Legal aspects of assistance to indigenous migrants from Venezuela to Brazil

The DTM is part of IOM's strategy to support Brazil in welcoming and integrating refugees and migrants arriving from Venezuela. It has the financial support of the Bureau of Population, Refugees, and Migration (PRM) of the Department of State of the United States.