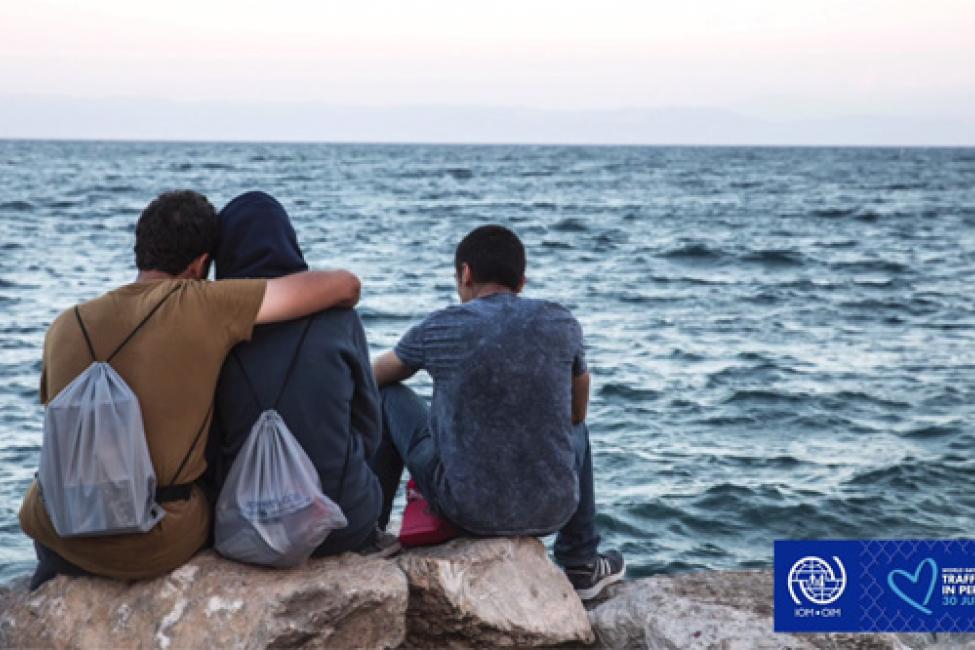 Geneva – On the occasion of World Day against Trafficking in Persons (30/07), new data released by IOM, the UN Migration Agency, show that in the last ten years, almost 80 per cent of journeys undertaken by victims trafficked internationally cross through official border points, such as airports and land border control points.

Trafficking in persons is often seen as an underground activity, linked to irregular migration, and hidden from the authorities and the general public. IOM case data depict a different story, indicating that most trafficking is in fact happening through official border points. This highlights the crucial role that border agencies and service providers at border points can play to identify potential victims and refer them for protection and assistance.

Victims are exploited at some point during their journey in two thirds of cases, meaning that they are likely to cross official borders having already experienced some form of exploitation, while one third may still be unaware that they are being trafficked and may believe they are taking up new opportunities abroad that have been promised to them.

Khadija, a fourteen-year-old girl, was trafficked through an official border point between Uganda and Kenya in 2015. Without her knowledge, her father had arranged to marry her off in Kenya, and sent her to Kenya with a man she didn’t know. When Khadija and the man reached the border between Uganda and Kenya, he took her passport and told her he would help her clear immigration. He hid her under the seat of the car until they were on their way to the Kenyan capital. Khadija was transferred to members of her family who were arranging the marriage. Luckily, Khadija was able to contact her embassy, who helped her with IOM support.

The figures presented here are based on data from victims IOM assisted during the last ten years, involving about 10,500 journey legs undertaken by nearly 8,000 victims. The data are hosted on the Counter-Trafficking Data Collaborative (CTDC), which is the world’s first data portal to include human trafficking case data contributed by multiple agencies. Launched in 2017, the CTDC currently includes case records of over 80,000 trafficked persons from 171 countries who were exploited in 170 countries.

The final draft of the Global Compact on Migration for Safe, Orderly, and Regular Migration, adopted by UN Member States on the 13 July 2018, calls for whole-of-government approaches to enhancing border management cooperation on proper identification, timely and efficient referral, as well as assistance and appropriate protection of migrants in situations of vulnerability at or near international borders, in compliance with international human rights law. It highlights the need for improving screening measures and individual assessments at borders and places of first arrival, by applying standardized operating procedures developed in coordination with local authorities, National Human Rights Institutions, international organizations and civil society.

IOM’s new data echo this need and show that national governments should devise and operate robust border management procedures that are sensitive to migrants’ vulnerabilities and protection needs, coupled with well-established systems to ensure that migrants having suffered from violence, exploitation, and abuse are identified and referred to relevant service providers in a timely manner.

Front-line actors, including border management officials at air, sea and land border-crossing points, can play an important role in facilitating the timely identification of victims and potential victims of trafficking, as well as of traffickers. There is a need to continue developing the capacity of these actors to identify and refer victims of trafficking at an early stage upon arrival, and to strengthen cooperation mechanisms at border points so that victims who are identified upon arrival can be referred to service providers for their protection and assistance.

It is also important to continue providing training and awareness raising to service providers at border points in departure and destination countries such as airport staff, airline personnel, and railway personnel, and to develop procedures for communication and reporting to local authorities. Leveraging technology at border points could also contribute to improving data collection which, in turn, can help with risk analysis and smarter identification in real-time.

IOM’s programming provides a unique source of primary data on human trafficking. The organization maintains the largest database of victim case data in the world, which contains case records for over 50,000 trafficked persons whom it has assisted. This victim case data is used to inform policy and programming, including for estimating prevalence and measuring the impact of anti-trafficking interventions.

More information about IOM’s Counter-Trafficking initiatives can be found here.