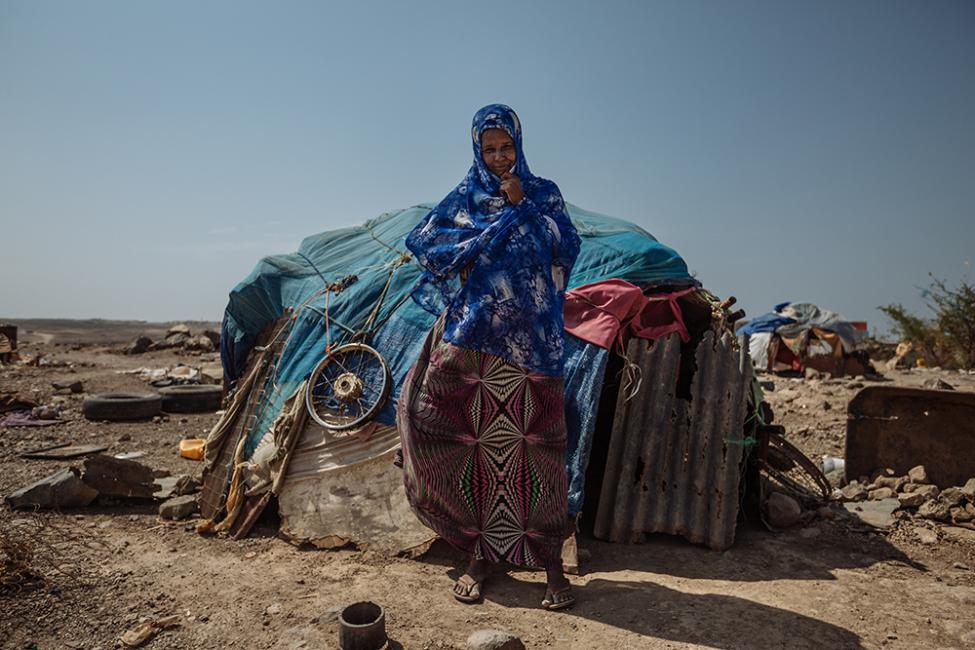 Madina, an Ethiopian migrant, is one of the hundreds of thousands who travel within the Horn of Africa and the Gulf regions every year to find better opportunities. Photo: IOM/Muse Mohammed.

Geneva/Djibouti City – The International Organization for Migration’s (IOM) Displacement Tracking Matrix (DTM) forecasts a 50 per cent year-on-year rise over 2017 in migrant arrivals to Yemen – with nearly 150,000 migrants expected to enter the country in 2018. This, despite the ongoing conflict in Yemen and deadly perils along migration routes across the Horn of Africa and the Red Sea.

IOM recognizes the challenges facing the region’s states in protecting and responding to this dire humanitarian situation. Therefore, tomorrow (05/12) IOM will bring together seven countries – Djibouti, Egypt, Ethiopia, the Kingdom of Saudi Arabia, Kuwait, Somalia and Yemen – for a conference in Djibouti: Drawing on Peace Dividends in the Horn of Africa to Ensure Urgent Enhancements in the Management of Migratory Flows to Yemen and the Gulf Countries.

In July, IOM, together with key UN and NGO partners, launched the Regional Migrant Response Plan for the Horn of Africa and Yemen, a three-year multi-partner strategy to address humanitarian and development needs tailored to this migration corridor.

Located at the cusp of two continents, Yemen historically has been an origin, transit and destination country of migrants. Today, an estimated 92 per cent of its incoming migrants are Ethiopian nationals, with Somalis accounting for the rest. In 2017, an estimated 100,000 migrants reached Yemen.

Migrants reaching Yemen travel first by land, primarily through Djibouti, and eventually undergo perilous boat journeys across the Gulf of Aden to Yemen, now one of the busiest maritime migration routes in the world. A smaller number sails from Somali’s coastline.

Both routes are also among the world’s most “youthful,” in the sense that minors account for an estimated 20 per cent of the migrants. Many are unaccompanied.

The upsurge in Yemen’s migrant arrivals exceeds 2018 arrivals to Europe via the Mediterranean Sea (107,216 arrivals thus far in 2018).

“These migrants dream of a better life for themselves and their families, they seek work, security and new opportunities, and most are too young to understand the difficulties ahead,” said Mohammed Abdiker, IOM’s Director of Operations and Emergencies. “Instead, they face risk and abuse on the way, including human trafficking. Most who make it to Yemen then find themselves stuck in a conflict, exposed to further violence and danger.”

The Drawing on Peace Dividends conference will foster dialogue between IOM, its humanitarian partners and representatives of the seven countries.

IOM hopes, because of the discussion, these states will take tangible actions to strengthen immediate humanitarian assistance for the protection of migrants; address the root causes of dangerous migration; and encourage more robust legal mechanisms for migration while opening opportunities for transiting migrant populations, as well as sending and host communities.

In his prepared welcome remarks IOM Director General, António Vitorino said: “We are here today to put measures in place to protect people on the move, prevent future loss of life, and address the root causes and drivers of irregular migration in the region. Orderly, safe and dignified migration is not possible without the pursuit of sustainable peace and development in countries of origin, transit and destination for migrants.”

“I invite you to engage in meaningful discussions devoted to ensuring the immediate humanitarian and protection needs of migrants and host communities,” added DG Vitorino.

DG Vitorino urged participants to not lose sight in 2019 of the continued peril migrants face on this route. Since the beginning of 2014, IOM’s Missing Migrants Project has recorded more than 700 deaths in the Gulf of Aden.

The conference is being generously supported by Djibouti and the King Salman Humanitarian Aid and Relief Centre.

Recent IOM data is based on the assessment of DTM flow monitoring points in Somalia, Djibouti and Yemen.