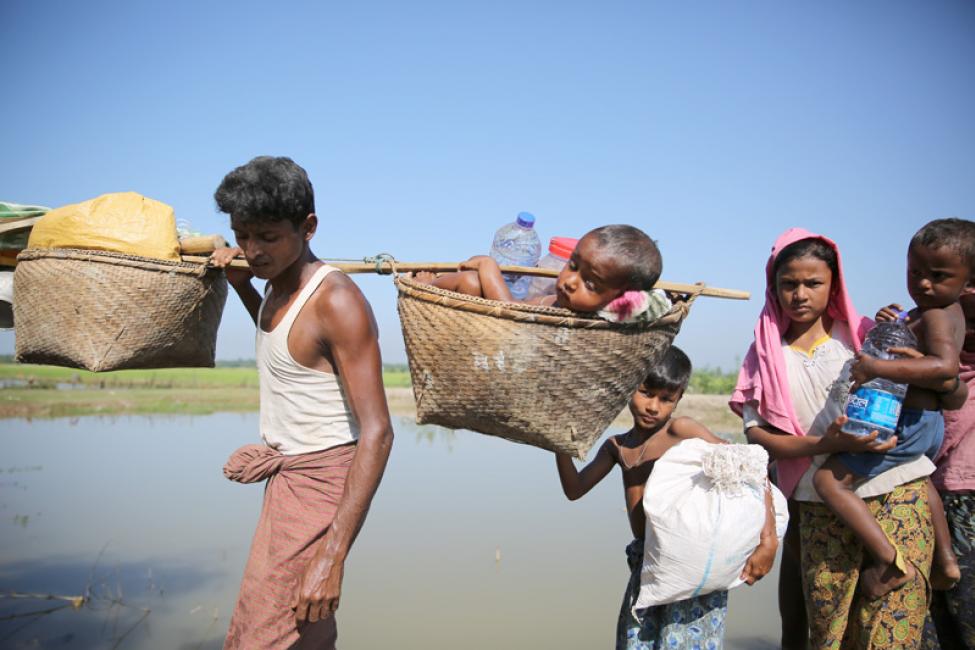 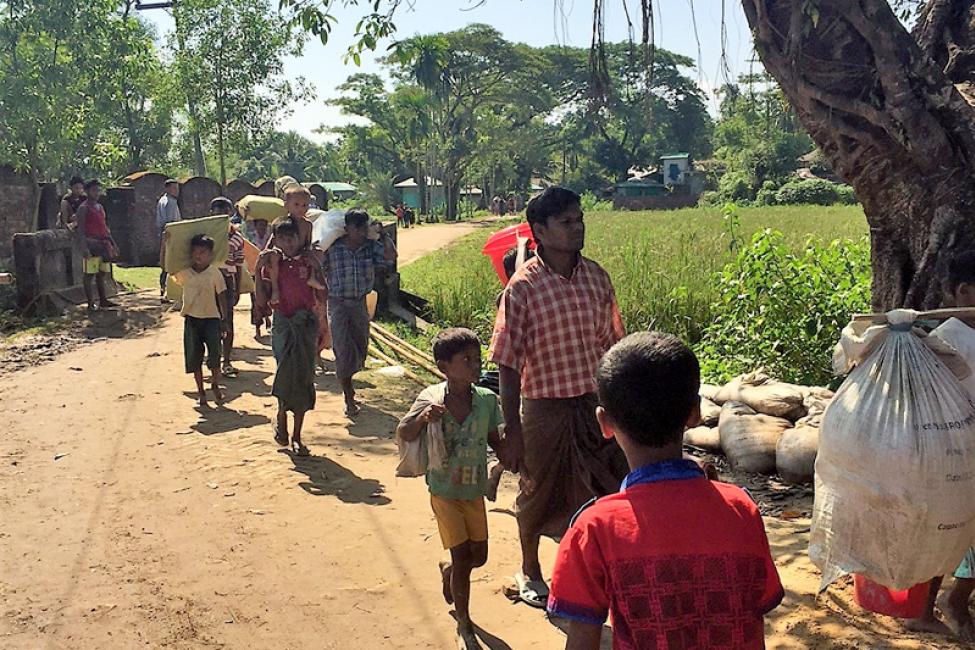 Cox’s Bazar - Over the last 48 hours some 4,000 Rohingya refugees crossed into Bangladesh from Myanmar at the Anjumanpara border crossing point. Traumatized, hungry and fearing for their lives, the refugees had camped out in the open in an area of no-man’s land between the two countries. They crossed at low tide where they were met by Bangladeshi border guards.

Early Thursday morning, the refugees, many of them vulnerable women and children who had been walking for days crossed into Bangladesh’s Cox’s Bazar district assisted by the border authorities. Some 1,400 crossed to a transit area to be registered.

The refugees are fleeing the violence, which has convulsed their communities in Northern Rakhine State since late August. The refugees join over 820,000 already living in some safety in Cox’s Bazar, where over 607,320 have arrived since 25 August.

Overnight, a further 2,000 fleeing Rohingya reached the crossing point and were assisted by the Bangladeshi authorities. They were being assisted by local authorities and medical services, including vaccinations, were being provided, along with screening by humanitarian organizations for those refugees judged to be extremely vulnerable so that they could receive timely specialized assistance.

The UN Migration Agency, IOM runs a reception area at Balukhali in the Bangladeshi city of Cox’s Bazar. There, emergency assistance was being provided in cooperation with Médecins Sans Frontières (MSF), the United Nations Children's Fund (UNICEF), the UN Population Fund (UNFPA), and UNWOMEN along with various local volunteer organizations and members of the local community.

Upon entering Balukhali, the refugees received emergency shelter materials, dignity kits, sandbags to support self-settlement and mitigate the impact of heavy rainfall and flash flooding as well as to create retaining walls meant to reduce the risk of landslides. The IOM site development unit had already prepared this zone for the relocation of refugees from high density areas.

“Most people I talked to have walked for eight to ten days, getting to the border,” said IOM press officer Olivia Headon, “where they have waited up to four days to cross. They said they had nothing to eat or drink after the first few days.”

She added some arrivals expressed their desire to find family members who had already crossed into Bangladesh, where first responders from various humanitarian agencies provided food and water.

Several Rohingya explained they had hoped to leave Myanmar sooner, but had to wait to harvest and sell their grain to raise funds for their journey, Headon explained. “One man told me he had to pay someone to carry his elderly mother.”

Others continue to arrive in the southern Cox’s Bazar district. On Wednesday a group of 42 traveling by boat – mostly women and children – capsized. Four persons including a minor perished, having been caught by the boat propeller and died from their injuries and drowning.

IOM, the UN Refugee Agency (UNHCR) and other responding organizations are actively working with to improve living conditions in existing settlements and advocating for alternative solutions to accommodate the influx of refugees.